The following message from internationally known human rights leader Julia Wright, eldest daughter of famed writer Richard Wright, was read by Sophia Williams, from the Campaign to Bring Mumia [Abu-Jamal] Home, during the Workers World Webinar: “Save the people’s post office” on Sept. 3. Richard Wright was a postal worker in the late 1920s in Chicago, before he joined the Federal Writers Project and became a novelist. The former postal worker is widely acknowledged as one of the most important writers of the 20th century. 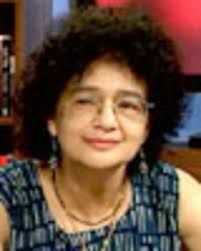 My father, Richard Wright, was born near Natchez, Mississippi, in 1908 to a sharecropping family of former slaves. His mother was a school teacher; but deserted by her husband, she had to look for jobs in white people’s kitchens to feed her two sons, before suffering a series of strokes.

At the core of Richard’s childhood, one bitter, visceral, scarring experience remains: hunger — daily hunger, relentless hunger that would mold his moods, his character, his attitude toward the world during the rest of his short life.

Down South, the only time Richard got enough to eat was when, aged 8, he was taken to live with his Uncle Hoskins in Elaine, Ark. But Silas Hoskins was lynched by whites who considered the saloon he owned had grown too profitable.

Finally, like so many before him and after him, Richard escaped to the North, to Chicago and looked for a job there.

In  “Black Boy/ American Hunger,” he writes: “In June I was called for temporary duty at the post office. My confidence soared; if I obtained an appointment as a regular clerk, I could spend at least five hours a day writing.

“I reported at the post office and was sworn in as a temporary clerk. I earned seventy cents an hour, and I went to bed each night with a full stomach for the first time in my life. . . . But before I could receive a permanent appointment, I would have to take a physical examination, and the weight requirement was 125 pounds, and I — with my long years of semistarvation — barely tipped the scales at 110.

“Frantically I turned all of my spare money into food and ate. But my skin and flesh would not respond to the food. Perhaps I was not eating the right diet? Perhaps my chronic anxiety kept my weight down. I drank milk, ate steak, but it did not give me an extra pound of flesh. . . . Autumn came, and I was called for my physical examination. I had not told my mother or brother or aunt that I knew I would fail. On the morning of the examination, I drank 2 quarts of buttermilk, ate 6 bananas, but it did not hoist the red arrow of the government scales. . . . I went home hating myself.”

Ironically, although Richard finally is able to put on the required weight and obtains the coveted job at the post office, the 1929-1930 depression is on the horizon, and he is put on the dole like millions of others.

I am struck by the similarity of those times to ours: lynchings in the South, but in the North as well; rampant racism; economic depression; mass unemployment; and an old disease rearing its ugly head — syphilis. Like COVID-19 today, the Tuskegee experiment scandalously targeted Blacks: Rural, illiterate southern farmers afflicted with the disease were used as guinea pigs to watch the progression of the infection, under the pretense of a newly discovered treatment. The number of lost lives are to this day unknown.

Although my father left the post office for other jobs and became a known writer, his experience sorting mail remained with him to the point that the heroes of two of his novels work at the post office — Lawd Today and The Outsider. He collected stamps with the enthusiasm of a kid for the rest of his life.

Sept. 4 is Richard Wright’s 112th birthday. This message is as a birthday present to my father who died in 1960.

From where he is, if he saw the U.S. scene today, Richard Wright would understand the strategic importance of the postal services to desperately needed systemic change in our society. Today, Richard would stand with you to protect the machines he had learned to work almost blindfolded. Today Richard Wright would stand with you, because the postal service is like justice; it cannot be stopped, hindered or delayed.

Having lived through a military coup d’etat — the one organized in 1966 at the behest of U.S. interests against the socialist Republic of Ghana — and having read at least one book on the tactics and strategy of coups d’etat (“The War of the Flea” by Robert Taber), I am witness to the fact and given to understand that the first thing the opposing force does is to paralyze the centers of communication of the targeted state: shutting down of airport, radio HQ, and so on and so forth.

The postal services constitute a strategic network of communication staffed by us, the people, which Trump needs to paralyze in more ways than one.

If not prevented, this would be the beginning of a silent coup d’etat!

Our Postal Workers are the strategic foot soldiers in a battle to begin to back down fascism! The struggle will be protracted!

“It is the hour of the furnaces, we only see the light” (Che Guevara.)