This article is an edited version of a talk by Omar Flores during the Aug. 30 UNAC Webinar: “After the DNC & RNC — We Can’t Breathe! Keep it in the Streets — Against Racism, Evictions and War.” Flores is with the Milwaukee Alliance Against Racism and Political Repression. 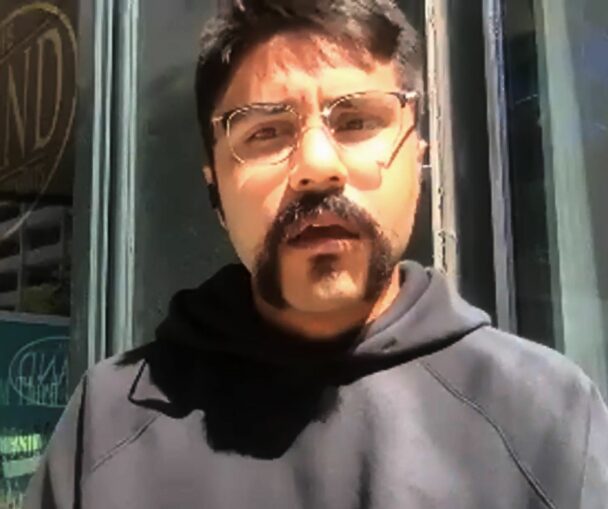 Today I’m speaking on behalf of the Coalition to March on the DNC.

We’ve had three primary focuses of our march, and the first is to defeat the number one enemy of all working people, Donald Trump, here and abroad.

We saw some other work that he tried to do in Venezuela and failed. This is what makes him the enemy of working people: effectively cracking down on labor rights, goading fascists to continue oppressing people in the streets. We’ve marched on Trump in Green Bay; we’ve march on his rally in Oshkosh, as well as Milwaukee.

Our second point is to demand that Democrats take action against police violence and arrest killer cops. Our third focus is to make sure that people keep it in the streets. So from that, I’m going to transition to what’s happening in Kenosha.

Kenosha could be seen as a microcosm of what we see across the country. In Kenosha, with their only focusing on electoral politics, you see this explosion — because people aren’t getting their demands met, and people aren’t seeing justice. People are still seeing violence and seeing killer cops.

What’s happening in Kenosha is what’s happening in a lot of small cities. And a lot of these smaller cities are left behind. It’s really important to keep it in the streets in the small towns and cities and rural areas — anywhere that we can possibly be.  Otherwise, we’re just going to keep seeing these uprisings and people getting killed. We want to get to a point where we’re able to stabilize and have a government that works for the people.

I’ve been out quite a few nights in Kenosha since its uprising happened. We’ve seen militias out in the suburbs. People just out supposedly “defending their neighborhoods” aren’t bothered by the police at all. On the other hand, when we were waiting outside [the jail] for Adelana’s release and the two other SDSers, they attempted to arrest us for just demanding their release.

We very clearly see the direction that this is going. Trump has been rallying his brown shirts for a while now, but we’re starting to see those contradictions hashed out in real time. Final message is that everyone keep it in the streets — because as we’ve seen in Kenosha, rallying around electoral politics is not nearly enough to be addressing this terrible, terrible issue that’s happening around the country and around the world.