Hurricane Laura made landfall Aug. 26 in west Louisiana and east Texas as a Category 4 storm, with winds clocking in at 150 miles per hour.

The Gulf Coast region in the southern U.S. is on the frontline of a capitalist-induced climate crisis. Most of the people residing there are in close proximity to petrochemical complexes, which are responsible for increasing the regularity and intensity of tropical storm systems. 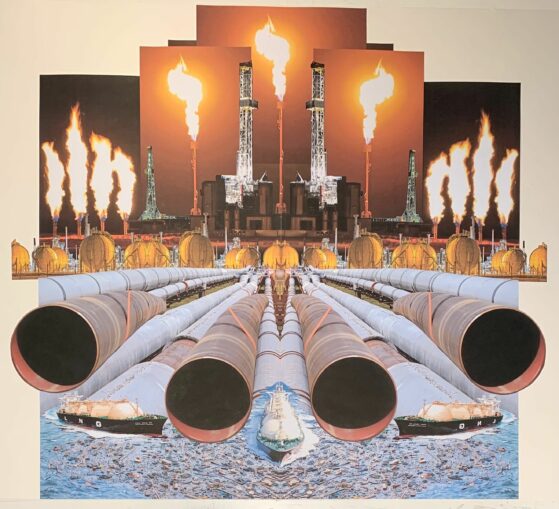 Thousands lost their homes in the wake of Hurricane Laura, and 200,000 people are without water. (Louisiana Department of Health, Aug. 28) Hundreds of thousands across Arkansas, Louisiana and Texas are without electricity.

Many people are projected to lack electricity for several weeks, during extreme heat and under heavy petrochemical pollution. A petrochemical fire at a plant in Westlake, outside of Lake Charles, forced officials to issue a shelter-in-place order Aug. 27 — though not everyone had a place they could shelter in. (Vox, Aug. 29)

Over 1.5 million people were under evacuation orders in Texas and Louisiana just days before the storm made landfall. This sudden mass displacement of people forced to travel during the COVID pandemic, when many are without work or much — if any — income, resulted in conditions ripe for transmission of the virus.

Marshes and coastal wetlands like those along the U.S. Gulf Coast are natural sponges and storm buffers, which are now largely suppressed by concrete cityscaping and especially by petrochemical resource extraction.

The petrochemical facilities, which dominate much of the southern coast, not only pollute local living conditions, but are a major factor in making the entire planet hotter — hot enough to fuel raging wildfires in California and in Australia. (Workers World, Jan. 20 and Aug. 26)

This pollution is hot enough to increasingly force hurricanes to release accumulated heat energy in the Gulf at a rate and intensity previously unseen in human history.

Hilton Kelley, executive director of the Texas-based Community In Power and Development Association, says local communities are dealing with multiple crises amid the devastation of Hurricane Laura: “Whenever you have a huge storm coming in an industrial community [in] the Texas area, what you find is that many of these industries go into shutdown mode. That means they can’t process the oil and make all the products that they ordinarily make. Much of the product that’s left in the pipeline has to be sent to the flares and actually burned, along with a lot of the gases that build up.”

Kelley explained further, “What you see coming off the smokestacks or the derricks are these huge, huge plumes of black smoke and soot. Much of it is contaminated with benzene. Much of it is contaminated with sulfur and other toxins that are not being processed, also volatile organic compounds. And so people are ingesting all of these dangerous toxins and at the same time dealing with COVID-19 and the extreme heat. It really exacerbates the respiratory system and also the immune system, making us more prone to be affected by COVID-19.” (Democracy Now, Aug. 28)

Capitalism is the climate crisis

Poor communities of color always disproportionately bear the brunt of capitalist-induced climate crisis. This is compounded under COVID conditions, which confirms the truth of Ruth Wilson Gilmore’s definition that racism is the state-sanctioned or extralegal production and exploitation of group-differentiated vulnerability to premature death.

The production of oil under capitalism is disproportionately exposing people of color and poor folks to premature and unnatural death. Yet under capitalism, enough resources are being produced that could provide for everyone facing hardship now.

These resources are being hoarded by a few at expense of the workers who produce this wealth — with the heaviest toll falling on the most oppressed members of our class. Oil companies must pay climate refugees and the world reparations!

Groups on the Gulf Coast have been doing work for decades in the fight against climate crisis and pollution. For guidance and leadership and to build solidarity in these struggles, communities can look to organizations like the Texas Environmental Justice Advocacy Service (TEJAS), grassroots collaborative Another Gulf is Possible and Native groups like the Carrizo Comecrudo Tribe of Texas.

Another Gulf is Possible “believes in the power of civil disobedience and direct action through a decolonized, anti-racist and abolitionist framework to directly challenge our elected decision makers and corporate control. [The women of color-led collaborative] utilizes the transformative nature of art and media to inspire and catalyze change.”

More than ever, the survival of working and oppressed people is a life-and-death struggle that depends on the ability to build power in solidarity and — in the words of LGBTQ2S+ activist and writer Leslie Feinberg — become the best fighters against each other’s oppressions. The workers’ struggle against climate crisis, COVID, capitalism, imperialism and patriarchy has no borders. Workers of the world and oppressed people unite!