The Toronto Raptors won their first National Basketball Association championship in Oakland, Calif., in June 2019, when they defeated the Golden State Warriors in a best of seven-game series, four games to two. When the Raptors’ president of operations, Masai Ujiri, attempted to make his way onto the winners’ platform to join in the awards ceremony with his victorious team, he was viciously pushed back by an Alameda County Sheriff’s Department police officer — not once but twice. 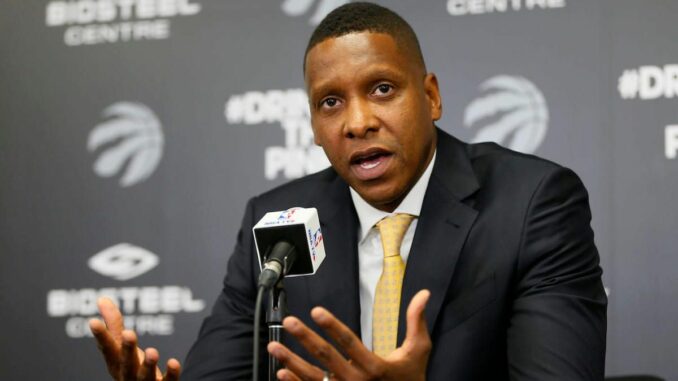 What makes this unfortunate incident so significant is that Ujiri is Nigerian and the officer who assaulted him, Alan Strickland, is white. The fact that the 50-year-old Ujiri was head of a multibillion-dollar team and was dressed impeccably did not matter to the police — in their eyes, he was still a Black person to be demonized.

Strickland pushed him the first time when Ujiri tried to display his credentials.  Ujiri, in a display of righteous indignation, pushed the officer back and was eventually allowed to join his team to celebrate.

This February, the officer brought a lawsuit against Ujiri claiming that he “suffered, and will continue to suffer, physical, mental, emotional, and economic injuries.” (CNN, Aug. 21) Ujiri filed a counter lawsuit Aug. 18 accusing Strickland of perpetrating a fraud, as the recently released police body cam shows Strickland initially physically confronting Ujiri, not the other way around. The Warriors’ president of operations, Rick Welts, made a public apology to Ujiri for the incident, stating how “embarrassed” and “heartbroken” he was. (San Jose Mercury News, Aug. 23)

The Raptors organization issued a statement saying, “We believe this video evidence shows exactly that — Masai was not an aggressor, but instead was the recipient of two very violent, unwarranted actions.” (CNN)

The Alameda County Sheriff’s Department is defending Strickland’s actions, despite the damning evidence against him.

Ujiri issued a statement Aug. 20 linking what happened to him to the Black Lives Matter struggle. He remarked: “The video sadly demonstrates how horribly I was treated by a law enforcement officer last year in the midst of my team, the Toronto Raptors, winning its first world championship. It was an exhilarating moment of achievement for our organization, for our players, for our city, for our country, and for me personally, given my long-tenured professional journey in the NBA.

“Yet, unfortunately, I was reminded in that moment that despite all of my hard work and success, there are some people, including those who are supposed to protect us, who will always and only see me as something that is unworthy of respectful engagement. And, there’s only one indisputable reason why that is the case — because I am Black.

“What saddens me most about this ordeal is that the only reason why I am getting the justice I deserve in this moment is because of my success. Because I’m the President of an NBA team, I had access to resources that ensured I could demand and fight for my justice. So many of my brothers and sisters haven’t had, don’t have, and won’t have the same access to resources that assured my justice. And that’s why Black Lives Matter.

“And that’s why it’s important for all of us to keep demanding justice. Justice for George [Floyd]. Justice for Breonna [Taylor]. Justice for [Elijah McCain]. Justice for far too many Black lives that mattered. And justice for Black people around the world, who need our voice and our compassion to save their lives. Those are the ties that bind us.”

A number of Raptors players, like Serge Ibaka, Fred VanVleet and Norman Powell, along with NBA coaches Doc Rivers and Rick Carlisle have come to Ujiri’s defense.