While the dominant narrative of the “Irish experience” in the U.S. is often reduced to little more than a fairy tale of hard-working immigrants grateful for a stake in the “land of opportunity,” the grim reality for Irish people in the U.S. was, for centuries, characterized by inequality, exclusion and exploitation. As was and is the case with British oppression, the Irish often rebelled in response to U.S. cruelty. 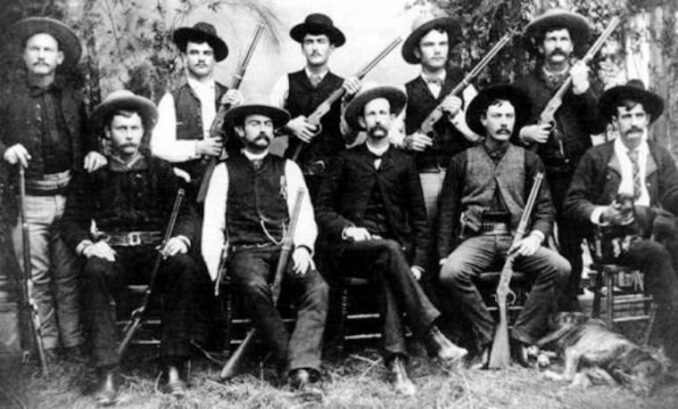 St. Patrick’s Battalion, or San Patricios, was a predominantly Irish unit that fought alongside the Mexican Army in the Mexican-American War of 1846-48, also known as Intervención Estadounidense en México (U.S. intervention in Mexico).

Many members had deserted the U.S. forces in part due to harsh treatment and discrimination at the hands of Anglo-American “superiors.” These brave soldiers were also drawn to the cause of the Mexican people by the parallels between British and U.S. imperialism. The San Patricios are a prime example not only of the rebellious character of many oppressed Irish people in the U.S., but of the capacity to stand in international solidarity against imperialism more broadly.

As the U.S.-born activist Tom Hayden points out in his book, “Irish on the Inside,” the erasure of this radical history has been essential in assimilating Irish Americans into the dominant Anglo culture and enlisting many in the violent upkeep of racial inequality. By supporting the very system that oppressed their ancestors, Irish Americans have been afforded what sociologist W.E.B. Du Bois called “wages of whiteness” — the largely symbolic power that encourages white segments of the working class to consent and participate in reinforcing structural racism. (“The Souls of Black Folks”)

In the England of his time, Karl Marx observed a similar dynamic in which the Irish were on the receiving end:  “In relation to the Irish worker [the English worker] regards himself as a member of the ruling nation and consequently he becomes a tool of the English aristocrats and capitalists against Ireland, thus strengthening their domination over himself. … This antagonism is artificially kept alive and intensified by the press, the pulpit, the comic papers, in short, by all the means at the disposal of the ruling classes. This antagonism is the secret of the impotence of the English working class, despite its organization. It is the secret by which the capitalist class maintains its power.” (tinyurl.com/lp9jac2)

The same social relations play out in the U.S. with many people who claim Irish heritage playing the part of the English (or in this case white) worker. Therefore, the reactionary tendencies among Irish Americans amount to buying in to whiteness at the cost of Irishness.

‘Part of a bigger struggle against capitalism and imperialism’

Bernadette Devlin McAliskey was well aware of this betrayal when she compared Irish Americans to Orangemen — a highly reactionary group that has served to enforce British imperialism in Ireland through force and intimidation. While there have always been those who saw the support of immigrants and colonized people as essential to honoring the struggles of Irish ancestors, there have been too many right-wing Father Coughlins and Paul Ryans, too few progressive Haydens and Berrigans, who protested U.S. war in Vietnam.

To right this wrong requires collectively reconsidering what it means to be Irish American and trying to reorganize communities in a manner that both honors the ancestors and lends itself to the continued struggle for human rights throughout the world.

As Irish Republicans have known for generations, the struggle for Irish self-determination is part of a bigger struggle against capitalism and imperialism.

Likewise, members of the diaspora shouldn’t just be vocal supporters of Irish independence, but dedicated activists and organizers for the international struggle of working and oppressed peoples. Irish Americans in particular have a unique responsibility to oppose inequality along lines of class, ethnicity, place of origin and religion due to our position within the core of the global imperialist system. To combat dispossession, exploitation and oppression in the U.S. is to strike at the belly of the very beast that has fed for centuries on the bodies of colonized people.

Promoting class consciousness and international solidarity within families and communities is the task of revolutionary segments of the diaspora. Following the example of Irish revolutionary and martyr James Connolly, Irish history and culture can encourage Irish Americans to join the socialist cause and to connect the Irish struggle to those of other colonized or oppressed people.

Irish Americans cannot afford to sit back as people around the world fight for their lives against the capitalist mammon on the verge of consuming the planet.

This article was published in a slightly different version Aug. 14 in regenerationmag.org/.