This slightly edited talk was given at the Aug. 6 Workers World Party webinar, “War on the Working Class: the Socialist Response,” which featured education workers. 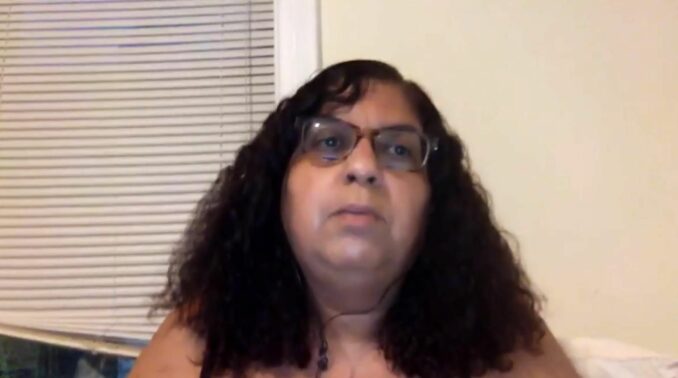 Puerto Rico faces the life-threatening decision of the reopening of schools in the midst of rising COVID-19 cases. This escalation is directly linked to tourism from various hotspots of the pandemic in the U.S. Most countries have closed their borders to U.S. tourists, including the Caribbean islands of the Bahamas, due to rising U.S. cases.

In early March, Puerto Rico was one of the first places to implement health regulations of masks and social distancing, as well as strict curfew measures such as shutting down most businesses and entertainment venues (with exception of supermarkets and pharmacies deemed essential). This has had little impact on the steady rise of cases because Puerto Rico does not have the jurisdiction to close airports.

Governor Wanda Vázquez Garced, who is seeking another term, recently required that all travelers who come to Puerto Rico bring proof of COVID tests or else they must be quarantined for 14 days. Many grassroots organizations have questioned how tourists will be monitored. Meanwhile, major airlines, like American Airlines, are practically giving away fares, with prices as low as $100 round trip.

El Nuevo Día, a major newspaper on the island, has reported that in places like San Juan tourists are not wearing masks nor following social distancing regulations. A recent report stated that tourists caused thousands of dollars of damages in a San Juan mall when asked to use masks.

On July 25, the anniversary of the 1898 invasion of Puerto Rico by the U.S., the grassroots political organization Movimiento Socialista de Trabajadores (Socialist Movement of Workers) staged a car caravan protest to demand the closure of Luis Muñoz Marín International Airport in San Juan.

Issues raised by MST included that 80% of the passengers who arrive at the airport have not had COVID tests. Instead of safeguarding the health and well-being of the Puerto Rican people, the colonial government is pandering to the airline, hotel and service industries that exploit the working class with menial wages of $7.25 to $12.13 an hour without providing health and safety measures to safeguard their lives.

The protesters were met with federal forces, similar to those deployed in Portland, Ore., that proceeded to arrest MST leader, Ricardo Santos Ortiz. They aggressively threw him to the ground and put him in a chokehold that lasted several minutes, as his comrades demanded his release and shared images on social media. As Ortiz was driven away in the police car, images of his treatment started trending, and his comrades and outraged people came in cars to the airport demanding his immediate release.

It was a deja vú of the “Ricky Renuncia” moment when [in 2019] the people took over the streets of San Juan demanding the ouster of then Gov. Ricardo Rosello. The Expreso Román Baldorioty de Castro, the airport freeway, became congested to the point no one could move in any direction or gain passage to the airport.

The airport was at a standstill. People were chanting that they would not move until Ortiz was released, which police did after a couple of hours. Ortiz returned to the site of his arrest to thank everyone who supported this protest to save the lives of Puerto Ricans.

Comuna Antillana y ACASA, and other environmental and community organizations in a second protest under the slogan “Nuestras vidas antes de sus ganancias” (“Our lives before their profits”) to continue the pressure.

According to the New York Times, to date the number of COVID-19 cases in Puerto Rico is 21,424. with 274 deaths. For several months prior to the opening of schools, a coalition, La Mesa Social (The Social Table), was formed, including teacher unions, parents and community groups, led by La Federación de Maestros de Puerto Rico (Federation of Teachers P.R.), Eduquemos (Let’s Educate), Unéte (Join Up) and Comité Timón Pleito de Clase Educación (Steering Committee for Class Litigation for Education). The coalition works to create consensus about demands made to the Puerto Rican Department of Education in order to resume in-person classes.

A petition created on Change.org demanded that classes be remote until the number of COVID-19 cases can be contained according to the Centers for Disease Control and Prevention guidelines. Most of the demands are consistent with the National Resistance Against the Opening of Unsafe Schools in the U.S. Schools must have health and safety protocols in place, such as an on-staff nurse at each school, temperature checks, free available tests and results within 24 hours, as well as contact tracing.

How will students have access to tests when there is a scarcity of coronavirus tests on the archipelago? Puerto Rico has a scarcity while the tests are massively exported to the United States. On Aug. 4, the Colectiva Feminista en Construcción (Feminist Collective Under Construction) protested in front of Abbott Laboratories in Caguas to denounce huge tax exemptions it received from the U.S. federal government.

As students and families grapple with recent Hurricane Isaias and a series of ongoing earthquakes experienced in the southern region of Puerto Rico, La Mesa Social demands that schools be inspected and repaired in regions that have suffered damages and that the schools meet Occupational Safety and Health Administration standards for reopening. Lastly, all students and educators must have technology provided and free internet services. The access to internet and technology is a particularly important point in light of the fact that there is a 44% poverty rate in the archipelago.

As of this date, the Mesa Social coalition of teacher unions, parents and community groups has won a major victory, through collective action, to have remote learning until the conditions in the school community are safe.

As the colonial structure collapses, the U.S. continues to jeopardize the lives of the Puerto Rican people in order to serve the capitalist needs of Wall Street. Puerto Ricans will continue to be on the front lines to defend their lives and their country.

The U.N. Decolonization Committee just approved the 38th resolution supporting the independence of Puerto Rico. For more information, follow A Call to Action on Puerto Rico on Facebook.

Lorraine Liriano Chávez is an organizer with El Frente Independentista Boricua and Call to Action on Puerto Rico.