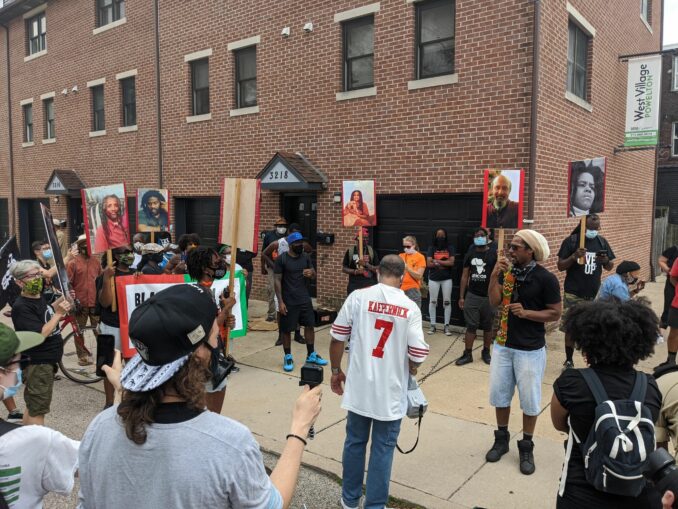 Hundreds rallied at the Philadelphia Museum of Art on Aug. 8 to mark the 42 years since the police riot at the MOVE house in Powelton Village. Demonstrators demanded the release of political prisoner Mumia Abu-Jamal.

The attack on the MOVE organization ended in the destruction of the family’s house and the fraudulent arrest of nine MOVE members. Decades of protests and movement pressure have succeeded in making this the first anniversary of the attack since all MOVE 9 members have been released. However, Phil and Merle Africa were killed by the prison system. Michael Sr., Debbie, Janet, Janine, Eddie and Chuck were all released on parole after 40 years of incarceration. Delbert Africa, who was brutally beaten by police on Aug. 8, 1978, was released early in 2020 but died in June from health problems caused by his 41 years of incarceration.

— Report and photo by Ted Kelly