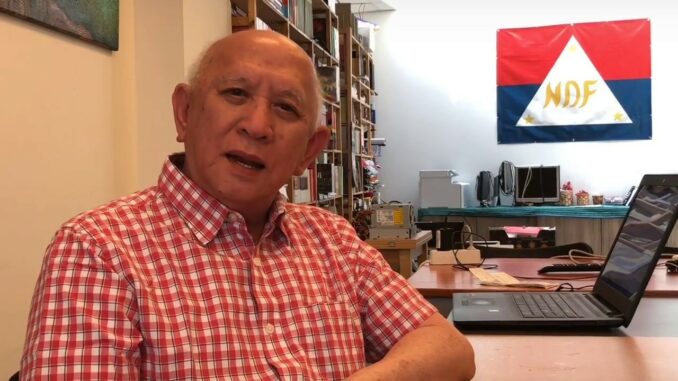 Workers World Party sends its deepest condolences and firm solidarity to the National Democratic Front of the Philippines, the Communist Party of the Philippines and the world proletarian movement on the death of an extraordinary Filipino revolutionary, Fidel Agcaoili, on July 23.

Fidel’s deep, lifelong dedication to organizing working and oppressed people must be held high as an example and inspiration for revolutionaries around the world and in particular the youth.

He endured more than 10 years of incarceration as a political prisoner beginning in 1974 during the Marcos regime, steadfastly refusing to abandon his revolutionary principles.

As a member of the NDFP Peace Negotiating Panel since 1989, he spent decades working toward a just and lasting peace in the Philippines. Since 2016, he had served as the chairperson of the panel.

Fidel supported and participated in the International League of Peoples’ Struggle, a broad, worldwide, anti-imperialist and democratic alliance of mass organizations, since its foundation in 2001, and he worked to build international solidarity between the movement in the Philippines and organizations of working and oppressed people around the world.

These are only some of many significant contributions Fidel made to the struggle against imperialism, feudalism and bureaucratic capitalism in the Philippines — contributions which include substantial work in the underground movement when fascist repression made aboveground organizing impossible.

In this time of a radically deepening imperialist crisis, we take to heart Fidel’s words that “precisely, because of these social transformations, people are forced to resist. Forced to make demands for change. Forced to move in order to achieve their aspirations. And that is what will guarantee that the revolution will win.”