This Aug. 7 marks the 50th anniversary of the heroic attempt by Jonathan Jackson, younger brother of George Jackson, to free three Black revolutionaries from the clutches of the California state prison system. The fact that this bold attempt failed has no bearing on its historical and revolutionary significance to the movements for Black Liberation and prison abolition in this country and around the world. 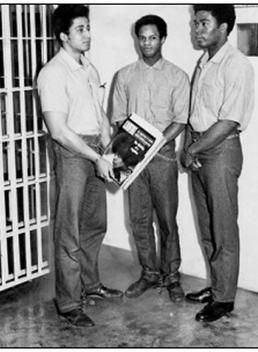 Jonathan Jackson was only 17 years old when, armed with a rifle, he burst into a Marin County courtroom while a hearing was in session. There he demanded freedom for his brother and two other prisoners, Fleeta Drumgo and John Clutchette, who were known as the Soledad Brothers. The young revolutionary boldly declared, “We are revolutionaries. We want the Soledad Brothers free by 12:30.” (“The Heroes of San Rafael,” WW, Aug. 31, 1970)

Jackson proceeded to gather four other brave prisoners in the courtroom — James McClain, William Christmas, Ruchell Magee and Khatari Gaulden — who heroically joined this action. The young Jackson and his group grabbed a judge, a prosecutor and a juror as hostages and attempted a daring escape from the courthouse. Police opened fire on the van as they were escaping, killing young Jackson, three of the prisoners (except Ruchell Magee) and the judge.

Magee remains in prison today as the longest held U.S. political prisoner. And this is a history that we need to revisit to understand what is happening today.

The Black Liberation movement of the 1960s and, in particular, the Black Panther Party, educated and inspired thousands of Black prisoners in this country. In many prisons, Black Panther Party chapters were organized in prison cells. George Jackson, who was serving an indeterminate (1 year to life) sentence for stealing $70, was one such Black revolutionary.

While incarcerated at Soledad State Prison, Jackson emerged as a leader in the Black Freedom movement. His writings and teaching inspired prisoners all over the state prison system. Needless to say, the criminal (in)justice system from the cops to the judges to the prison guards hated him. 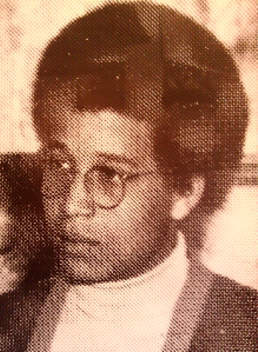 Jonathan Jackson’s bold attempt to free his brother was a dramatic expression of revolutionary anger and outrage against a state system that continues to this day to oppress Black, Latinx and other prisoners of color — a prison system with its roots in slavery. It was an uprising to free a Black revolutionary, as well as part of the insurrections that were taking place at that time in cities across the country against racism and police terror.

Jonathan Jackson knew that the state wanted to execute his brother. One year later, prison guards assassinated George Jackson in San Quentin Prison on Aug. 21, 1971. This assassination set off a spark which was felt across the country, as prisoners in Attica State Prison in New York state rebelled shortly thereafter. When the brutal hand of the state was done, over 40 unarmed Attica prisoners were murdered by guards and state police. Since the assassination of George Jackson, August has been called Black August in honor of Black freedom fighters who dared to rebel against the prison system. Black August started in California, but it is commemorated all over the country.

The movement inside the prisons has not been dormant these 50 years. What we are seeing today — fueled by the rebellion against police terror led by the Black Lives Matter movement and by the inhumane treatment during COVID-19 — is a resurgence and reignition of the prisoner liberation movement. In every prison and jail, incarcerated activists are expressing their support for the movement against systemic racism and police brutality. People inside are using what little access they have to the phone system to call out and speak at demonstrations and to the media. “Black Lives Matter” are often the first words shouted by these prisoner activists.

Prisoner demands around COVID-19 echo the cries of health care workers, bus drivers and others for adequate personal protective equipment. Unfortunately, in prisons, jails and Immigration and Customs Enforcement detention centers, with no chance of social distancing or consistent PPE access, COVID-19 has spread like wildfire and deaths are spiking.

The movement outside supporting the Black Lives Matter movement is waking up to the understanding that the repressive organs of the state — the courts, the prisons, the police, the prison guards and the ICE detention centers — cannot be reformed. They cannot be legislatively altered or changed in a meaningful way.  They must be abolished.

Jonathan Jackson understood that when he attempted the bold rescue of the Soledad Brothers. He exposed the barbaric nature of the capitalist state that would rather shoot its own foot soldiers, a judge and a prosecutor, than give in to the just demands of the oppressed. The state made an example of Jonathan and the other brave prisoners who joined with him in that Marin County courtroom. But rather than strike fear into the prisoner movement at the time, it helped fuel a resistance movement that continues today.

The California state prison system and its shock troops are still terrified of the defiant legacies of both Jonathan and George Jackson. The recent brutal and racist cell extraction of 200 Black prisoners at Soledad Prison, where guards confiscated the revolutionary writings of George Jackson and other prisoner leaders, demonstrates that. Even the taunts of the racist guards that “Black Lives Don’t Matter” won’t turn back the movement behind the walls.

On this 50th anniversary of the Marin County Courthouse uprising, let us redouble our efforts to tear down the prison walls and abolish the prisons and the police once and for all. Long live the heroes of San Rafael! Long live the spirit of George Jackson!