The MOVE organization has called a protest against police terror on Saturday, Aug. 8, the 42nd anniversary of the state’s attack on the group’s Powelton Village home in West Philadelphia. 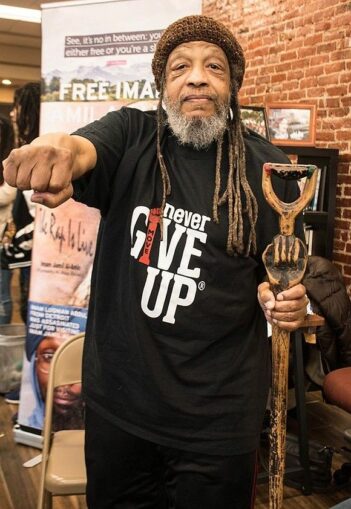 The event will start with a rally at the Art Museum, 2600 Benjamin Franklin Parkway, followed by a march to the site of the historic 1978 police attack. MOVE plans to also pay tribute to MOVE 9 member Delbert Africa, who died June 1 just months after his release from prison after over 41 years.

Early on the morning of Aug. 8, 1978, hundreds of heavily armed Philadelphia police and firemen invaded the surrounding community and laid siege to MOVE’s home, forcing members to seek shelter in the basement. Police fired tear gas, smoke bombs and hundreds of rounds of ammunition into the house. Firefighters used high-pressure water hoses to destroy the wooden foundation and flood the basement.

The assault forced MOVE to evacuate their home. Outside, waiting police snatched children from their mothers’ arms. Cops brutally assaulted MOVE members, in particular Delbert Africa, whom they beat unconscious in plain sight of the media.

Nine MOVE members were arrested, framed, charged, tried and sentenced from 30 to 100 years each in connection with the death of a police officer who had very likely been killed by friendly fire. Although police admitted to shooting at MOVE, and they even testified to having fired into corners where they heard babies crying, MOVE was blamed for the entire confrontation.

When asked by Mumia Abu-Jamal on a local talk show, the trial judge admitted that he had absolutely no idea who had killed the officer. Two MOVE members — Merle and Phil Africa — died in prison. After 40 plus years of unjust imprisonment, the surviving MOVE 9 members were finally released from prison due to immense pressure from supporters around the world.

“Eliminating police terror is a single step in the million-mile journey to freedom,” said Mike Africa Jr., son of MOVE 9 members Mike and Debbie Africa. “Let’s get on the MOVE!”