In a 3 a.m. raid July 20, approximately 200 Black prisoners at California’s Soledad state prison were violently taken from their cells with nothing on but their boxer shorts.

The men were herded into the chow hall, handcuffed with zip ties and forced to sit shoulder-to-shoulder without masks for hours, while their cells were ransacked. Their property, including books, letters and legal papers, was confiscated or destroyed.

Guards brutalized and beat many prisoners, including Talib Williams, whose spouse Tasha Williams has written several extensive articles about this racist cell extraction for a national Black newspaper, the San Francisco Bay View. (tinyurl.com/y47mhuo8) He told her that prison guards were shouting, “Black Lives Don’t Matter” and calling the prisoners the N-word. An elderly prisoner was tossed down a flight of stairs.

Talib Williams, in prison for 18 years (since he was 17 years old), has spent the last six years at Soledad and has published four books. His most recent was on the racist and violent history of Soledad prison toward Black prisoner organizers like George Jackson. According to Tasha Williams, the guards seized much of his library, including works of Jackson and Black revolutionaries and a list he compiled of Jackson quotes. 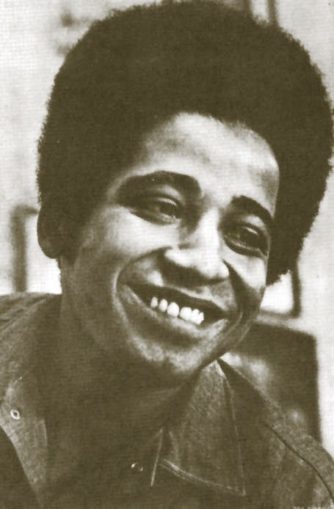 On Jan. 13, 1970, a group of Black and white Soledad prisoners were released to the exercise yard, which provoked a fist fight. A white guard marksman shot and killed three Black prisoners. Black prisoners started a hunger strike in protest; a grand jury exonerated the guard

The California prison system and especially Soledad prison — notorious for violence against Black prisoners — hate George Jackson, his writings and his legacy.

Tasha Williams, who heard firsthand accounts of the violent attack from several Soledad prisoners, said prison officials claimed they were investigating gang activity. Talib noted that he saw a piece of paper about his father being in the Black Panther Party

Most of the Black prisoners have no prior gang affiliation. That is often used as an excuse to attack incarcerated people who speak out, advocate for others and fight the system. Several of the prisoners reported being questioned about the Black Lives Matter movement and being asked if they were BLM members

Tasha Williams believes the violent cell extraction was carried out to intimidate Black prisoners. In an interview with this reporter, she said, “Officials were trying to incite them into a riot. This was a targeted hit job. The men were blindsided. They weren’t organizing anything. There was nothing going on. They told my husband if he sagged his pants under his ass and had less books in his cell, he wouldn’t be bothered. My husband and the others are not going to play that game.”

Williams is asking people to spread the word and mobilize support for the people inside. (San Francisco Bay View, July 20 and 22)