On July 20, unions led protests under the general banner “Strike for Black Lives” in over 160 U.S. cities, with tens of thousands participating. The call, initiated by Service Employees (SEIU), was endorsed by over 60 unions and social justice groups.

Many of those participating in the protests were essential workers — janitors, fast-food workers, nursing home and hospital workers, and gig-economy drivers — coming out in solidarity with the Black Lives Matter movement for racial justice in the aftermath of the police murders of George Floyd, Breonna Taylor and others. 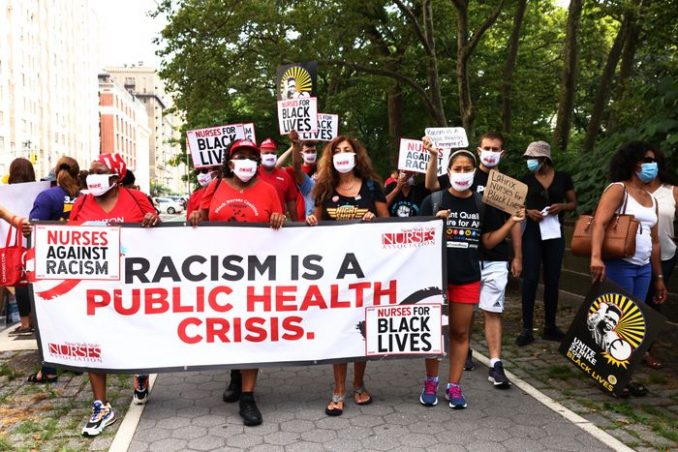 Contingent of nurses in NYC July 20 strike outside Trump Tower.

In calling the one-day protest, organizers encouraged workers unable to participate for a full day to take a knee or walk off their jobs at noon for eight minutes and 46 seconds — the amount of time the white police officer held his knee on Floyd’s neck resulting in his death.

Key demands included that corporations dismantle racism, white supremacy and economic exploitation at work, as well as “unions for all.” However, the vaguely worded demand that “elected officials use their authority to rewrite rules, so that Black people can thrive” fell short of calling for defunding or abolishing police. The SEIU has not dealt with the role of police “unions” in labor federations or as units within unions such as SEIU. 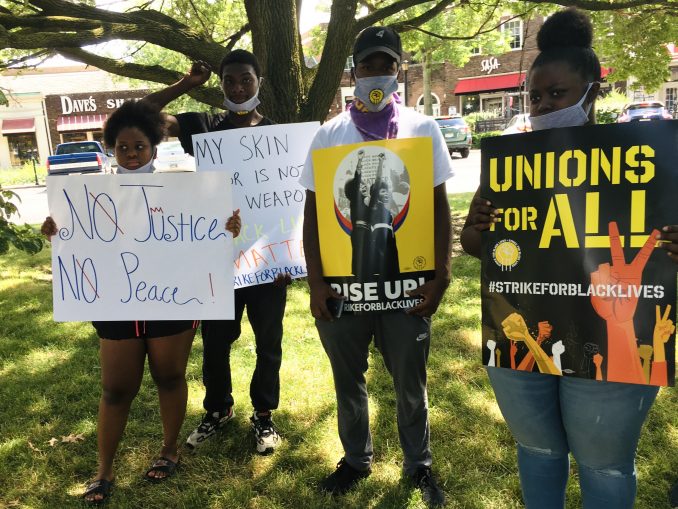 Strike for Black Lives in Cleveland.

In many cities, workers participating in “strike” actions brought signs to “Defund the Police,” for safer working conditions for essential workers during the pandemic and demands for hazard pay and fair wages. The coordinated actions could have been stronger if the 1.1 million workers SEIU represents had actually walked out — with their leadership backing them.