Tom Morello — renowned Black guitarist in the band Rage Against the Machine — spoke truth to power when he said June 7 that “racism is as American as apple pie and baseball” — a reference repeatedly invoked following the lynching of George Floyd. (“American” is wrongly used to refer to the United States; it is a racist negation of all the other countries of the Americas, which include North, Central and South America and the Caribbean.)

Morello could have added football along with baseball. He could also have added sexism. 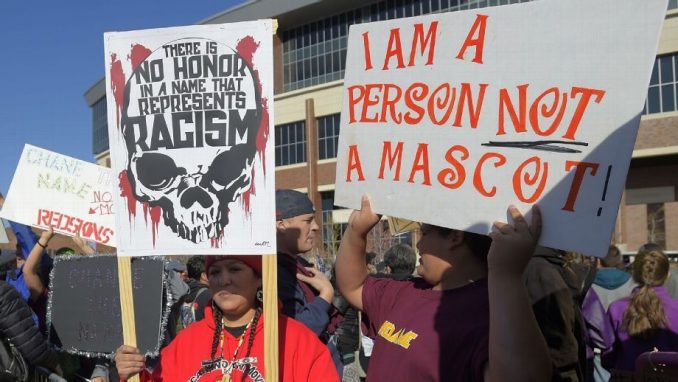 White supremacy and misogyny have converged around the Washington, D.C., football team. On July 13, Washington NFL team owner Dan Snyder announced that its vile name, a slur against Indigenous people that refers to settler murder for a bounty, would be changed. Days later, the Washington Post broke the story of at least 15 women team employees who had been subjected to numerous incidents of sexual harassment.

Originally a Boston team known as the Braves, the football team changed its name to R——s in 1933 and moved to Washington in 1937. Efforts to have the name changed span decades, with complaints reported in Washington newspapers as early as 1971. After the team’s 1988 victory in Super Bowl XXII, led by the first Black quarterback in NFL history, then-owner Jack Cooke was hit with numerous letters from Indigenous activists asking for a name change, which went unheeded.

In 1992, 2,000 people demonstrated outside Super Bowl XXVI, a match between Washington and Buffalo. Many more protests against the name followed, but successive team owners remained intransigent.

A number of Indigenous Tribal Councils called for the name to be dropped. In 2013, 10 members of Congress wrote Snyder requesting a name change. He told USA Today: “We’ll never change the name. …  It’s that simple. NEVER — you can use caps.”

In 2018, NFL Commissioner Roger Goodell, who represents the owners, reaffirmed that the racist name would stick.

Neither Snyder nor Goodell have suddenly become enlightened on racial sensitivity — far from it. Yet the July 13 news release stated, “Today, we are announcing we will be retiring the [R——s] name and logo.” It was only when FedEx, Nike and Pepsico threatened to end their multimillion-dollar endorsements that Snyder agreed to the name change.

The Cleveland Indians baseball team has also indicated that their name is changing. The despicable “Chief Wahoo” mascot — protested since the 1960s — had already been removed from player uniforms, but was still available on fan merchandise. 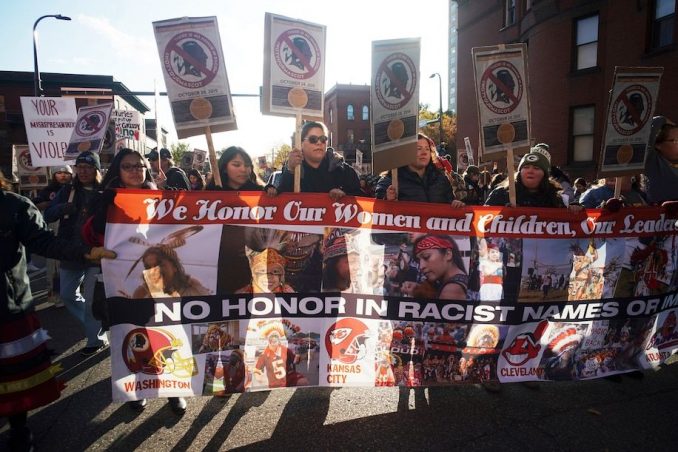 Not surprisingly, the same Washington team bosses who refused to budge on the issue of racism were likewise complicit in a case of workplace sexual abuse. The July 16 Washington Post describes in detail what Emily Applegate and 14 other former workers had to endure: “The allegations raised by Applegate and others — running from 2006 to 2019 — span most of Snyder’s tenure as owner and fall into two categories: unwelcome overtures or comments of a sexual nature and exhortations to wear revealing clothing and flirt with clients to close sales deals. Among the men accused of harassment and verbal abuse are three former members of Snyder’s inner circle and two longtime members of the personnel department.”

“It was the most miserable experience of my life,” said Applegate, referring to the year she worked as team director of marketing. While the women did not experience harassment by Dan Snyder directly, they regard him as responsible for the team’s toxic workplace culture.

While the NFL may fine the Washington team for inappropriate conduct, it appears that Commissioner Goodell will not exercise his power to force owner Snyder to sell the team. In fact, Goodell has been silent on Snyder hiring a legal team to “investigate” the accusations.

Goodell did not compel Carolina Panthers owner Jerry Richardson to sell his team after Sports Illustrated exposed his blatantly racist and sexist conduct. The team was nevertheless sold in 2018, and recently the statue of Richardson was removed from outside the Panther stadium.

When Richardson owned the Panthers, he was known to grope and make degrading comments to women workers. Under capitalism, putting up with this widespread abuse is often a condition of employment. Complaining draws retaliation, including firing.

Misogyny, ingrained in the culture of sports-for-profit, is also evident in the gross salary disparities between men and women — the only two genders even acknowledged — in professional sports.

Sports and entertainment do not exist in a vacuum. Karl Marx said: “The ideas of the ruling class are in every epoch the ruling ideas.” Their ideas include white supremacy and misogyny, which logically permeate the world of for-profit professional sports. The ruling class isn’t just hateful; it profits from the super-exploitation of the most oppressed and uses bigotry to divide the working class

Reversals of previously held, hard-line positions are happening because of the powerful mass movement in the streets that is aggressively taking on systemic racism — of which police terror is one piece. Athletes and other celebrities are speaking up in solidarity — and coming under fire for doing so. 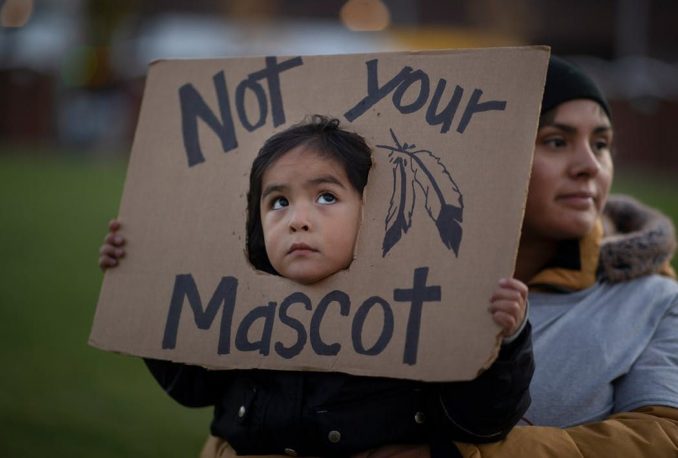 The multinational, working-class youth understand that the ugly history of slavery and genocide has been upheld and sanitized by statues of killers and enslavers, the widespread presence of Confederate flags and the use of demeaning sports team names and mascots. This powerful rebellion is taking down these hated symbols all over the country and even worldwide. Not long before this historic development, the #MeToo movement gave voice to millions of women and gender-oppressed people who survived sexual abuse.

That is the context in which to understand the retiring of team names in Washington and Cleveland, along with any attempts to address sexual harassment by the racist, sexist sports-industrial complex.