When Palestine is under attack, what do we do? Unite and fight back!

And that’s just what thousands of protesters did across the U.S. on July 1, the day Israel annexed 30 percent of the West Bank. More cities had demonstrations in the days that followed. At least 40 actions were organized by Al-Awda and other Palestinian groups to oppose the further annexation of their land and to demand freedom for Palestine. 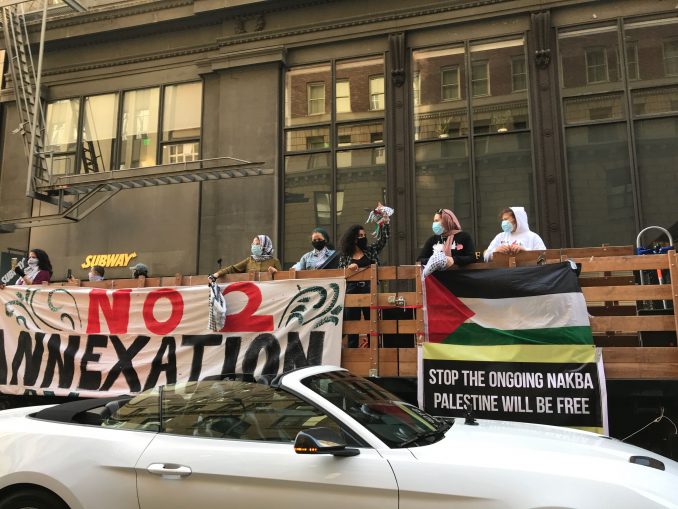 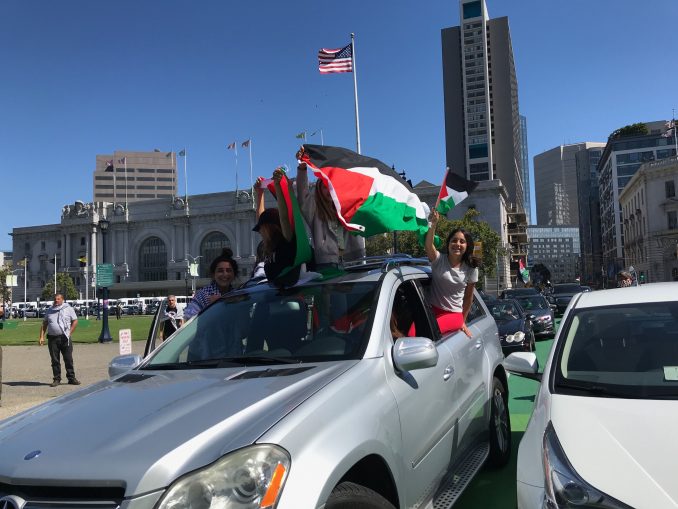 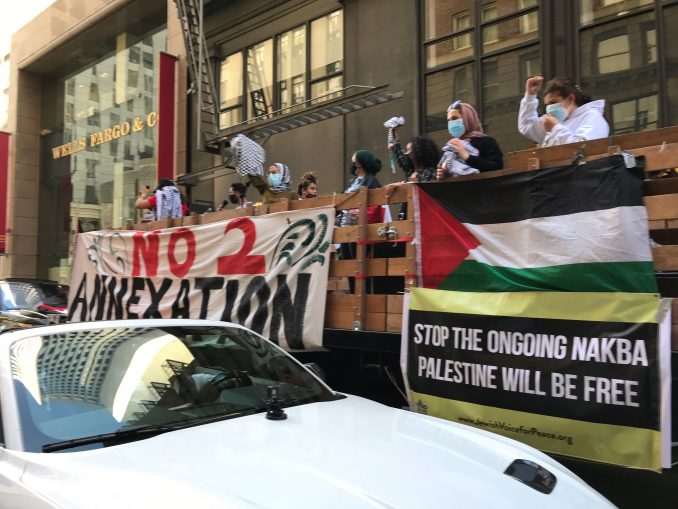 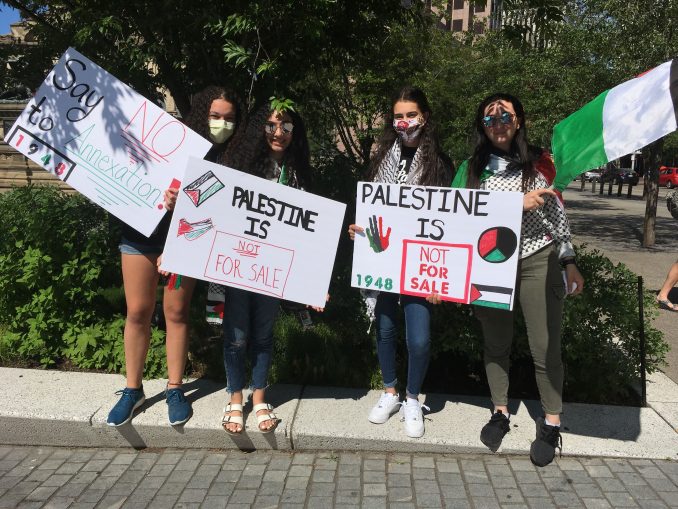 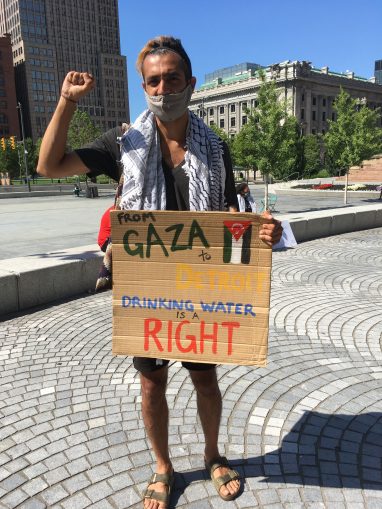 The Israeli plan to annex a large section of the West Bank — which was illegally stolen from the Palestinian people in 1967 — follows the U.S. Embassy move to Jerusalem and the growth of “Jewish-only” settlements in occupied Palestine. As demonstrations throughout the world from Palestine to San Francisco have already shown, more and more people are opposed to the U.S.-backed Zionist occupation.

In San Francisco a car caravan organized by Al-Awda, the Palestine Right To Return Coalition; Arab Resource and Organizing Center (AROC);  the Palestinian Youth Movement (PYM); and others occupied the streets of this city’s financial district, stopping all traffic for three hours in front of the Israeli Consulate.

The protest, organized as “A Day of Rage — No to Annexation, Defend Palestine” — began at City Hall where people gathered to decorate their vehicles with banners, placards and flags. The event was changed from a march to a caravan due to the spike in COVID-19 cases and concerns about the safety of the participants.

The action ended in front of the Israeli Consulate where loud chants of “From the River to the Sea — Palestine will be free!” could be heard for several city blocks. One of the speakers, Hatem Bazian, a long-time Palestinian activist and scholar, began his talk by acknowledging the Indigenous Ohlone land on which the protest was being held and the current Black Lives Matter movement unfolding in the streets. Bazian explained that these struggles are directly linked to the Palestinian fight for liberation.

Speakers from AROC, PYM, Palestine Action Network and other organizations also spoke at the rally and led chants. The large crowd, which stretched for 20 city blocks, honked horns and chanted for more than three hours. For the first time there was no visible pro-Zionist presence in front of the Israeli Consulate.

On July 1, some 350 people rallied in Seattle.  People demonstrated in front of the downtown Seattle police station. Demonstrators also demanded an end to police terror against Black communities in the U.S.

The rally, with Black, Indigenous (Coast Salish), Filipino and especially Palestinian speakers, made three demands on Seattle’s officials: 1) End the deadly exchange. The U.S. holds joint trainings between U.S. law enforcement agencies and Israel’s military officials. 2) Defund Seattle’s police department and use those funds for community-led health and safety systems. 3) End the contract with G4S, the world’s largest security company and a chief collaborator with Israel’s apartheid and occupation.

Palestinians and allies rallied and marched in downtown Cleveland on July 5. The rally was youth-led, with many young Palestinians speaking, along with a young member of Jewish Voice for Peace. Many speakers expressed solidarity with Black Lives Matter. A Zionist provocateur hurled insults and attempted to instigate physical confrontation, but he was unable to derail the protest. Militant marchers chanted, “Free, free Palestine.”

Among the numerous other U.S. cities that hosted  Day of Rage actions were Miami, Tampa and Tallahassee, Fla.; Brooklyn, N.Y.; Los Angeles; Detroit; San Diego, Calif.; Boston; Chicago; and Portland, Ore. Demonstrations were also held in many other countries.

Jim McMahon and Martha Grevatt contributed to this article.