The federal government plans to execute four people this summer in Terre Haute, Ind., even though the condemned prisoners have not been able to meet with their attorneys for more than three months due to the coronavirus pandemic. U.S. Attorney General William Barr announced the executions to take place on July 13, 15 and 17, with a fourth set for Aug. 28.

With his approval rating falling in the polls, President Donald Trump seems to be trying to re-energize his reactionary, law-and-order base by reviving the federal death penalty. 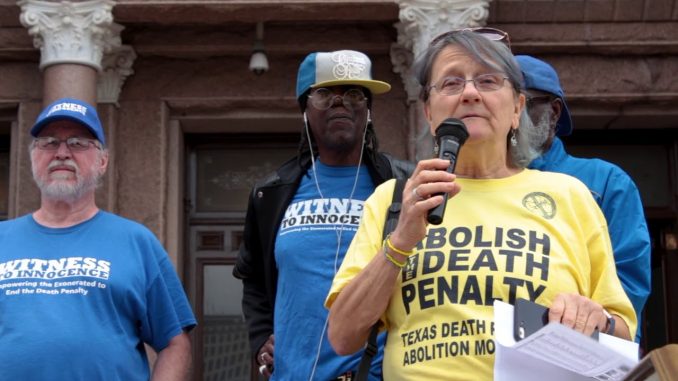 Since that death penalty was approved in 1988, the U.S. government has put to death only three people. The most publicized case was that of Timothy McVey, who bombed a federal building in Oklahoma City in 1995, killing more than 160 people. All three federal executions were during the George W. Bush presidency.

There are now 62 people on federal death row, with no one executed since 2003. Death Penalty Action gave this background on the four men scheduled to die this summer:

Daniel Lee (July 13): Not only have two federal judges, both appointed by Republican presidents, found two different grounds that Lee’s death sentence was unfairly obtained and should be invalidated, but the victim’s family all oppose the execution and believe a life sentence is appropriate.

Wes Purkey (July 15): Legal ruling on the Eighth Amendment to the U.S. Constitution prohibits executing someone who lacks a rational understanding of the basis for his execution. A pending lawsuit argues that executing Purkey would be unconstitutional because he suffers from schizophrenia, Alzheimer’s disease, dementia, and a lifetime of trauma — all of which have left him unable to comprehend why the federal government plans to kill him.

Dustin Honken (July 17): His death sentence was imposed for murders committed in the state of Iowa, which abolished the death penalty in 1965, and which could have prosecuted him in state court. Additionally, his trial and sentencing were plagued by misconduct and ineffectiveness of counsel, who failed to adequately inform the jury of Honken’s severely dysfunctional background or his mental health problems.

Keith Nelson (August 28): Nelson’s case is tainted by issues of ineffective counsel, which warrants a case review in court.

With no federal executions for 17 years, the big question is “Why kill now?” It seems unconscionable to execute anyone during a pandemic the likes of which has not been seen in a hundred years.

Scheduling these executions during the pandemic is a reckless decision that will affect hundreds of people — from investigators, lawyers and prison employees, to families of both the victim and the prisoner. People will be coming together from all over the country, increasing the odds of infection.

Attorneys for the four men scheduled to die will have to choose between jeopardizing the best preparation of their clients’ defense and risking their own health by seeing them in person.

Robert Dunham, executive director of the Death Penalty Information Center, questioned why the Justice Department would prioritize federal executions over the lives of those who might be exposed to the virus in the process. “Nobody has to be executed now,” he said. (New York Times, July 1)

But the Republican National Convention is meeting this summer to nominate President Trump for a second term. To use the federal executions to mobilize Trump’s political base looks like a weaponization of the death penalty.

Barr has said over and over that the Justice Department must carry out justice — a bitterly ironic assertion when heard during this period of so many police killings, and of White House threats to the millions protesting the racist nature of the U.S. law enforcement system.

Samuel Spital, director of litigation for the NAACP Legal Defense & Educational Fund, commented to the New York Times on Justice Department resources being allocated for federal executions. “It would be nice if they used those resources to address the widespread problem of police violence against Black people,” Mr. Spital said. (July 1)

The death penalty, whether used by individual states or by the federal government, has a long history of being used against poor people and particularly against people of color. In fact, the death penalty is a legal means of carrying out lynchings.

Rubac has worked against the death penalty for over 35 years and is a leader of the Texas Death Penalty Abolition Movement. She visits and writes to prisoners on death row..