At 1:01 a.m. on June 26, the Senate of the North Carolina General Assembly passed Senate Bill 168 and sent it to the governor to sign. The bill was 17 pages of regulations attacking most remaining forms of oversight in custody deaths by law enforcement. 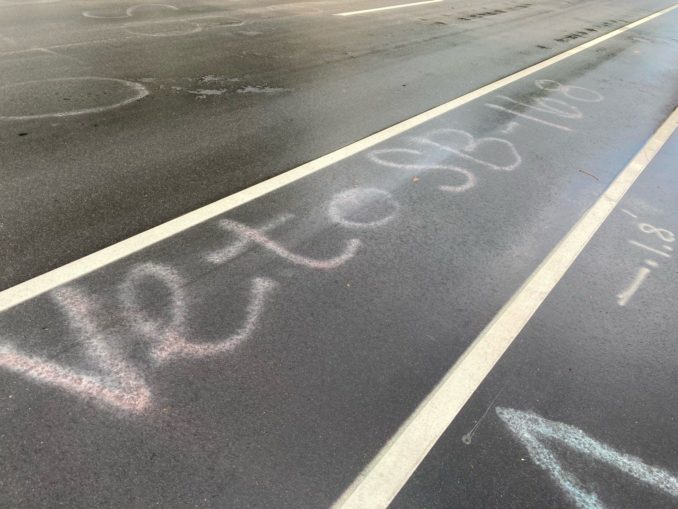 The bill was the state government’s direct attack on the anti-police and anti-prison mass uprisings taking place across North Carolina, especially in Raleigh and Charlotte.

In North Carolina, all documentation of police misconduct, including use of force, vehicle pursuits, individual officer stop data, and other hiring and policing policy, is classified in personnel files and made inaccessible under public records requests.

However, medical records used by the state Department of Health and Human Services about treating people subjected to police violence or of autopsies of deaths are still available. SB168 would limit access to all medical records, placing even these documents beyond the reach of the public.

The Triad Abolition Project, a Winston-Salem-based decarceration group, and NC BORN, the statewide Black-led socialist group based in Raleigh, immediately came together to demand a governor’s veto of SB168.

The project launched a statewide pressure campaign. NC BORN, already in the streets as they had been daily, marched on Gov. Roy Cooper’s Executive Mansion and set up a 24-hour encampment outside. July Fourth was the fifth day of round-the-clock protest at the mansion and the 35th day of daily anti-racist, anti-incarceration protests. Though police have repeatedly arrested those perceived to be core organizers, the protests have nevertheless carried on.

Organizers were especially moved to action by the case of John Neville. On May 30, the Triad Abolition Project wrote: “State records show that 2019 was a record year for jail deaths and suicides. The records show that over 40% of deaths involved supervision failures. Forsyth County Sheriff’s Office submitted a death report of John Neville that is missing all information regarding supervision; it’s missing the name of the jailer and reports of when John Neville was OK and when he was in distress; his cause of death is listed as ‘unknown.’”

Police have subjected the encampment at the Executive Mansion to raids and violence. In mid-afternoon of July 1, a multi-police-agency team converged on the demonstrators and placed four under arrest, including an NC BORN leader who had previously been singled out for a targeted arrest.

Because police arrests of NC BORN leaders were so obviously political, magistrates had been unwilling to co-sign them, and none of the leaders faced charges. In the July 1 arrests, the police charged the demonstrators with vandalism. The cops used the pretext that demonstrators had written “VETO SB168” on sidewalks outside the mansion.

Despite the cop raid, demonstrators successfully held the camp, and all those arrested were freed within a few hours after arguments by members of the National Lawyers Guild.

The next day, July 2, police struck in the early morning hours, believing demonstrators would be unprepared. The cops targeted security lookouts and medics and arrested 11 people. But the news galvanized public support, and the demonstration grew to its largest yet, even as arrests were taking place.

A few hours later those arrested were freed, and the movement was stronger than ever.

On July 3, as police once again converged on the encampment, a group of activists staged a solidarity march to divide the police forces. This action led to a traffic blockade during Friday rush hour on Capital Boulevard, a major Raleigh thoroughfare. The cops responded with an additional 18 arrests, bringing the total NC BORN arrests to 35 in 33 days. All demonstrators were freed by legal teams within hours, the main encampment remained secure, and once again numbers grew.

NC BORN’s counterprogramming for “Independence Day” — arts, culture, food and celebrations of liberation — went off without a hitch and without arrests. The people reclaimed their space and continued their ambitious political program for abolition of all forms of violence by the capitalist state. Free them all!