As pent-up anger against white supremacy boils over in the uprising after the murder of George Floyd, Black and Indigenous solidarity in California is taking down statues of Junípero Serra-–the hated boss of the California mission system which enslaved and murdered thousands of Native people during Spanish colonization. In San Francisco, on Ohlone lands that have seen multiple protests against colonizer statues and street names for years, Juneteenth demonstrators toppled the Serra statue in Golden Gate Park on June 19. 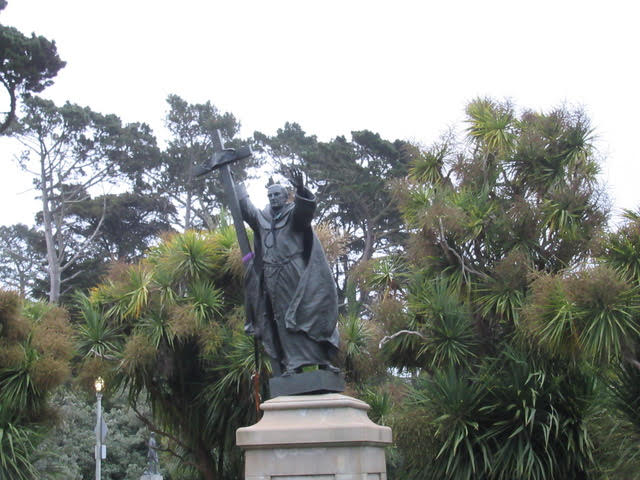 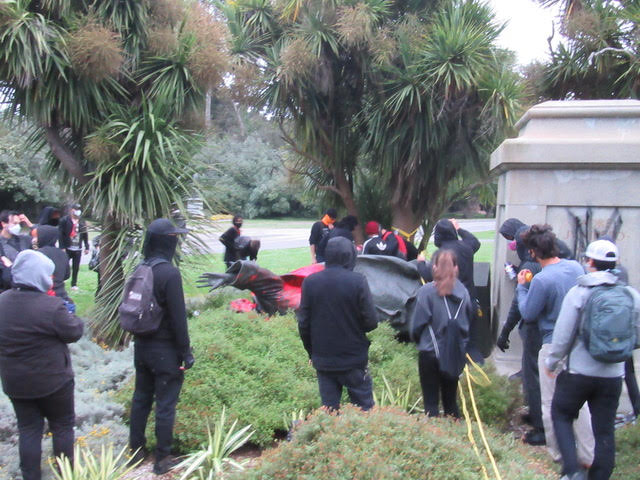