The following is a slightly edited talk given June 19 by Larry Holmes, Workers World Party First Secretary, during the WWP webinar on “Juneteenth and the Black Lives Matter Rebellion.” 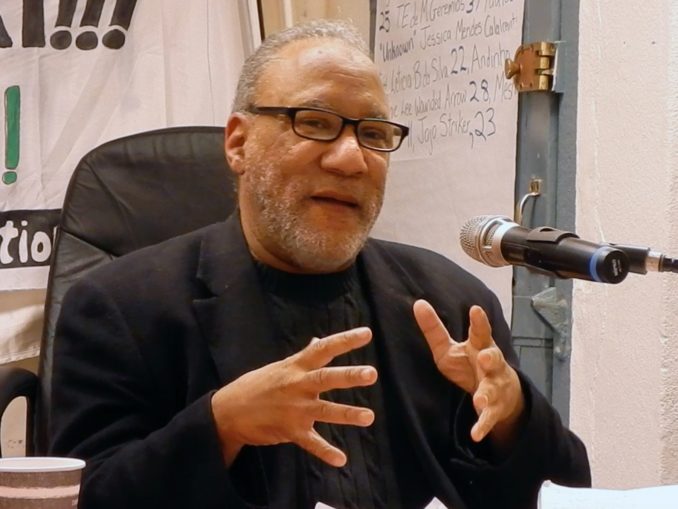 This Juneteenth is probably going to be one of the biggest Juneteenths in a long, long time.  That’s because of the uprising against the racist police that has been going on for the better part of a month since the lynching of George Floyd. In a sense, the Juneteenth occasion is a reminder that every step in the struggle for Black Liberation in this country has been compromised, with one step forward and two steps backward.

Even though the Emancipation Proclamation had been in existence for more than two years, a lot of enslaved people of African descent, particularly in Texas, but elsewhere in the South, did not know that they were free. That is the significance of June 19. 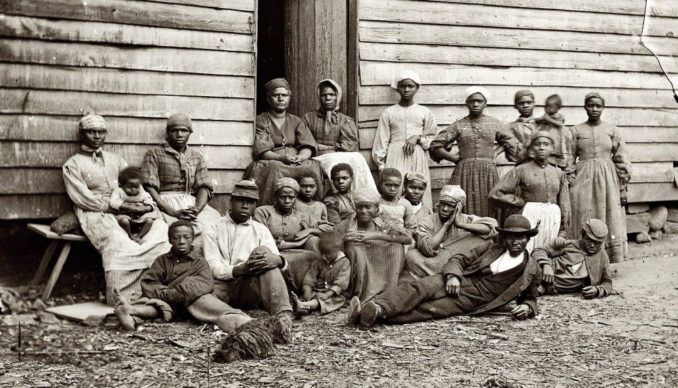 It’s important to note the heroic figures who don’t get enough credit for this struggle against slavery, like John Brown and Nat Turner. They favored an armed insurrection by enslaved people, supported by progressive whites as a way to end slavery. That is not the way it ended up.

The Northern capitalists came in with their army and ended slavery legally, not so much because they opposed slavery on a moral basis, but because the slaveocracy economy had become a hindrance to further U.S. capitalist industrialization.  This is why the North, the Northern bourgeoisie, betrayed what is still the most revolutionary epoch of the Black Liberation Movement.

That was the period we call Reconstruction. It was about a decade long, mainly after the Civil War, when Black people really had power and self-determination, self-control and self-government in much of the South.  But as many of you know, Reconstruction was crushed by Ku Klux Klan terror, with the support of the North, the Northern bourgeoisie.

The slaveocracy that had been briefly out of power was back in power on different terms, but more or less back in power. That’s why that epoch is called by many an unfinished revolution — the unfinished phase of Black Liberation.

In the next period was the great Marcus Garvey movement in the 1920s and early 1930s. We should talk about that sometime but not tonight. Then in the 1950s and 60s, there was the movement led by the Rev. Dr. Martin Luther King Jr., and there was the more militant movement led by Malcolm X.  Ultimately, there were the Black Panthers, who evolved into revolutionary internationalists and Marxists, which is just one of the reasons why they were so feared — and one of the reasons why the FBI and the police systematically destroyed them.

I believe that what we’ve been seeing for three weeks in this tremendous, wondrous uprising, not only in this country, but all over the world, is another attempt to finish that unfinished revolution. No matter what happens, the police will never recover politically. They have been isolated. They have been exposed for what they are, and I think to a large extent that’s going to be permanent.

Schools and school boards want to break their relationship with the police. They want the police to get out of the schools. In a highly unusual, but very progressive move, labor councils want to kick so-called “police unions” out of the labor movement.  We say so-called because they are not really unions.

Confederate statues are coming down by the dozens. Even statues of racists like former Mayor Frank Rizzo in Philadelphia and statues of Christopher Columbus in some areas. I believe even a statue of Thomas Jefferson, who was a big slave owner, was taken down.

This uprising is so significant that [today] many unions are either taking an afternoon off, or going on a one-day work stoppage, or having demonstrations tomorrow, like the International Longshore and Warehouse Union.

It also draws attention to what the official top leadership of the AFL-CIO is not doing. It is a disgrace that they recently issued a statement defending police unions. There is absolutely no reason — considering this tremendous revolution that’s been taking place everywhere — why these leaders didn’t call for some kind of general strike so that workers could come out, even if only for an hour, and solidify themselves with this anti-racist, anti-white-supremacist struggle. But the leadership is not inclined to do that.

That’s another reason why the present leadership of the AFL-CIO really needs to be replaced by a more progressive and revolutionary leadership. I think that’s a struggle that has been going on. There’s a lot to say about that. But I think it’s going to pick up a lot of steam because of the events of recent weeks.

There’s something deeper going on, something that has not necessarily been said outright yet, but it is there. Why is this uprising so multinational? Why are so many young white people involved in it, marching side by side with their Black and Brown comrades? That’s a new development, we thought, in the Black Lives Matter movement over the past five or six years.  But in recent weeks, it’s gotten even bigger and more unprecedented. Is it because they are better on a moral level? I don’t think that’s quite it.

I think that what’s happening in the world — the decline of capitalism, the exposure of capitalism and the pillars that it’s built on, and the impact that the demise of capitalism is having on young people, not only in this country, but around the world — is leading to a new level of consciousness. At least in an incipient way, it is very revolutionary. I think these struggles are multinational because whites are finally realizing that it’s in their interest to join with Black and Brown people.

This is because — as some of us old Marxists used to say, and we got it from Marx himself — white skin or white workers will really never be free under capitalism as long as Black people are either oppressed or enslaved — or people are kneeling on our necks and killing us.  I think they get that. This is really the beginning of a revolution, at least in the view of some of us. The first part of it is smashing white supremacy. But it’s going on to the next level.

I think the young people, but not just the young people, are in motion. They are realizing they have no future under capitalism and that white supremacy and patriarchy are pillars of capitalism.  They want to get rid of all that, not only in this country, but everywhere.

I think they understand — and more of us are understanding — that in a sense what Trump’s election was about was a desperate, reactionary attempt to stop the revolution from coming.  They saw this coming. They saw the handwriting on the wall.  But what we’re seeing now is the real revolt against that attempt — and it’s pushing it back.

Two competing paths in struggle ahead

As we move forward, we’ll see there will be two competing paths that this struggle is going to take. One path will be led by the liberal bourgeoisie which is trying to catch up and sound like they’re on the right side, so they can co-opt the struggle with sloganeering and measures. This is what they do.

On the other hand, there are the masses who want to tear stuff down, and realize that even if the first thing you tear down is a statue, that’s just symbolic of the fact that we need to tear down systems like capitalism. These two paths will be contending, and that’s going to be a protracted struggle.

But for the masses to come out ahead, there’s going to be a time when it’s no longer sufficient for these uprisings to be spontaneous. They are great, and they accomplish a lot, and they push things forward.

But the time is going to come when the struggle needs to be organized, and revolutionaries will have to be involved and will need to influence it and lead it.  That’s where we can really accomplish some of the revolutionary goals that we have. That requires organization.

View this and other WWP webinars at workers.org/videos.