This slightly edited article first appeared in the March 16, 2005, issue of Workers World.

“The morning that the riot started we heard the shooting … just a couple of blocks from the end of Greenwood on Archer. After we heard the shooting, I came to … Jackson’s Funeral Home. It was also right on the end of Greenwood, a few doors down. He (Samuel Jackson) had not been long purchasing a new ambulance. … We went to the undertaker. … One of the young men that drove during the funeral sessions was also going out to the garage to get the ambulance. There was an old mill right across the tracks, right on Greenwood. You could look out of the mill; they could look right over and see us. While the boy was trying to unlock the door to get the ambulance … somebody white shot out. … They were up in that mill which was probably four or five stories high, and they shot out of that mill and hit the boy on the hand. … Blood shot out his hand. I’m standing right behind him. He dropped the keys and we ran to the back part of the funeral home by the dead folk.”  (reparations4blacks.blogspot.com) 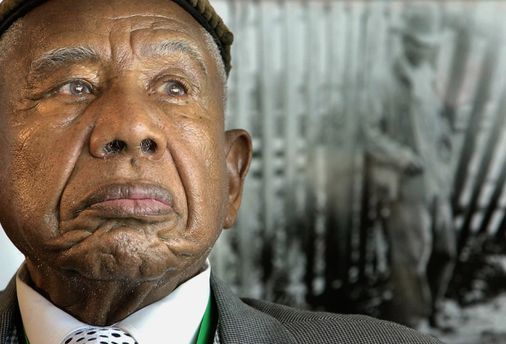 The year was 1921. The place was Oklahoma. And the incident — the Tulsa race riot. This event got next to no notice when it happened almost 84 years ago, but for the survivors, like 102-year-old Clark, it’s like it happened yesterday.

On May 31, 1921, racist whites carried out a brutal attack against what was then known as “Black Wall Street,” a segregated section of Tulsa where the Black population established prosperous businesses. These racists killed and maimed hundreds if not thousands of Black women, men and children and burned almost all of their businesses and homes to the ground.

None of the survivors received any kind of apology, compensation or any public recognition that this massacre happened.

It was 80 years later that the Oklahoma State Legislature offered an official apology to the survivors based on a three-year study of the massacre performed by a Tulsa Race Riot Commission that began in 1997.

Lawyers, law students, members of the Congressional Black Caucus, survivors of the massacre and other supporters held a news conference and rally March 9 on the steps of the U.S. Supreme Court in Washington, D.C., to file a petition with the court to demand long overdue reparations denied to the survivors in the lower courts. Those in attendance included Clark, historian John Hope Franklin and U.S. Rep. Maxine Waters.

A federal district court dismissed the Oklahoma lawsuit in 2004, stating that the incident happened too long ago for compensation to be granted.

Ongoing demand for reparations in Tulsa

June 19 — The descendants of the 1921 Tulsa Massacre in Oklahoma continue their struggle for reparations and accountability by keeping alive every year the memory of the crime against humanity committed in Tulsa against the most prosperous Black community in the U.S. at that time.

This year’s Juneteenth 2020, in the face of a racist mobilization organized by Trump’s militia and supporters descending in the thousands on Tulsa, the Black community responded again.

A day-long Juneteenth gathering, followed by an all-night vigil, was held in the Greenwood Cultural Center in the Historic Greenwood District. 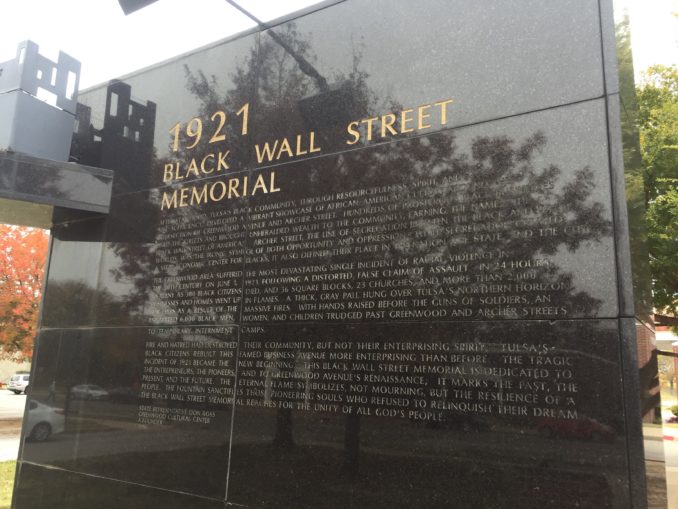 The center, with its historic records and photos of the massacre, the monuments and plaques commemorating many of the Black community businesses and homes, was protected by this heroic communitywide effort.

The Indigenous communities in Tulsa and throughout Oklahoma continue to support the demand for reparations for the Black community and for honoring the numerous treaties violated by white oil companies in their grab of Indigenous land during the 1920 oil boom.