June 13 marked the beginning of the third week of protests in Raleigh, N.C., the state capital and home of the murderous Raleigh Police Department and more than 70 other law enforcement agencies. Different days have drawn different groups with varying goals, but not a day has gone by without hundreds of people turning out on the streets to support Black Liberation and oppose the police. 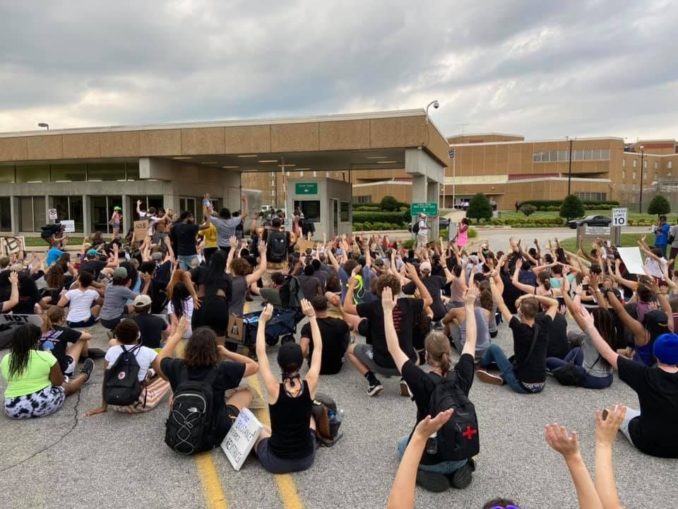 Protests have focused on contesting city sites glorifying white supremacy. From the moment protests began at 5 p.m. on May 30, hundreds of people immediately besieged the Wake County Detention Center. Others gathered around Confederate monuments in the state capital, the Raleigh Municipal Building, which holds the offices of the mayor and city council, and the governor’s mansion. They also went to many sites of police killings around the city.

On June 11, hundreds of demonstrators marched on the Central Prison in Raleigh during shift change. They blocked the exits for 8 minutes and 46 seconds, the amount of time Minneapolis police officer Derek Chauvin knelt on George Floyd’s neck, killing him. On the day of this protest, Thomas Lane, former police officer who has been charged with aiding and abetting this horrific murder, was released from custody on bail.