Wang Dingguo, the oldest female veteran of the Chinese Red Army’s Long March, died at the age of 107 on June 9. (China Daily, June 11) 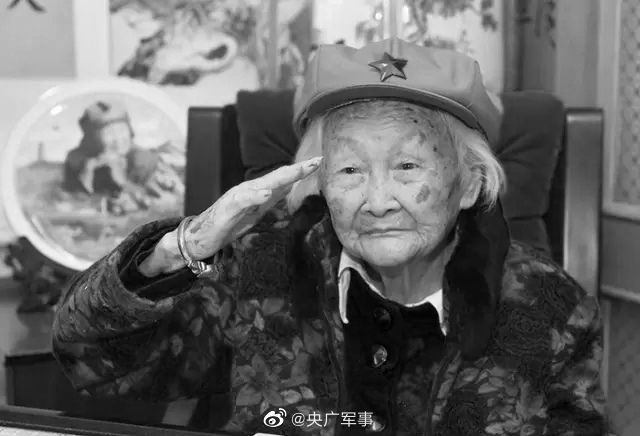 When Wang was 20 years old in 1933, she joined the Chinese Communist Party after running away from a five-year marriage she had been sold into.

The next year, she joined the Fourth Red Army Front and went on the Long March from October 1934 to October 1936. Red Army soldiers marched 6,000 miles through the rough Chinese countryside to combat the Kuomintang regime and flee Chiang Kai-shek’s Nationalist Party army. Wang was one of only 30 women among the 86,000 men on the Long March.

Wang fought in battles with Nationalist Party troops and endured freezing Chinese winter conditions that caused her to lose a toe to frostbite. She reflected on the Red Army forces marching at night: “The line of torches looked like a long dragon with flames. They lit up the winding roads. For me, I saw hope.” (tinyurl.com/y7a5bb9b)

Wang was part of a theatrical troupe designed to raise troop morale. The troupe marched ahead of the troops, then caught up with them after all had passed, marching the same route twice. (tinyurl.com/y7l5q5s4) She was in charge of the troupe’s props and makeup, as well as serving as a fighter.

At the end of the march, Chinese communists set up a new base at Yan’an in the isolated mountains of northern Shaanxi. It was here, during the next 10 years, that the Chinese Party developed their constitution based on Marxism-Leninism and where they solidified the leadership of Mao Zedong.

In 1959, Wang became a member of the Supreme People’s Court, the highest court in mainland China. In 1964, she became a secretary in the National Committee of the Chinese People’s Political Consultative Conference. She retired in 1993.

Wang Dingguo’s long militant life is a testament to the power and determination of the young communists who fought for and built what has become one of the most powerful and rapidly developing countries.