The following is a slightly edited talk given during the Workers World Party webinar “What Road to Socialism?” on May 16.

Welcome everyone to this important national meeting of Workers World Party. I wish we could be meeting in person, but dire circumstances make that impossible. So we have to have this digital meeting. But that doesn’t mean we can’t accomplish a great deal. 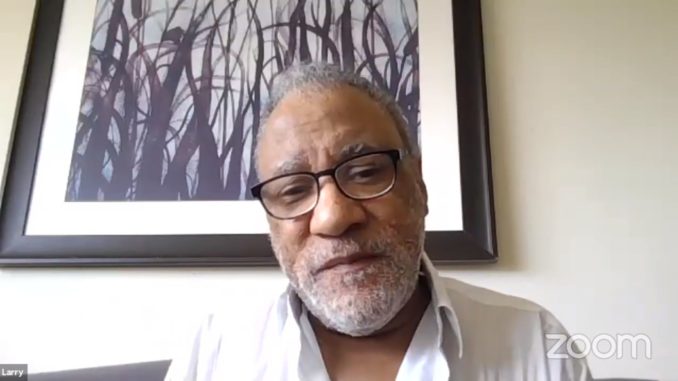 I’m sure that most of you are thinking about what the next week will bring. Can you get back to some normal routine? How many people will die and suffer? Or maybe you’re wondering what the next two months will bring. That’s very human.

But it’s important to look at what’s happening from a historical perspective. It’s important to remember that pandemics, especially ones the size of the pandemic the planet is contending with now, have a way of fomenting social revolutions. The most oppressed of the planet’s population get angry because of the already terrible conditions, in addition to the bad conditions that the pandemic imposes on them, and then become ready to revolt. This is especially true if the dominant system is a decrepit, decaying system that really just needs a good kick to push it into the trash bins of history.

The bubonic plague of the 14th and 15th centuries played a big role in arousing the peasantry in the struggle to end feudalism. One pandemic that some of you may know a little bit about is the 1918 influenza. A very bad, very deadly pandemic. It is believed to have killed somewhere between 50 and 100 million people, including three-quarters of a million people in this country. And that was at a time when the population of the U.S. was about 105 million.

That pandemic did not have the same impact on the economy that the present one is having for a number of reasons. Perhaps the most important reason is that that was during World War I, the first global imperialist war, and most of the U.S. economy was directed toward the war. All the working class was directed toward war production.

That’s different than now. It’s primarily weapon systems and bombs that imperialism makes now. That buffers the economy to a certain extent. Also, U.S. imperialism had an advantage. Europe was devastated by World War I; the U.S. was not. As a matter of fact, what the war did was begin to push U.S. imperialism into position so that it would ultimately grasp the capitalist system in a big way and become the leading imperialist power.

Medical science 100 years ago was undeveloped by comparison to today, so the expectation of people about what government and medicine could do to protect them was completely different than what it is now. This current pandemic will be viewed historically — this is a turning point in the decline of U.S. imperialism and world capitalism.

No matter what happens to the pandemic — whether a vaccine is discovered, whether we even have more tests (which people are so frustrated about) — that’s not going to change what this pandemic and the economic crisis that existed before it is doing to the global capitalist economy. There’s still going to be a worldwide depression — the unemployment and all the misery and suffering – and part of that is going to be permanent.

Why? Because this pandemic has caused a permanent rupture at a time when all the scientific and technological achievements of capitalism — particularly of U.S. capitalism and all the wonderful integration of the economy based on globalization and technology — means very little. Because when people look at the economy and look at world capitalism and imperialism, they do not see strength. To the contrary, they see weakness. They see a system that is falling apart.

This contradiction, more than any other contradiction in my lifetime, spells out that from now on, in a very clear and brutal way, capitalism is fighting socialism. The old, decrepit, dangerous system is fighting to block the birth of something new on a global level.

If we had a socialist system, it would be absolutely no problem at all to shut down the economy as long as was necessary and advise people to shelter at home. They wouldn’t have to worry about losing jobs or losing food or whatever they need. It’s only under this degenerate, dying system that these greedy capitalists are freaking out. They’re demanding, “Open up the economy, send workers back to the factories. We don’t care if they get sick. We don’t care if they die; we need to make the profits.”

That contradiction is very clear and very stark. The working class — all sectors of it — is being hit very hard. No sector is hit harder than Black and Brown workers, women and gender-oppressed, and LGBTQ2+ workers, the disabled — always the most oppressed of the working class. But that doesn’t exclude other sectors, who maybe a little while ago thought they were relatively “privileged.” They’re finding that those privileges are blowing away in the wind.

Working class is fighting back

Workers are not just freaking out. They’re doing that, as we all are. But they’re fighting back. They’re angry. They’re saying: “No, we don’t want to go to a plant or a factory or some workplace where we will get sick and maybe die.” There are tremendous, militant, glorious wildcat walkouts and strikes, not only in this country but around the world.

There’s a tremendous strike going on in Washington state now of farmworkers, the most oppressed of all workers, migrant workers. It’s important for us to understand that, because of this militancy, this workers’ rebellion is going to grow. Workers are going to need help in order to organize themselves in a way that they’ve never been organized since the 1930s. They’re depending upon the help of revolutionaries like us, socialists and communists, who are dedicated to the working class — not to tell them what to do, not to substitute ourselves for them, but to help them in every way we can.

We are Workers World Party. Our name says it all. We exist to help our class in any way that we can to liberate themselves.

I think that one of the big lessons of the Bernie Sanders campaign and the Jeremy Corbyn campaign in Britain — good, important, progressive campaigns in many respects that had a lot of support — is that even with the support they had, they were not grounded in the struggle of the workers. They may have put forward demands, universal health care and other good things that we all support, but they weren’t in the workers’ struggles.

Now people who were supporting them on both sides of the Atlantic are realizing that the next thing we have to do is to ensure that our struggle is grounded in the working class — that it’s part of the working class getting organized, getting powerful, becoming independent of bourgeois parties and fighting on its own. Without that, electoral campaigns will have little meaning in the progress of a struggle.

We struggle with the youth and the Black and Brown workers who are the targets of racism and national oppression. We’ve tried to intervene in the workers’ movement, sometimes very effectively. And we’re proud of it. But we are not the ones who decide exclusively what we can accomplish during our lifetime. Events and conditions decide that.

I’m speaking now predominantly to young comrades and friends. You have a different role because of what is happening now and because of this crisis that the world is entering — that capitalism is entering into. There is the possibility that in your generation, you may actually be able to bring capitalism to its end — but this is not guaranteed.

I want you to think about this and meditate on it and relate to it. If you’re serious, if you’re bold, if you have the patience, if you have the staying power, then that’s one thing the older generation can give you. We may have made mistakes, and there may be some things we didn’t see. But we had staying power. That’s why many of us are still here. After the better part of half a century, we get that.

That’s worth a lot. If you get that, you just may be able to accomplish revolutionary things in your lifetime.

Don’t leave it for other generations, if you can accomplish it now.

Long live our party, long live the socialist revolution, and good health to all of you.

Holmes is the First Secretary of Workers World Party and a theoretical contributor to WW newspaper. He met the party through the American Servicemen’s Union and joined the party as an antiwar GI.