The coronavirus crisis has made it clear that society is run by workers. Our party is called Workers World Party precisely because those who produce the wealth of society — and make sure everybody is fed, housed and clothed — are exploited and oppressed by capitalism. They are exploited for profit and oppressed by racism, sexism and anti-LGBTQ2+ bigotry. The same capitalism that makes our lives hell keeps the rest of the planet poor as well. 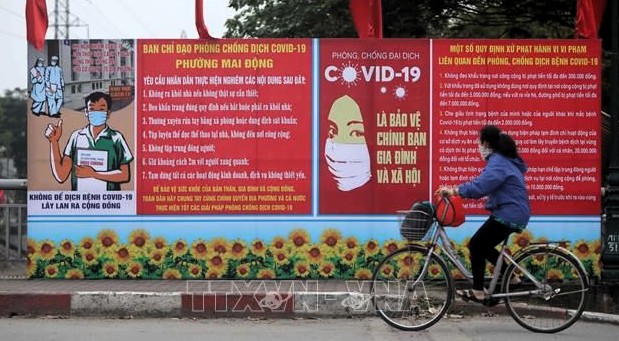 The promise of liberation held out by socialism has inspired millions. It has been the best path for underdeveloped countries that want to escape desperate poverty and get out from under the heel of imperialist oppression. WWP supports all countries which are resisting or are oppressed by imperialism — socialist countries especially, because they point the way forward for humanity.

I can think of no better argument for socialism than the way socialist countries have eclipsed capitalist countries by the pro-people way they have addressed the crisis. China’s response to COVID-19 was to implement a mass mobilization of every sector of society.

China has been praised by the scientific community as well. The World Health Organization called the country’s efforts “perhaps the most ambitious, agile and aggressive disease containment effort in history.” WHO is also under attack by the Trump administration.

You probably know about China’s 76-day lockdown, aggressive quarantines, public temperature checks and the speed with which the coronavirus’ genome was sequenced. That was on Jan. 12, less than two weeks after China first announced the outbreak. This essential step helped the whole world develop test kits for the virus.

China built two hospitals in less than two weeks, so that people with mild symptoms could be cared for, while space was freed up for those with more severe cases. This avoided the heartless triage that exists in New York City, where a person has to be practically dying to be admitted to a hospital. Sick people were turned away multiple times until they were finally admitted, only to die on a respirator. Or they weren’t admitted and died at home.

Less known about China are the details of the government’s mobilization.  Thousands of military doctors and nurses were sent to Wuhan, the epicenter of the pandemic, plus tons of medical supplies. Highways were made toll-free. For those without cars, customized bus routes were set up, with tickets purchased on an app. Bus capacity was held to 50 percent.

The house-to-house approach was also used in other countries struggling to build people’s power. Venezuela’s death toll, which has been much lower than in neighboring Colombia, Brazil and Ecuador, and in most other countries, was kept low by an online survey. People reported online when they had symptoms, and a doctor, often from Cuba, showed up at their house.

Venezuela’s nationwide quarantine included a six-month suspension of all rent and interest payments and six months’ payment of wages by all small and midsize companies. The government banned layoffs and paid special bonuses!

In Cuba, doctors also went door-to-door and reduced new coronavirus cases to fewer than 20 a day, down from 50 a day in April. Before this crisis, Cuba already had the world’s highest ratio of doctors to population, with high life expectancy and low infant mortality rates.

As it always does, socialist Cuba exported its doctors and nurses to other countries in the Caribbean, South America, Africa and Europe, including hard-hit Italy.

The socialist government of Vietnam distributed big bags of free food in quarantined areas to help reduce panic buying and guaranteed the salaries of workers who needed to stay home in April, May and June. As of today, there are still no deaths in Vietnam, a country of 90 million people, with 1 percent of the gross domestic product of the U.S.

These exemplary public health approaches take place in most of these countries, which face the hardships of Washington-imposed sanctions and constant war threats.

WW supports these countries 100 percent, yet takes an independent approach in analyzing them. In China, as well as in some of the other countries,  a socialist economic base exists side-by-side with capitalist exploitation. We see that as a danger. But in the struggle between these two forces in the COVID-19 crisis, the dominant force was the Chinese Communist Party, which led a rational, planned response.

With a socialist base, crucial decisions are not determined by the needs of finance capital. Under capitalism, it’s the billionaire class that is demanding the reopening of the economy, which will probably set off a second wave of infection.  Business owners want profits and don’t want to be beaten by their capitalist competitors.

Murphy (he/him) is a WWP member, an activist with the People’s MTA and the PPA/NYC, and a cartoonist for WW newspaper. He met the party in 1991 when the U.S. bombed Iraq for 42 straight days.