On May 16, hundreds of people from Brunswick and Glynn Counties joined a car caravan filled with community members and activists from Atlanta to demand the removal of two local district attorneys. The DAs, Jackie Johnson and George Barnhill, had failed to press charges against the father-and-son duo of Gregory and Travis McMichael for the murder of Ahmaud Arbery. 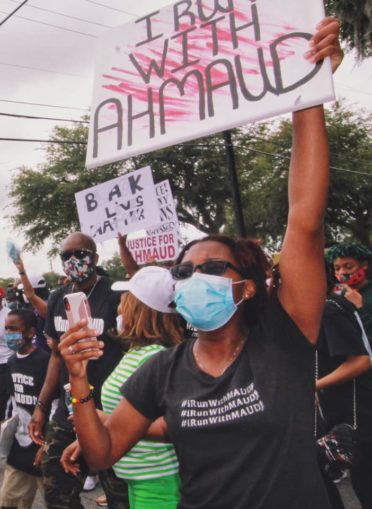 These two white men are residents of Satilla Shores, on the outskirts of the majority Black city of Brunswick. On Feb. 23, they armed themselves and, in a pickup truck, chased and killed Arbery, who was Black, as he was out jogging.

Both DAs had access to a video showing the unprovoked and racist attack. When finally released to the public on April 5, the video enraged and motivated a global solidarity movement, #IRunWithMaud.

In Brunswick, the rally took to the streets to call for justice for Ahmaud. Ongoing actions are planned to keep up the momentum throughout Georgia, as more and more information about the racist “good ol’ boy” behavior of the police and the DA’s offices is exposed.