May 13 was an historic and emotionally charged day as the city of Philadelphia took time to commemorate the horrific bombing of the MOVE family 35 years ago. Police dropped a C4 military-grade bomb on their west Philadelphia home, killing six adults and five children. City officials, including then Mayor Wilson Goode Sr., let the resulting fire burn, destroying 62 homes in the working-class Osage Ave. neighborhood. 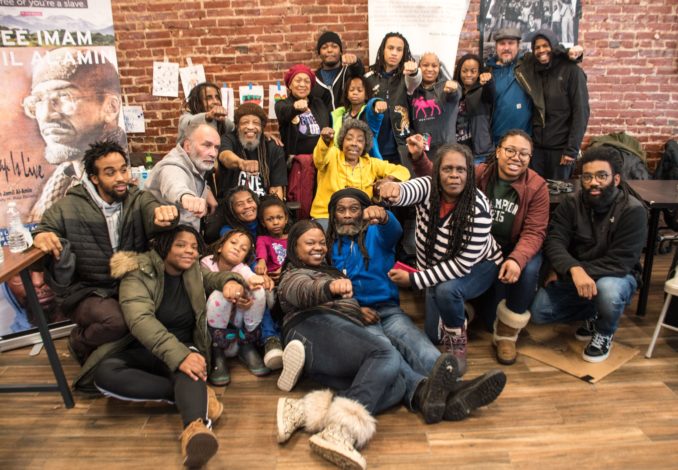 What makes this year’s observation different is the release, over the last year and a half, of all remaining MOVE 9 members imprisoned since 1978. Their release was the primary MOVE demand at the time of the 1985 attack.

Several MOVE members, including those who lost children in the fire, participated in the commemoration. This was a cause for celebration, but also a call for rededication to struggle so that none of the deaths have been in vain.

The predominant demand of all MOVE members participating in interviews and webinars around the anniversary was not for apologies, but for justice — foremost, the release of MOVE supporter, journalist and political prisoner Mumia Abu-Jamal.

Leading up to the anniversary, city officials and others have debated whether an official city apology is in order. In 2018, during a street-naming ceremony in his honor, Wilson Goode Sr., Philadelphia’s first Black mayor in office in 1985 — who authorized the police assault on the MOVE compound — issued a personal apology. Today Goode challenged current city officials to follow suit. Eleven of 17 city council members have expressed support for a resolution to issue a formal city apology for the bombing.

‘We need justice, not apologies’

So far, no apologies have been forthcoming for the years in prison served by the MOVE 9 or MOVE member Ramona Africa. But even Ed Rendell, the district attorney during the 1978 case against the MOVE 9, admitted the 30-to-100-year sentences given the MOVE 9 for allegedly killing police officer James Ramp were excessive.

In the original trial, Judge Edward Malmed, who sentenced the MOVE 9 to third-degree murder, admitted he did not have “the faintest idea” who killed officer Ramp. With access to parole repeatedly denied, they all served over 40 years.

Rendell built his career from district attorney to Philadelphia’s mayor to head of the Democratic National Committee to governor of Pennsylvania. It is of little solace that he speaks up now. And not one city, state or federal official was ever held accountable for the deaths and destruction they caused on May 13, 1985. Instead, the sole adult survivor of the fire, MOVE member Ramona Africa, was the only person punished — by being sent to prison.

In a poignant moment during a May 13 interview on WURD radio, Mike Africa, Jr., son of MOVE 9 members Debbie and Mike Africa, Sr., described all the individuals killed or impacted by the May 13 fire, including the adults he looked up to and the children he played with. He made special mention of Ramona, who he described as being responsible for bringing him back into the family. “I will always love her,” Mike said.

The 1985 fire not only took lives, it devasted a thriving, predominantly Black working-class neighborhood, which never fully recovered. Gerald Renfro, 74, a block captain and member of an Osage Ave. neighborhood association, expressed their ongoing struggle: “True justice for the events of May 13, 1985, would have to include prosecuting city officials involved in the bombing. That’s why the community association protested the 2018 naming of a street after former May Goode, Sr., who authorized the bombing.”

Workers World spoke with Mike Africa, Jr., who expressed disappointment that current Mayor Jim Kenney would not support an apology, even as a first step. “You apologize for bumping into someone by accident — this is so far beyond that,” Africa said. “Some city officials are helping us to raise other demands, especially freedom for Mumia Abu-Jamal. They are giving us a platform to get out more information on what happened. Case in point — police brutality, mass incarceration, and excessive prison time. Apologies without actions are useless. Our people have endured so much. We are not asking for Goode, Rendell or any of the rest to be put in jail; all we want is for our brother Mumia Abu-Jamal to be freed.”

Mike Africa, Jr., and other younger MOVE members are currently working on a project to provide bicycles to children so they can be healthy and active. (Visit seedofwisdom.org to support this project.)

Neighborhood handed over to gentrifiers

For decades since the destruction of their neighborhood, Osage Avenue homeowners have sought restitution from the city for the shoddy job done when their homes, initially rebuilt following the fire, soon started to fall apart. When no serious restorations were made, many homes were eventually abandoned.

Now, 35 years later, after gaining control over the properties through eminent domain, the city sold 36 abandoned homes in the neighborhood to the Philadelphia Redevelopment Authority for $1 each. After being rehabilitated by AJR Endeavors, the properties have been sold at prices ranging from $249,000 to $285,000 — a project that reeks of gentrification. From an investment of $36 these redevelopers stand to gain $9 million.

For 35 years the city of Philadelphia could not do justice by the residents whose homes were destroyed. Now that there are big profits to be made, Mayor Kenney, who does not support an official apology, is on board for a multimillion-dollar giveaway to developers, adding another chapter in this already sorry story.

But the most important chapter will be added when the people finally win freedom for Mumia Abu-Jamal.