As of May 11, the Socialist Republic of Vietnam has not recorded any new cases of COVID-19 in 25 straight days, a remarkable achievement for the southeast Asian nation of nearly 100 million people. The number of confirmed cases remains at just 288, with 148 of those originating outside the country from foreign visitors. Some 241 people have recovered, while the remainder are being monitored in six designated hospitals around the country. 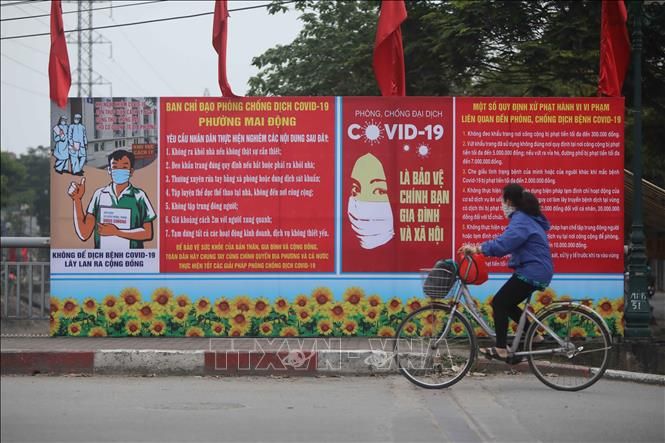 No deaths have been recorded. Vietnam’s present success in controlling the spread of COVID-19 results from the early, well-coordinated actions it took when the virus first presented a threat to the health of the population.

After the first two cases were identified on Jan. 23, Vietnam quickly instituted quarantines, suspended public transportation, canceled in-person classes at schools, closed all nonessential businesses and suspended many international flights. On Feb. 7, Vietnamese scientists successfully cultured and isolated the virus in a lab, joining China, Japan, Singapore and Australia as the only countries in the world to have done so at that time.

The government provided free food, medical care and quarantine facilities for those in need, even setting up “rice ATMs” in several areas where free rice was distributed to anyone who needed it. Neighborhoods with confirmed cases are placed under total quarantine, and the government formed teams of medical workers who go house-to-house checking temperatures and recording any symptoms residents might have.

Vietnam isn’t able to carry out as much testing as wealthier countries, such as south Korea, but by focusing on preventative measures, thorough contact tracing of cases and mass mobilizations of medical workers, Communist Party members and members of the military, Vietnam has had far fewer cases than south Korea, Japan or Singapore, with no deaths.

The country is already beginning to reopen, while still maintaining strict measures and vigilantly monitoring for new cases. All domestic routes of Vietjet Air are now operating again, and tens of millions of students returned to class on May 4.

The 12th plenum of the Central Committee of the Communist Party of Vietnam convened in Hanoi on May 11 under the chair of Party General Secretary and President Nguyen Phu Trong. According to vietnamplus.vn, President Trong said that “the meeting takes place in the context of the 45th anniversary of the liberation of the south and national reunification, President Ho Chi Minh’s 130th birthday and the fight against the COVID-19 pandemic, which has seen the excellent performance of the entire Party and people.”