Over 200 people demonstrated outside the state prison in Marion, Ohio, May 2 to protest the conditions inside and demand prisoners who meet certain criteria be released. The prison drew national attention after 80 percent of the prisoners tested positive for COVID-19. 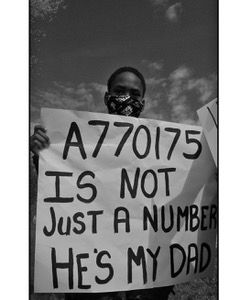 Conditions are now deplorable, with the prisoners only receiving two meals a day. Those meals do not meet the caloric intake or nutritional needs of an adult male. The excuse given is that staff needs extra time to sanitize. However, the more critical steps of requiring masks and social distancing have not been taken.

The protesters demanded that all the 400 prisoners housed at the Marion Reintegration Center be given clemency by Gov. Mike DeWine. Most of them are deemed “low risk” and are within a year of their release date.

“There is no reason to keep everybody there,” Kevin Ballou, one of the protest organizers and a former Marion prisoner, told Workers World. “It’s like a huge warehouse or a huge garage. People sleep 2 feet away from each other. Several have had to nurse each other back to health. People are bedridden.

“One friend had to help an elder prisoner go to the bathroom and back to his cell. One we called ‘Old Man George’ passed away. He was always playing chess. No one knows what happened to him. The people in charge are not qualified to take care of human beings.  This isn’t just a criminal justice issue; it’s a humanitarian issue.”

Speakers at the rally included Ballou and other former Marion prisoners, Cleveland City Councilmember Basheer Jones, and several family members of prisoners. People drove in from all over Ohio to take part in the protest. Some people who drove by were hostile, but many honked in support.