By Mirinda Crissman and Judy Greenspan

From behind prison walls nearly 39 years, Mumia Abu Jamal continues to educate, energize and unite prison abolitionists, former and current political prisoners, and the global activist community. On April 24, his 66th birthday, Abu-Jamal’s story and legacy brought together a virtual gathering “U.S. Empire vs. Political Prisoners,” committed to broadening this movement, not only to free Mumia and all political prisoners but to free us all. 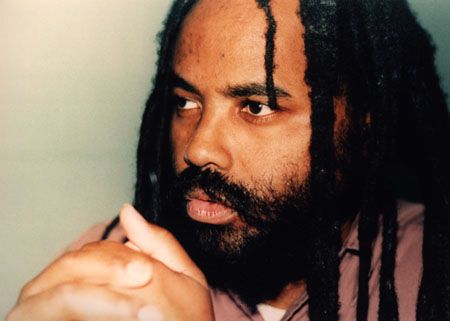 An amazing array of speakers sent warm birthday greetings and spoke eloquently about their individual cases, community campaigns and the uphill battle to win justice for prisoners. Hosted on Commonnotions.org, the webinar was organized by Mobilization4Mumia, the Campaign to Bring Mumia Home, the Free Mumia Coalition (NYC) and a broad array of organizers.

Moderator Johanna Fernandez, Baruch College (CUNY) professor and a coordinator of the Campaign to Bring Mumia Home, opened the program with the question, “What is a political prisoner?” This question and responses by the more than 30 speakers, cracked open a long-held secret of U.S. capitalist domination. Yes, there are political prisoners in the United States

Megan Malachi of Philly REAL (Racial, Economic and Legal) Justice talked about being born in 1981, the year Abu-Jamal was arrested and incarcerated. However, it was not until she was in high school that she attended a rally and found out the truth about who Mumia was.

Kathy Boudin, a former political prisoner who is now a professor of social work at Columbia University in New York City, talked about the blank look in her students’ faces when she asked if there were political prisoners in the U.S. She realized that she had a lot of educating to do.

This extraordinary webinar exposed the serious situation faced by many political prisoners in the U.S. after decades of incarceration. Currently at least two political prisoners have stage 4 cancer and are fighting for medical care and compassionate release

Russell Shoatz III spoke about his father’s condition. Russell Maroon Shoatz, a founding member of the Black Unity Council and a former member of the Philadelphia Black Panther Party and the Black Liberation Army, is serving multiple life sentences. Incarcerated since 1970, he has recently undergone cancer surgery

Former political prisoner and author Susan Rosenberg highlighted the case of Dr. Mutulu Shakur, a political prisoner who was just diagnosed with life-threatening bone marrow cancer and has launched a campaign for compassionate release. Shakur is a founder of the Republic of New Africa and a respected, well-known “people’s” acupuncturist

Jihad Abdulmumit, a former political prisoner and chairperson of the Jericho Movement, stated that this celebration of Mumia’s birthday “should be a call to action.” He reminded listeners that political prisoners are part of the history of our movement for freedom and liberation. Abdulmumit stated, “It is not a matter of our innocence or guilt. It is a matter of supporting our freedom fighters and standing for our independence.”

Speakers from Release Aging People in Prison (RAPP) addressed the urgency of releasing all elderly and immunocompromised people, especially during this coronavirus pandemic. Donna Robinson, whose daughter is serving a life sentence in New York, said, “They have reduced [the prisoners] to digging their graves, producing coffins, and making hand sanitizer that they cannot even use.” RAPP organizer and former political prisoner Laura Whitehorn added, “We have to work to save the lives of aging prisoners and political prisoners during this virus.” RAPP, along with a broad coalition of groups, is conducting a campaign to free them all

There was a sense of great urgency but also strong optimism throughout the program. Several former political prisoners recognized and thanked Abu-Jamal for his early advocacy about their cases through his writing and radio podcasts. Everyone agreed that now was the moment to fight for Mumia’s freedom and for all of the long-held political prisoners.

Recently released MOVE 9 member Janet Africa said, “They told us we wasn’t getting out of jail, ever. We got out after 41 years. They’re saying Mumia is not getting out of jail. Use the example of MOVE. We got out because of the people, because of the support that people have behind them and have behind where we are now. We’re saying don’t stop that pressure. Don’t stop forcing these people to answer for everything they do.” Other MOVE family participants in the  program included Mike Africa Jr. and Pam Africa.

Indian author and activist Vijay Prashad addressed the impact of COVID-19 in  creating a “great lockdown, leaving 3 billion workers, 81 percent of the world’s population, without enough work to survive … while prisons are turned into death camps.” Prashad contrasted the failure of Trump and other bourgeois leaders who demonstrate “mass incompetence” with socialist leaders who have responded to COVID-19 with science and humanity. “A powerful line has been drawn between the bourgeoisie and socialists.”

Nancy Mansour, founder of Existence in Resistance, spoke on the cruelty in Israeli prisons before and during the pandemic. She read a letter to Mumia from a family friend, who has been imprisoned by Israeli occupiers for 30 years: “We as Palestinian prisoners, share with you and all the political prisoners the same goals and aspirations which are freedom and our essential right to resist racism and oppression that we face as Indigenous people in Palestine and as oppressed people all over the world.”

Author and activist Susan Abulhawa, founder of Playgrounds for Palestine, touched on the similarities between the prison systems in the U.S. and Israel. “In addition to the well-known cooperation and training between U.S. police and Israeli occupation military forces, Israel through its lobbies in the U.S. helps to push through domestic legislation that helps to fill our prisons and subvert civil rights here. …  Whether in Palestine or the U.S., it’s all part of the same imperial white supremacist fabric.”

Teresa Gutierrez, national coordinator of FIRE (Fight for Im/migrants and Refugees Everywhere) began with a special shout-out to all health care workers. She talked about the history of the im/migrant rights movement and the influence of the Black Liberation movement. Gutierrez said that with Mumia’s writings on the migrant struggle and U.S. imperialism in Latin America, it was very easy for migrants to understand the connections between his case and the broader struggle. What both the migrant struggle and the struggle of political prisoners have in common is “the tenacity and the inspiration that these sisters and brothers and family are giving us every single day.”

Marc Lamont Hill, author and an activist, eloquently added, “Anyone who dares speak out against this empire ends up in a cage. … So we call for the release of all political prisoners right now, because it is the right thing to do. And we also make a bolder call, a more radical call, and that is the abolition of prison itself. We must move into a moment that no longer uses the prison as the resolution to our social contradictions. The prison must no longer be a resolution to harm that is done.”

The final speaker was Kevin Rashid Johnson, a political prisoner incarcerated in Virginia and a brilliant analyst. Johnson said, “We must up the ante in the fight against the injustice of mass incarceration. We must also develop new alliances and methods of struggle.” He ended by calling upon everyone to build a unified movement to free the political prisoners.

Links to the full program, as well as the other events celebrating Abu-Jamal’s 66th birthday, can be found on Mobilization4Mumia.com.