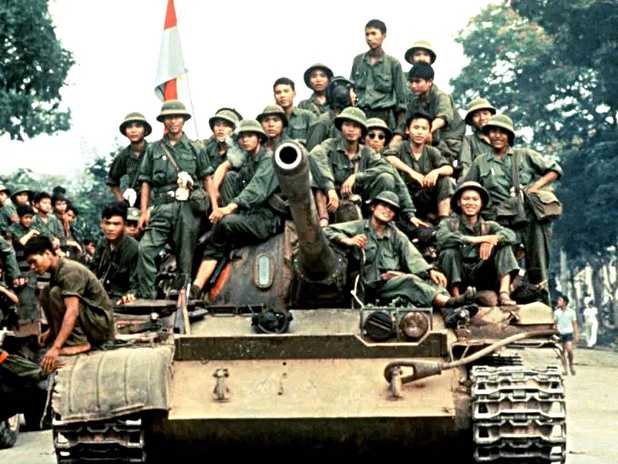 North Vietnamese troops ride through Saigon on a tank in April 1975.

Forty-five years ago on April 30, 1975, the United States was dealt a decisive, humiliating defeat in its imperialist intervention in the civil war in Vietnam. Millions of Vietnamese and tens of thousands of U.S. and allied forces died. The U.S. had brought its considerable military might to try to reverse the Vietnamese victories over French and Japanese colonialism. A fight between an economically weak but politically fierce Vietnam ended up defeating the forces arrayed against it. This was an enormously inspiring example of the power of people’s war. 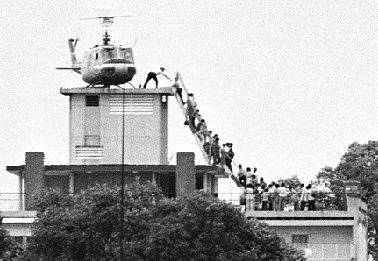 April 30, 1975 – U.S. occupation forces scramble to board helicopter in Saigon. 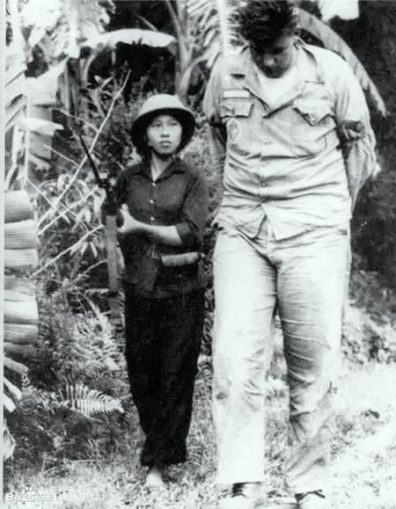