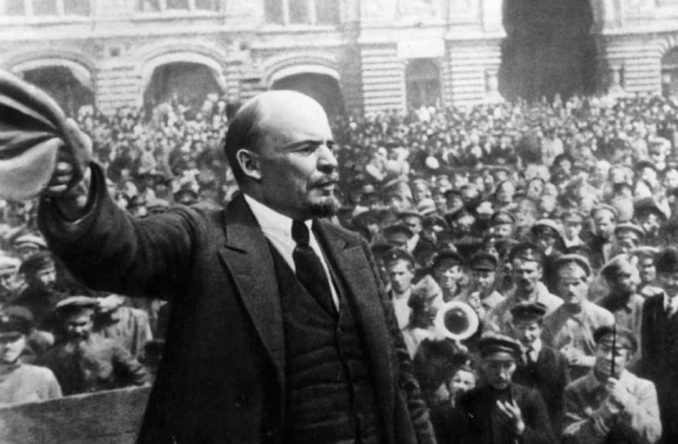 April 22, 2020, marks the 150th anniversary of the birth of Vladimir Lenin, leader of the 1917 Russian Revolution.  In honor of this great proletarian leader and theoretician, WW is reprinting an abridged talk by Deirdre ­Griswold, a founding member of Workers World Party and Workers World editor, given at a WWP meeting on April 6, 2017, in New York.  Other writings by founding WWP members, Sam Marcy and Vince Copeland, on Lenin’s contributions can be read at tinyurl.com/jw8mm6v and workers.org/book/lenin-thinker-fighter, respectively.

But there was one small group of European socialists who in 1914 had refused to support this inter-imperialist war. The leading figure in it was Vladimir Lenin, head of the Social Democratic Party in Russia, known as the Bolsheviks.

“2) The specific feature of the present situation in Russia is that the country is passing from the first stage of the revolution — which, owing to the insufficient class-consciousness and organization of the proletariat, placed power in the hands of the bourgeoisie — to its second stage, which must place power in the hands of the proletariat and the poorest sections of the peasants.

“6) The weight of emphasis in the agrarian program to be shifted to the Soviets of Agricultural Laborers’ Deputies.