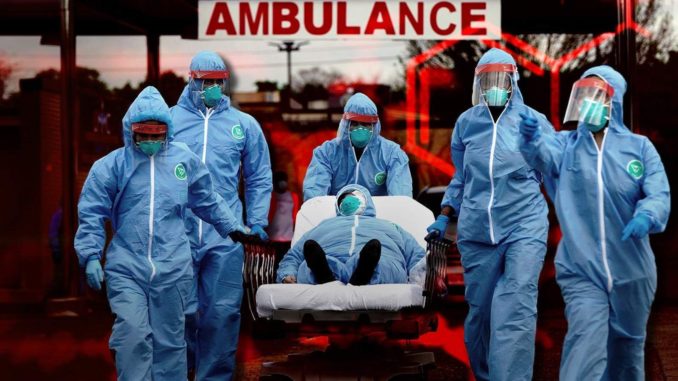 This Texas city rarely makes national news. But since the outbreak of COVID-19, the so-called River City has made the national news twice.

The later one was the poignant scene on April 9 of 10,000 families lined up for a food bank distribution. The scene exposed the crisis of hunger in this country.

The first national news, however, was the case of a nursing home, the Southeast Nursing and Rehabilitation Center, in the predominantly Brown and Black southeast part of this city. News reports on April 1 stated that residents and staff at the facility had tested positive for COVID-19.

Since then, 17 of the elderly residents have died from the virus, and 28 of the staff have been infected or become sick.

KENS radio website noted that during the facility’s last government inspection in 2019, Medicare gave it “one out of five stars.” (April 15)

Many have written that “a country is judged by how it treats its frailest members.” How sad that after having the chance and privilege of living a long life, workers are considered dispensable and disposable, simply because they are no longer able to produce wealth for the bosses.

COVID-19 exposes conditions for the elderly

COVID-19 has laid bare for the world to see that the capitalist system is incapable and unwilling to take care of its sick or vulnerable, including the elderly. COVID-19 substantiates that a “for-profit” decentralized health care system must be abolished. And it must be abolished now.

Early on in the COVID outbreak, Seattle was hit, and it too had a nightmarish outbreak at a nursing home, where beginning Feb. 26 more than two dozen residents died. The New York Times said: “The outbreak … exposed the great vulnerability of the nation’s nursing homes and assisted living facilities, and the 2.5 million people who live in them.” (March 4)

The article continued: “These institutions have been under increasing scrutiny … for a unique role they play in inflaming epidemics. Research shows these homes can be poorly staffed and plagued by lax infection-control practices, and … residents frequently cycle to and from hospitals, bringing germs back and forth.”

At the San Antonio facility where COVID-19 surfaced on April 1, workers were found to “work at 10 other nursing homes” at the same time, also showing the brutal schedule of low-wage caregivers. (KSAT News) More headlines continued to reveal the crisis.

On April 15, a New York Times article announced, “After Anonymous Tip, 17 Bodies Are Found at Nursing Home Hit by Virus.” It added, “There have been 68 recent deaths of residents and nurses from the facility in a small New Jersey town.”

The next day, the newspaper headlined: “29 Dead at One Nursing Home from the Virus. Or More. No One Will Say” about a nursing home in Queens, N.Y.

Imagine the pain, uncertainty and fear of the families of those elders. Imagine not being able to hold your mother or wife or partner, one last time.  Imagine the horror of not knowing how your loved one spent their last moments on Earth, or the sadness of not being there to comfort your loved ones because (correctly so) nursing homes are suddenly on lockdown.

In 2000 the Department of Health and Human Services stated: “People are dying … because they don’t get enough water and nutrition into their system. … A congressional report says 1,600 U.S. nursing homes — nearly one-third — have been cited for abuse.” (CBS News, July 20, 2001)

Nineteen years later on April 18, a Washington Post article wrote: “Forty percent of more than 650 nursing homes … with publicly reported cases of the coronavirus have been cited more than once … in recent years for violating federal standards meant to control the spread of infections.”

These violations included “unsafe conditions that can trigger the spread of flu, pneumonia, urinary tract infections and skin diseases. Dozens were flagged by inspectors only months before the coronavirus pandemic struck the United States.”

The facilities that had broken federal regulation standards for safe conditions and now had COVID-19 deaths included Pleasant View Nursing Home in Maryland where “24 people had died” of the virus; the Canterbury Rehabilitation and Healthcare Center near Richmond, Va., with 49 deaths; and a center in southwestern Pennsylvania where “officials have warned that all 750 residents and staff members could be infected.”

The staff at these institutions cannot be blamed for the problems, even if some have carried out antisocial behavior while performing health care duties. In reality, it is the capitalist system that is at fault, not the health care workers.

If these nursing homes had already been cited, where was the government follow-up to make sure corrections had been made?

Low pay, lack of training, difficult hours and demanding tasks make the care of our elderly challenging under capitalism. It is not easy to deal with diaper changes or bed sores for adults, especially if the patient has dementia.

Nonetheless, there are reports after reports that health care workers are going out of their way to tend to the needs of the elderly, despite low pay. Countless family members sing the praises of certified nurses assistants, nurses, receptionists, administrators and others who take time to FaceTime or Skype residents with their family members on the outside during this period.  That is beyond the call of duty.

The care of the elderly is a very important job that requires skill and, one would dare say, tenderness. The job — really the career — should provide quality training and pay extremely well.

This is not likely to happen without a mass struggle. COVID-19 must lay the basis for that struggle.

Under socialism the elderly would not be thrown out to pasture. Elders would be seen as a source of pride, wisdom and history; they would be treasured as they are, for example, in Indigenous communities.

A challenge for Marxists

Silvia Federici, professor emerita and a teaching fellow at Hofstra University, challenges the left to make the demand of care for our elders part of the struggle for socialism.

In “On Elder Care Work and the Limits of Marxism,” Federici writes: “Care work … especially eldercare, has come in recent years to the center of public attention … in response to a number of trends that have put many traditional forms of assistance into crisis. First among these trends has been the growth … of the old- age population and the increase in life expectancy which has not been matched by a growth of services … for the old.”

One key factor, she writes, is “gentrification … that has destroyed the support networks and forms of mutual aid on which older people living alone could once rely, as neighbors would bring food, make beds, come for a chat.”

“As a result,” she continues, “… it is now recognized that for a large number of elderly, the positive effects of a longer life-span have been voided or clouded by the prospect of loneliness, social exclusion and increased vulnerability to physical and psychological abuse.”

She appeals to the left to make the question of elder care part and parcel of the work of Marxists and revolutionaries: “The struggle over elder care must be politicized and placed on the agenda of social justice movements. A cultural revolution is also necessary in the concept of old age, challenging its degradation as a fiscal burden on the state and the younger generations (on one side), and (on the other) its mystification as an ‘optional’ stage in life that we can ‘cure,’ ‘overcome,’ and even prevent.”

The road to socialism will be multigenerational

When one considers the shortened lifespan in the Global South or among prisoners, the homeless, in oppressed U.S. communities, it is right to conclude that growing old is now a privilege.

Young people today face one existential crisis after another. The climate crisis alone evokes the question: How long do even millennials have on this planet?

But in struggle after struggle — whether fighting against climate change or a lack of health care or fighting to raise the minimum wage — we see young and old hand in hand.

The generations may not always understand each other’s languages in entirety, but young revolutionaries understand that any benefit they have was built on the shoulders of their elders.

And elders — despite back pains and other tolls of aging — have all along fought to change society for future generations.

A better world is indeed in birth. Whether elders on the left live long enough to see that world, they will nonetheless go down fighting for socialism — until death.

Gutierrez’s 90-year-old mother lives in a San Antonio nursing home two blocks from the Southeast facility with the Covid-19 outbreak.