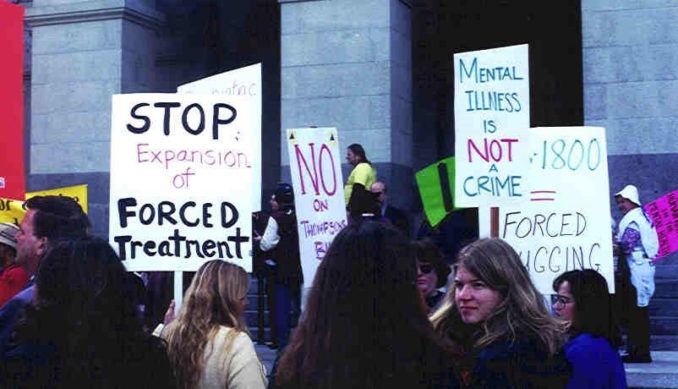 “When the able-bodied community gets the sniffles, we get pneumonia. … The difficulties are multiplied tenfold,” said Damien Gregory, an African-American wheelchair user with cerebral palsy. (“Coronavirus Strains Safety Net for People with Disabilities,” Wall Street Journal, April 19)

When asked about the numbers and statistics on how the COVID-19 coronavirus has affected people with disabilities, Susan Dooha, executive director of the Center for the Independence of the Disabled New York  (CIDNY), told the interviewer: “People with disabilities are not being counted!” (Metrofocus, PBS, April 16)

Dooha warned that people with disabilities are at higher risk for this pandemic due to the chronic conditions they face, the disparately more overcrowded facilities in which they live, their ages and the prevalence of living in poverty — all of which are dramatically increased for disabled people of color.

Miscounting people with disabilities is nothing new in U.S. history!

2020, the year of the pandemic, is also a U.S. census year. However, racist, ableist and sexist methods of miscounting have also been used as weapons against the oppressed. The original Constitution of the U.S. counted enslaved African Americans as three-fifths of a person. In the U.S. censuses from 1840 through 1890, people considered “mentally ill” or “mentally re****ed” were counted in those categories.

These data were used to facilitate forced institutionalization of people with emotional, mental, psychological and neurodivergent disabilities in prisons and asylums, as well as to perpetuate racist stereotypes with falsified statistics regarding African Americans and Indigenous peoples. (“A Disability History of the United States” by Kim E. Nielsen) It is significant that many of the people at the greatest risk for COVID-19 today in the U.S. are housed in nursing homes, so-called mental institutions and prisons.

The U.S. Immigration Act of 1882 also “miscounted” disabled people by prohibiting people from entering the U.S. if they were “unable to take care of himself or herself without becoming a public charge.” These restrictions on the right of a disabled person to immigrate to the U.S. were made even more restrictive in 1891, 1903, 1907 and 1924. All these draconian laws were also racist in excluding Asian Americans, especially Chinese people.

At Ellis Island in New York harbor during the peak years of U.S. immigration from 1870 to 1924,  when potential immigrants were screened, interviewed and examined, U.S. officials marked those with any form of disability with a chalked letter on their backs containing a different code for each disability, so it would be easier to exclude them. “X” was the mark given to people with “possible mental illness” and “X” with a circle for “definite mental illness.” (“More than Passenger Lists: The Other Records at Ellis Island” by Rhonda McClure, Ancestry.com, March 2006) This reporter’s mother, aunts and uncles entered the U.S. after going through Ellis Island.

Emotional, mental, psychological and neurodivergent disabilities is a category of disability profoundly impacted by this pandemic.

In an article titled “COVID-19 could lead to an epidemic of clinical depression, and the health care system isn’t ready for that, either,” clinical psychology scientists Jonathan Kanter and Katherine Manbeck at the University of Washington’s Center for the Science of Social Connection sounded the alarm: “Isolation, social distancing and extreme changes in daily life are hard now, but the United States also needs to be prepared for what may be an epidemic of clinical depression because of COVID-19. … We do not wish to be the bearers of bad news. But this crisis, and our response to it, will have psychological consequences.” (conversation.com, April 1)

They elaborated on what they called a perfect storm of depression risks. They classified stress, loss, grief and catastrophic financial difficulties as robust predictors of depression, warning that loneliness breeds depression.  Kanter and Manbeck’s practice is in the state of Washington, the first U.S. COVID-19 epicenter.

This reporter has experience with depression. I was misdiagnosed with schizophrenia in 1975 and was improperly medicated for five years. Finally, a psychiatrist corrected the diagnosis, after first encouraging me to visit the library and study for myself what was then called manic depressive disorder (now called bipolar). My psychiatrist and I collaborated to match my symptoms more closely to manic depression in order to prove the first diagnosis wrong. This psychiatrist gradually weaned me off extremely addictive psychotropic medications which had caused serious side effects, including drowsiness, disorientation, uncontrollable shaking, inability to sleep and unusual and dangerous sensitivity to heat.

In 1993, my 83-year-old mother was medicated against her will with some of these same antipsychotic drugs. After she refused to take her meds, a relative and a psychiatrist signed her into Hillside Psychiatric Hospital Strauss Cottage, where she was held for three weeks until she would agree to take her meds and comply with an Elder Care plan of seven days a week home care, for which my father would have to pay. My mother was forced to wear an ankle bracelet so she wouldn’t run away. When I visited her, a Jewish friend of hers, a Nazi Holocaust survivor, was being given electric shock treatment for her nightmares about the Nazi concentration camps. My mother died two years later.

In 1990, the Supreme Court ruled that prisoners, who are disproportionately people of color, do not have the same rights as nonprisoners to refuse antipsychotic medications. Many now fear that they will be involuntarily forced to take unproven medications for COVID-19, which can be a death sentence — especially for those with cardiovascular and respiratory afflictions.

This reporter recognizes that people with and without disabilities have been helped by the treatment of psychiatrists and other mental health professionals. But the capitalist system, which puts profits before people, encourages and promotes abuse of patients and discourages nurturing, scientifically sound patient care.

In 1981, when I first identified myself as a person with an emotional disability, I joined with comrade Betsy Gimbel in Workers World Party’s People with Disabilities Caucus at the All Peoples Congress in Detroit. The APC was the grandparent of today’s Peoples Power Assemblies. Betsy had been secretary of the great civil rights group Disabled in Action and helped lead the fight for wheelchair lifts on New York City buses. Betsy stressed that the most important thing about people with disabilities is our abilities.

I have traveled with scooter-user Mary Kaessinger in her struggles to navigate the 80 percent inaccessible New York subway system, when several people had to lift her and her scooter into a subway car because it is not at the same level as the platform. Sometimes she had to change her route and travel long distances to find a station with an elevator. She often enlightened me with the remark: “Welcome to my world.”

COVID-19 has now “welcomed” the entire world to what disabled people have endured and known in our bones for centuries.

All disabilities can be considered to constitute a rainbow in which the independent struggle of each disabled person for equal access, justice and health care enhances the overall struggles of all peoples with disabilities and of all the world’s workers and oppressed. Just as a pebble at the top of a snowcapped mountain can grow to be a huge boulder, we can create a world where everyone is counted and can contribute according to their abilities and receive according to their needs.

Edward Yudelovich, a Workers World Party People with Disabilities Caucus organizer with emotional and hearing loss disabilities, dedicates this article to the memory of Rosemary Neidenberg, whose encouragement helped fuel his activism for the past half century.