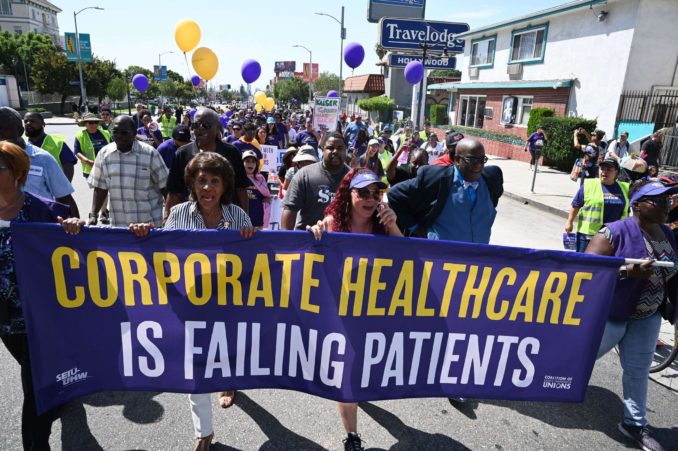 April 14 — How many people have actually died of the COVID-19 virus and related conditions?

Already more people have died of the coronavirus in the United States — 22,000 as of April 13 — than in any other country. New York City with 10,056 deaths is the epicenter. The U.S. has now more than 500,000 confirmed COVID-19 cases, the largest such number in the world.

But there may be an enormous undercount of those who have died, nationally and in NYC—  as high as 40 percent.

The lack of ability to even arrive at consistent numbers exposes how fragmented and compartmentalized the U.S. for-profit health care system is today.

The New York Times, NBC News and other mainstream media agree that official statistics are only a partial picture and may significantly understate the death toll.  The figures do not include thousands of people who have died at home or died in nursing homes. The likelihood is great that Black and Brown people dying in oppressed communities, lacking access to health care, are being undercounted.

The death count includes only those who have tested positive for COVID-19 and have died in hospitals. But the U.S. is far behind most countries in testing. Less than 1 percent of the U.S. population has been tested for the coronavirus.

If a family member dies at home in NYC from COVID-19 or any condition flowing from the virus, they probably won’t be included in the official death toll because of a discrepancy in the city’s reporting process.

If a family member dies in a nursing home anywhere in the U.S., they may not be included in the fatalities.

The New York Times reported April 10 that in the first eight days of April, 1,891 people died at home or on the streets of NYC. But paramedics are not performing COVID-19 tests on those they pronounce dead.

For all these reasons, New York City’s official death count is far lower than the real toll.

However, one revealing figure is that over the first five days of April, more than eight times the number of deaths were recorded in New York City than during the same period in 2019. (NY Times, April 10)

Nearly 2,500 long-term care facilities in 36 states are battling coronavirus cases, according to data gathered by NBC News from state agencies. (April 10) That’s an explosive increase of 522 percent compared to a federal tally just 10 days ago.

NBC News counted 2,246 deaths associated with long-term care facilities, based on responses from 24 states, and cautioned that the figures are an undercount. Key states with many nursing and long-term facilities, including Florida, did not provide any data. This was also true for California, Michigan and Pennsylvania, states with large outbreaks.

In fact, half of all states said they could not provide data on nursing home deaths or declined to do so. Lynn Sutfin, a spokeswoman for the Michigan Department of Health and Human Services admitted: “We don’t currently have the infrastructure within that system to collect the information and report it out.”

Speaking to NBC News, David Grabowski, a professor of health care policy at Harvard Medical School, said: “It’s impossible to fight and contain this virus if we don’t know where it’s located.” (tinyurl.com/uo36tek)

That the U.S. cannot count, much less track, the human toll of this historic pandemic once again exposes a capitalist health care system that puts profits before people.