Workers World reporter Ted Kelly interviewed Bryant Arroyo, a lifer at Pennsylvania State Correctional Institute Frackville in central Pennsylvania on April 1. Mumia Abu-Jamal has referred to him as “the world’s first jailhouse environmentalist.” Arroyo has been in prison for 27 years for a crime he did not commit. 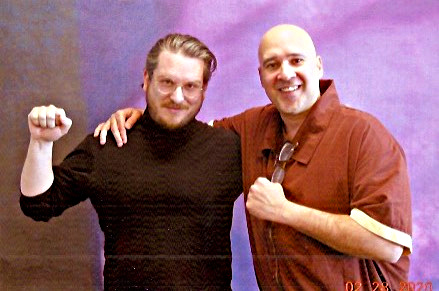 Workers World: What are the threats that the COVID-19 pandemic poses to prisoners?

Bryant Arroyo: It’s definitely a trying time. I’m just trying to maintain a positive outlook, even though I do believe this COVID-19 virus will spread, and it’s not something we’re going to be able to stop, per se. This is a new ordeal, not just here, but it’s something that’s unprecedented throughout the system. I also believe it presents a new excitement for the system to revamp its draconian laws and look at it with a new, fresh perspective.

Change is inevitable. We all have to go through a process of change, regardless of whether we’re reluctant or reticent to do so. I think the system now confronts a new monster. It ain’t the COVID-19. It’s the injustices that have been done to prisoners like myself who are actually innocent and those who are deserving of a second chance.

I have to tell you this because these are unusual and unprecedented circumstances. Instead of giving out more rations and better quality of food, they give out less rations and poor-ass quality of food. Thank God that I’m fortunate enough to have the little bit that I do have, coupled with my cellie, and we share with each other. But what if you don’t have that?

WW: Can you describe what the rations have degenerated to?

BA: For example, for breakfast, they give you a packet of coffee (which is the lowest quality), a shitload of salt and pepper, one cereal, one piece of cake and a milk. That’s your breakfast. Today, Wednesday, they gave us two eggs, a packet of coffee, a carton of juice, and a milk with cereal. If you cup your hand, that’s the amount of cereal they gave.

WW: Are all meals taken directly in the cell right now?

You got two workout machines on the block. I don’t want to work out. I want to communicate. Aside from that, I’m not going to take my [one hour of] rec — that I have to take a shower in and try to get in the phone calls to communicate with my family — and take away 10 or 15 minutes [for rec]. It’s too precious to exercise right now. So the only exercise I can do right now is through my jaw and my voice box. [Laughs]

WW: You have to do all that in one hour?

BA: Yes! I haven’t even taken a shower. I got my hands right now wrapped in my underwear, soap dish and rag. My shampoo’s on the floor. So when I’m done with you, I’m going to see if I can call my daughter and then I’ll take it from there.

I’m telling you right now that even with all the things that we do have — I’m talking about the little luxuries: my typewriter, I got that stationed; the tablet, if you got games on it or music you can utilize that.  If you got a TV, you’re temporarily getting free cable. Let’s just say you don’t have any of that.

Can you imagine what the mental health aspects are? They’re going through the roof. Because even with the particular luxuries that I mentioned, that’s not enough. People are fearful. They’re concerned. They’re tired of being tired and left in the dark.

The DOC [Department of Correction] is treating this like a natural lockdown. But this is literally a death row lockdown, which exacerbates mental health problems. To be truthful, the reason they’re doing this is that they don’t know how to adapt to the overall big picture. As they go, they are more reactionary.

If they’d respond to the situation accordingly and listen to exactly what our needs are, that would protect them. When we as prisoners eat a good meal and we’re in our cells, guess what we’re doing? We’re laughing, joking, thinking about our families, discussing our families — and going to sleep. You can go to sleep in peace after breaking bread accordingly. They don’t get that.

They’re probably going to go off again today because [the prison staff] were trying to deprive them of showers. They’re frustrated. They’re locked in. They haven’t had their rec. So they all kicked in unison until [the staff] turned around and said, okay, we’re going to shower you.

WW: So it worked.

WW: But the fact that they had to all kick their cell doors in unison just to get a shower and their meal time and their rec.

WW: Workers World says that prisons are concentration camps for the poor. Do you agree?

BA: Yes. You always have to look at [prisoners] as destitute. They have absolutely nothing except for the fact that they’re in prison. If you jump off of that premise — which is that most of us are in the most extreme position — you can make the best decisions. This situation presents us with challenges that we have to reckon with, that we may not have previously fathomed or entertained. That’s part of life.

Now COVID-19 is part of all our lives. Hope that a lot of us don’t get it, and that if we do get it, that we don’t die from it. That is my sincere hope for all my loved ones, family members, friends around the world. For real!  At the end of the day, this pandemic is taking lives. So it is serious. It is a matter of life and death. And when we’re presented with a situation of this magnitude, the leaders at the top need to come to the floor and see for themselves and speak to us.

It goes against the very same thing that the CDC [Centers for Disease Control and Prevention] states and the federal jurisdiction has stated: that we have to downsize and have space. As we all know, prisons are a cesspool. And there is no space, and there’s overcrowding.

We’re packed in here like sardines. Being locked in 23-and-1 doesn’t even give us access to fresh air other than what comes in through your window. It sucks. Granted [staff] have more liquids to clean with, and this, that, and the third, but aside from sterilization, you need fresh air!

This is going to really present a new challenge. Aside from the misery that this COVID-19 has brought upon the people — the traumas, devastation, tragedies, lives being taken — I think this presents an unprecedented and indelible mark in history. Because you still have the time to do what is right. You can come up with many great ideas.

I believe now is the time not to just get dug in, but to come up with very creative, conscionable, reasonable and firm ideas so that we cannot just develop, but we can grow. Look at a means of justice informed by all the families who live in this misery for years, supporting their loved ones who are innocent or deserving of a second chance. Now is the time.

Ted: You need to put that out there. You need to say this is a shame! They need to have thousands of those in the storehouse just in case.

WW: And [prisons] need to be releasing people now!

BA: There you go. If you’re gonna look at the economic feasibility of it, what is “the lesser of two evils,” so to speak? Release on parole! If they don’t report, then you can take other measures. But in the meantime, between-time? It’s never too late to do what is right — and that’s to quote from King.

Listen: Speak up and speak out. Remember that you are vicariously our voice from within. Know that no matter what it looks like, this right now is the scariest and most fearful position that any human being can be in. Make sure you state that.

But let ‘em know: We shall rise up! Fists up!