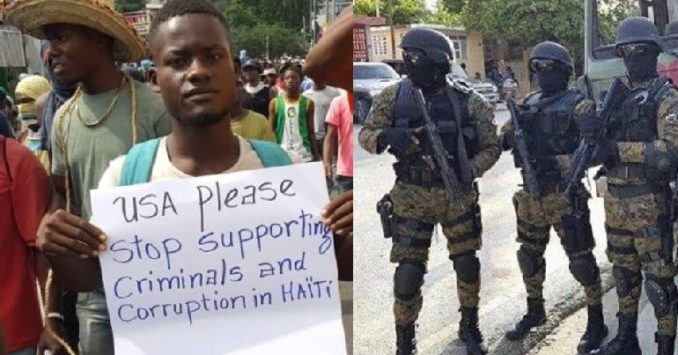 The predictions are grim, and the figures are totally misleading: As of April 5, 6 p.m., Haiti reported only 21 COVID-19 cases and one death. The Dominican Republic, which shares the island of Hispaniola with Haiti, reported 1,745 cases and 52 deaths. (worldometers.info/coronavirus/)

Haiti has only 130 ICU beds. Dr. Paul Farmer, head of Partners in Health, a nongovernmental organization, believes that only 30 of them are fully functional and there are at most 64 ventilators in the country.

What the numbers really signify is that Haiti only tests the elite or foreigners, who manage to get treated by one of its rare doctors in a hospital, while testing in the Dominican Republic is broader. But it’s also an admission that COVID-19 does exist in Haiti.

Almost 6 million people in Haiti live on less than $2.41 a day, the poverty line, according to the World Bank. The government of President Moïse Jovenel has called for people to isolate themselves, stay home, frequently wash their hands and engage in social distancing. And the U.S. government has given Haiti, through the U.S. Agency for International Development, $2.2 million to help it clean up its water supply and provide aid to the laboratories doing the testing.

But on $2.41 a day or less, it is hard to feed yourself and your family and buy the soap, and in many instances the water, needed to wash your hands. Most poor Haitian families live in a single room, which makes social distancing impractical, especially since their neighbors are just a wall away.

If people don’t go out to work, they starve.

Dr. Ernst Noël, of the Faculty of Medicine and Pharmacy, in Port-au-Prince, believes that a projection of 800,000 deaths from COVID-19 is not an exaggeration. (tinyurl.com/rybspdl)

Cuba, which has been the object of a U.S. boycott for the past 60 years, sent a team of 345 doctors and medical workers to Haiti last week. That was their concrete international solidarity with Haiti.

Progressive Haitian organizations have been struggling for much of 2019 and the early part of 2020 against the corrupt, U.S.-imposed regime of Jovenel and his Bald-Headed Haitian Party, bringing at times hundreds of thousands of people into the streets. They see their struggles, on one hand, as part of the four centuries of struggles against slavery, colonialism and neocolonialism in the Caribbean, whose main instigator is currently the United States, and on the other hand, as part of their international solidarity in defense of Cuba and Venezuela.