Rosemary Neidenberg had reached the age of 99 before she died on March 29. But losing her then was still too soon and too sad for all her comrades, family and friends.

Rosie was a treasure, a loving hug, an encyclopedia of past memories. She was beautiful in every way, her sweet face a true mirror of her generous and joyful personality.

She was also as reliable as an atomic clock, still producing the mailing labels for bundles of Workers World newspapers each week. She had been doing it from her apartment in Brooklyn for many years, once she could no longer travel to the Manhattan office of Workers World Party. 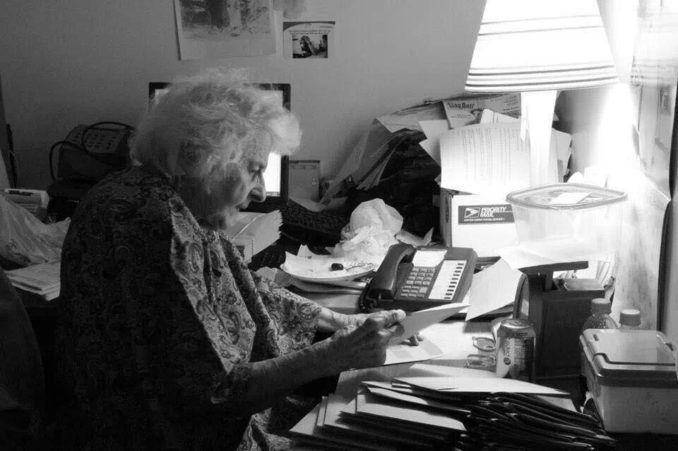 Rosie at work in the Workers World Party office.

Rosie was born in 1921 on March 8 — International Working Women’s Day — and raised in a conservative family in Buffalo, N.Y. Later in life she discovered a St. Christopher medal her mother had anxiously sewn into the lining of her jacket to protect her from evil influences.

When she was seven, she spent nine months in bed with polio, using the time to read all 24 volumes of the works of Mark Twain. She survived, but had difficulty walking, so from then on she went everywhere on a bicycle. Nothing could keep her down.

Later in life she told her friend and comrade Brenda Ryan of several events that had led her to become a Communist. She was first influenced by stories from her grandmother about how her grandfather had been electrocuted while working in a wheat processing plant. The company refused compensation to her grandmother and their four children, claiming he died of a heart attack. 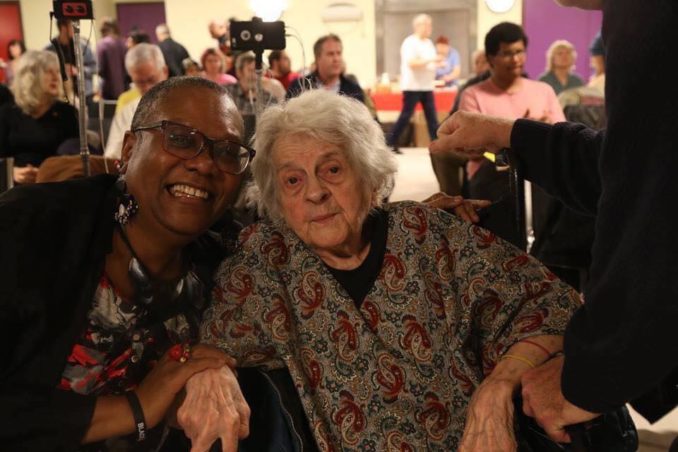 Inspired by militant struggles in the 1940s

Rosie was in her twenties and working in Buffalo’s main downtown library when she first met Vince and Libby Copeland in the 1940s. At the time, they were in the Socialist Workers Party. Libby became Rosie’s best friend and comrade.

Vince was a steelworker and union militant. In 1950, during the repressive days of the Cold War, he was fired from Bethlehem Steel. This provoked a wildcat strike by thousands of his fellow workers and a frenzy of redbaiting in the local press.

Rosie was not intimidated by any of this. She embraced the struggle for socialism and against every form of bigotry that pollutes human relations under capitalism.

Over the years, she played a very active role in the movements against racism, sexism and the oppression of LGBTQ2+ people. She also helped lighten the mood in those early days of virulent anticommunism, contributing her wit to skits and even operettas produced at the party headquarters that lampooned the blood-sucking ruling class.

Her apartment was a cozy and fun hangout, especially for anyone needing even  temporary refuge. People confided in her about their personal problems, knowing she would never be judgmental.

She helped a number of women who needed to terminate unwanted pregnancies. At a time when abortion was illegal, that took both courage and medical know-how.

By the late 1940s, Sam Marcy and Dorothy Ballan had come from New York to Buffalo to be leaders of the branch there. Not long after, Dorothy’s cousin, Milt Neidenberg, arrived from Brooklyn to join them. Milt had been in the Navy during World War II. With his old peacoat, Brooklyn accent and intense gaze, he radiated charm as well as militancy in the class struggle.

Rosemary recalled the moment she knew she was in love with Milt: at a street meeting where he was handing out fliers. “There was something about the way he leaned forward to people as he gave them out,” Rosie said later. From then until Milt’s death in 2018, he and Rosie were inseparable.

A founding member of WWP

In 1959, Rosemary and Milt were among the founding members of Workers World Party. Led by Sam Marcy, members in three branches of the SWP — Buffalo, New York City and Youngstown, Ohio — had broken with that organization over its support for counterrevolutionary developments in Eastern Europe, as well as its reluctance to recognize the proletarian class character of the revolutions in China and Korea. They had carried out a long ideological struggle within the SWP before finally deciding it was time to leave and build a new organization.

Happily, that break and the founding of WWP coincided with the triumph of the Cuban Revolution and the opening of a new era of struggle for socialism.

Rosie and Milt eventually moved from Buffalo to New York City in 1965 to help build the Workers World Party center there.

Rosie brought with her the kind of personal warmth and interest in others that is harder to maintain in a big city like New York, with its five boroughs and the difficulty of getting around, especially for someone with limited mobility. But it didn’t slow her down. She maintained her level of work, her participation in party events and her keen interest in people that was part of her politics.

For many years, when the party headquarters was on the third floor of an old walkup building on West 21st Street in Manhattan, she climbed all those stairs to faithfully staff the office once a week.

This was a time when WWP was in the forefront of many historic struggles.

In 1962 Youth Against War & Fascism, WWP’s youth group, held the first U.S. demonstration against the war in Viet Nam. President Ho Chi Minh heard of it and publicly commended the action. WWP later aided in the formation of an antiwar union within the armed services — the American Servicemen’s Union — that put out a regular newspaper and had members in U.S. bases all over the world.

The party also appealed to the antiwar movement to join forces with the Black struggle, raising the slogan “Stop the War against Black America.” It supported the Black Panther Party when it was under attack and in 1974 organized a march of 20,000 people in Boston to drive back a racist terror campaign gripping the city.

In June 1967 WWP held the first U.S. demonstration to defend the Palestinian struggle, during the Six-Day War.

In 1970 YAWF Women in New York revived International Working Women’s Day with a huge rally at the Women’s House of Detention, where both Ethel Rosenberg and Angela Davis had been incarcerated. The same year, the party joined the historic struggle against lesbian and gay oppression at the first Gay Pride march.

Rosemary was a great friend of Leslie Feinberg, a party member and leader in the LGBTQ2+ movement. She was deeply saddened when Leslie died from a tick-borne infection in 2014.

She supported all these struggles with her usual enthusiasm. 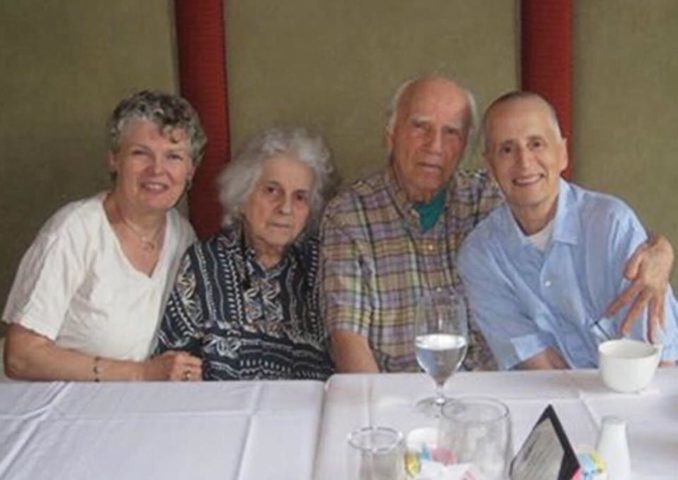 While Rosemary was enthusiastic and warm to her comrades, she was always frank and honest in giving her opinions. In fact, that was one of her most endearing qualities. Ask a question, get a straight answer.

Along with everything else they did, she and Milt found the time and energy to bring a new life into being — their adored daughter Nina. They were kind and loving parents, so proud of Nina and the grandchildren she brought them. 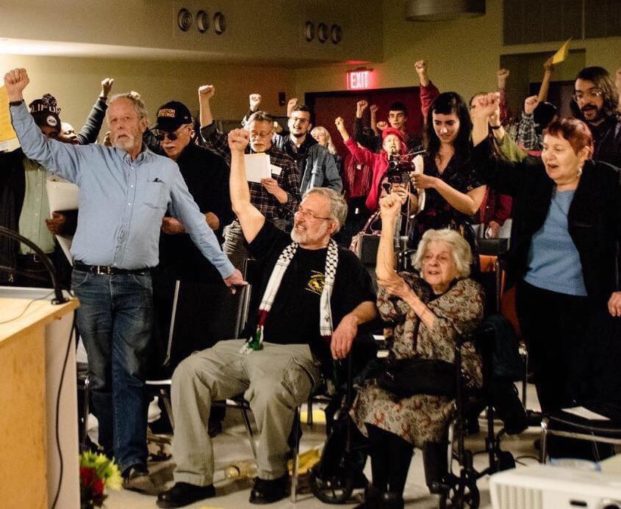 Rosemary Neidenberg was fortunate in understanding the world around her and making choices that put her on the right side of history. She led a long and valued life, making many contributions to WWP along the way, and is deeply missed.

There is much more about Rosemary that needs to be said. In these times of the COVID-19 epidemic, meetings and memorials are restricted. Hopefully, an online space will be made available soon for comments by all those who knew and loved her.  Rosemary Neidenberg ¡presente!