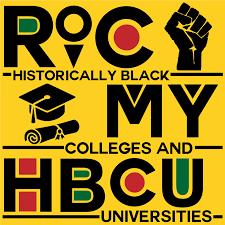 The Philadelphia Tribune ran a March 26 article exposing how the lesser-resourced Historically Black Colleges and Universities (HBCUs) in the United States will take a harder hit than rich, predominantly white institutions (PWIs) during closures due to COVID-19.

These realities cannot be separated from the old saying: “When America catches a cold, African Americans catch the flu,” in the centuries-old struggle against white supremacy, including in the area of education.

Multiple professors were interviewed by Conversation U.S. — a panel of academic experts — and gave their perspectives on varying aspects of the current health crisis facing the HBCUs.

A professor at Rutgers University, Marybeth Gasman, pointed out that smaller HBCUs have few information technology specialists, and therefore, with the demand for students to work online from their homes, remote-learning situations will prove more difficult for students.

Furthermore, since three-fourths of HBCU students, coming from working-class families with lower incomes, are eligible for Pell Grants, these same students may not have access to Wi-Fi or laptops. This was also a concern of Gasman. For remote learning to work successfully, students must have access to laptops and reliable Wi-Fi. Some HBCUs are lending students laptops.

A professor from Howard University, Ivory A. Toldson, echoed the concerns about technology, saying many HBCU professors do not have adequate technology to be able to quickly move classes online. Again, some students may not have quality internet connections.

HBCUs have smaller endowments than other institutions across the U.S. As a result, many HBCUs rely on tuition from students and less on scholarships. If students are unable to access laptops or Wi-Fi, they may drop a class, leading to the university having less money than it already had.

Toldson commented that the interruptions to fundraising efforts, closed dorms and lost money from bookstores and dining halls, which all institutions are facing, will hit HBCUs particularly hard, since they had less money to begin with

Additionally, an HBCU with financial issues may lead to them losing their accreditation status. Without this status, it is “nearly impossible” to recruit students.

Some HBCUs are in debt, which is one of the reasons these institutions may be building new dorms for students. With students having to leave the dorms, it is harder for certain HBCUs to pay off debt, as they are losing money as students find off-campus housing.

With less government resources available to them, HBCUs lack rainy day funds, and after the COVID-19 crisis is through, some may even risk closing

HBCUs also lack philanthropic funding, with PWIs receiving  $2.94 billion in donations in 2019 versus $43 million for HBCUs, according to Gregory Price, University of New Orleans economics professor.

Systemically, Black families make much less money than white families on average and find it more difficult to give back to their HBCUs.

HBCUs that cannot financially withstand the decline in enrollment and lack needed infrastructure, including empty leadership positions, may be at risk of declining and eventually closing.

An example of an HBCU closing was St. Paul’s College in Virginia in 2013. St. Paul’s faced declines in enrollment and lost revenue.

Price pointed out that multiple HBCUs have been placed on probation by regional accreditors for being financially unstable. The COVID-19 crisis may worsen the status of these HBCUs.

To deal with the situation of underfunded HBCUs, some of the professors call on the federal government for financial assistance. One proposal is for a coronavirus stimulus package that includes providing $1,000 for every HBCU student, among other resources. Emergency relief for revenue loss for HBCUs was also among the proposals.