Ángeles Maestro is a public health doctor, a leader of the Red Network in the Spanish state and a former elected deputy to the federal parliament. She outlines the situation facing workers in that country regarding COVID-19 and proposes a fightback program to counter the government’s Emergency Decree. Translation by John Catalinotto. 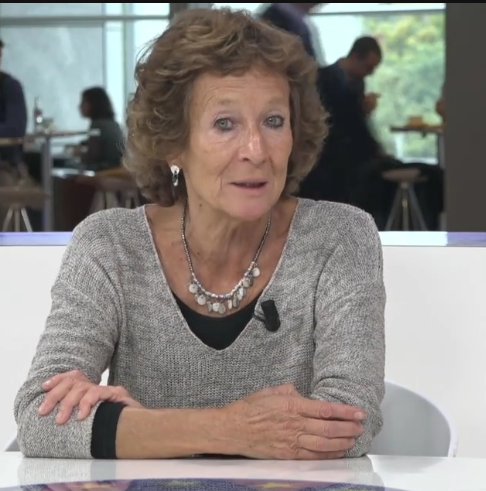 Ángeles Maestro, former deputy to the National Assembly in Spain.

It is well known that the coronavirus pandemic (COVID-19) has triggered a serious economic crisis that has only just begun. So serious, in fact, that the closure of companies is spreading in a chain reaction and in a way almost as explosive as the microorganism itself.

Although it is hardly publicized, desperation and anguish are rampant in working-class neighborhoods. The existing enormous job insecurity makes it easy for bosses to fire people with little to no severance payments: They simply fail to renew employment contracts.

Furthermore, taking advantage of the prevailing panic, bosses tell workers to go home directly. They skip all administrative procedures, to such an extent that workers could be accused of abandoning their jobs.

The loss of employment under these conditions means the disappearance of all income for people and families who were already barely managing to survive. I refer to data from the European Rate of Poverty and Social Exclusion (2019) or the most recent data from the U.N. Rapporteur on Extreme Poverty: Before the coronavirus, 12 million people in Spain received an income below the minimum survival index and half of the population could not heat their homes in winter or buy meat or fish once a week. (tinyurl.com/vaf9jwa/Spanish)

The mass layoffs come atop this already dramatic situation and the vast majority of those laid off have no social protection.

The Declaration of the State of Emergency in no way refers to the most inescapable responsibilities of the federal government: to ensure the living conditions of all people, native or foreign, who reside here.

It is scandalous that the decree has been published without establishing extraordinary measures within the competence of the central government aimed at substantially increasing health care resources, which are already overstretched and clearly insufficient for the expected increase in health care needs.  Above all, we cannot accept the absence of urgent and essential social and employment measures to stop the bloodletting of these new layoffs that is plunging millions of people further into misery.

And over and above this, what is intolerable is that, in such a serious public health emergency, of extreme need, the decree fails to address the accumulated deterioration of public services over the last 10 years. It also subordinates the spending by all public administrations to the cuts imposed by the European Union, introduced in 2011 through the reform of Article 135 of the Constitution, which was proposed by the PSOE [Socialist Party] and supported by the PP [Popular Party, center-right].

Legal mechanisms are available, if desired. The Emergency Decree must suspend debt payment and compliance with deficit targets for all public administrations. Especially when such measures are provided for in Article 11.3 of the Organic Law 2/2012 on Budgetary Stability, which precisely develops this constitutional reform of 2011 and which must be activated immediately. This article allows the government to incur a structural deficit in situations of “extraordinary emergency” — in other words, to take the necessary measures to obtain immediate resources.

It reads as follows: “Exceptionally, the State and the Autonomous Communities may incur a structural deficit in the event of natural disasters, serious economic recession or situations of extraordinary emergency that are beyond the control of the Public Administrations and significantly impair their financial situation or their economic or social sustainability, as assessed by the absolute majority of the members of Congress.”

Society’s resources must always be at the service of the population, especially when dramatic situations such as the present one are experienced. The Chinese government built the necessary hospitals in Wuhan in 10 days; why not here?

The inescapable and immediate measures that need to be taken in the health field are:

It is obvious that many of these measures are incompatible with the legal framework resulting from the latest labor reforms [changes that diminish workers’ protections]. Now, the decree incorporates measures that imply de facto intervention in the productive activity of companies or the suspension of the State of the Autonomous Communities (more than questionable in the case of the recentralization of state security powers). It can equally take the necessary steps to suspend the validity of the labor reforms, so that we stop this social bleeding.

All these measures are indispensable for maintaining basic living conditions.

If they are not taken, we must ask: Will the State of Emergency establish unified powers for all the forces of order under the command of the minister of the interior, who could direct them against the people in the event of a social uprising?

Indeed, in terrible situations such as the present one, we can clearly see the absurd attack on life that involves the accumulation of wealth in a few hands and misery for the vast majority. We must do this without forgetting all the power structures that have been created precisely to ensure the continuation of the enormous social violence caused by this inequality.