A mass shooting took place on Feb. 26 in Milwaukee, Wis., at the Molson Coors brewery when a worker, Anthony Ferrill, opened fire and killed five co-workers before killing himself. This tragic development was hardly a blip on the radar screen of mass media when all of a sudden it just disappeared. A week later, the March 4 Washington Post published an article: “Noose found on gunman’s locker at Milwaukee Coors facility years before deadly shooting,” illuminating some important details behind the shootings. 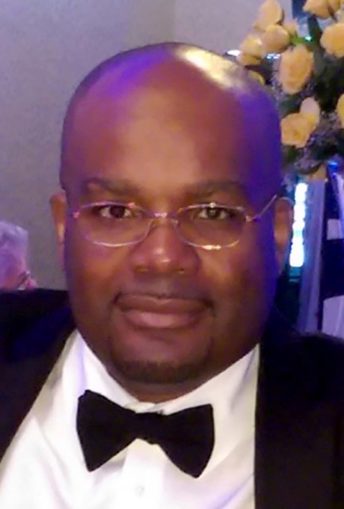 The article explained that Ferrill, an African American, was an electrician who had worked for 17 years at the brewery. The article focused much attention on the entrenched white supremacist atmosphere that African Americans like Ferrill and other workers of color had to endure on the job. A noose and the N-word were scrawled on Ferrill’s locker four years before the shooting when he was absent from work. Swastikas were also found in or around in the workplace for years on numerous occasions, along with sexist slurs against women workers.

While the Milwaukee police dismissed the issue of the noose and the racial slur as motivating factors for Ferrill’s actions, a number of his co-workers of color had a different story to tell in describing the decades-long, painful, racist environment at the brewery.

Raylynne Clayborn, a Black machinist who was fired in 2018, stated that other Black employees were constantly taking down offensive, stereotypical cartoons of Black people, portrayed as primates and eating watermelon, in the panel room where beer production took place. In response to these hate crimes, Clayborn commented in the Washington Post, “We were immune to it; that was the norm.”

Jelani Muhammad, who worked at the brewery for four years, remarked that he was constantly taunted for being a Muslim. Being called “Salami” and “Jamal” by racist co-workers, he stated, “I’d hear jokes about me putting a bomb in someone’s car or putting a bomb somewhere in the building. I never took it to management because there was a time when a guy was making a joke in front of a supervisor and the supervisor didn’t say a thing about it.”

In fact many of Ferrill’s co-workers’ complaints about racist behavior would either be downplayed or ignored altogether by management.

Ferrill’s family stated that the abuse had taken a monumental toll on his physical and mental health.

Milwaukee: — a besieged city, then and now

Back in 1984, 33 years before Miller and Coors beer began their joint venture in 2007, William K. Coors, chair and chief executive of Adolph Coors Co., stated in 1984 that Black people lack “intellectual capacity.” Beside Coors’ racist hiring policies against Black and Brown workers, Coors’ anti-LGBTQ2S+ bigotry led to a victorious beer boycott in the late 1970s.

Ten years later, the then-Miller Brewing Company paid $2.7 million to Black workers at its plant in Fulton, N.Y., after being found guilty in a lawsuit of all forms of racist harassment.

The appalling white supremacist conditions at the Molson Coors Brewing Company cannot be separated from the racist occupation and subjugation of the entire Black community in Milwaukee. With a 40 percent Black population, Milwaukee was named the most segregated city in the U.S. in 2019, according to a study by the Brookings Institution.

In 2015, four out of five Black children lived in poverty throughout Wisconsin. (npr.org) In 2017, almost one-third of the population in Milwaukee and 40 percent of its children lived below the poverty rate. (Wisconsin Public Radio)

Mandatory sentencing has led to a national explosion of investment in public and private prisons over the past 25 years. According to the New Republic, the zip code with the most incarcerations in the U.S., 53206, belongs to Milwaukee. (2019)

Police brutality is an everyday occurrence in Milwaukee, including killings of Black men like Dontre Hamilton in 2014 and Sylville Smith in 2017. Of course, none of the white police officers involved in the murders were arrested or indicted. Two years ago on Jan. 26, Sterling Brown, a basketball player with the Milwaukee Bucks, was attacked by the Milwaukee police for parking illegally at a Walgreens.  He received a $500,000 out-of-court settlement.

A hanging noose is historically associated with the lynchings of untold thousands of African Americans, especially in the Deep South during the Jim Crow era. But as the great Malcolm X once told an audience, anything south of the Canadian border is the South — meaning that racism can be anywhere regardless of boundaries. Just ask Black United Auto Workers at plants in Lima, Ohio; Burton and Sterling Heights, Mich.; Riverside, Mo., and Rockford, Ill., who experienced hanging nooses, racist graffiti, attempted firebombs, and physical violence on and off the job a few years ago. These heroic workers refused to be silent when such atrocities took place — but they should not have been alone in their struggle.

Racism is a byproduct of capitalism, meant to divide and conquer workers of all nationalities. But it is important for white workers to show class solidarity with the most oppressed workers on the job and in the streets against this white supremacist ideology, propagated by the capitalist bosses to hold on to their profits.

Black workers, like Anthony Ferrill, should not bear the brunt of internalizing this ugly disease that manifests itself in so many forms.

Ferrill may have pulled the trigger, but it was racism that was the real killer.