March 16 — In the middle of the COVID-19 coronavirus crisis, socialist consciousness and solidarity with socialist countries is extremely crucial.  Readers of Workers World are probably aware that the World Health Organization has commended People’s China for its meticulous and effective handling of the pandemic, when compared to other countries. A March 5 article in WW, “How Cuba’s Antiviral Medicine Is Helping China,” pointed out that revolutionary Cuba has developed an antiviral vaccine called Recombinant Interferon Alpha 2B (IFNrec) that China is using to help slow the spread of COVID-19. 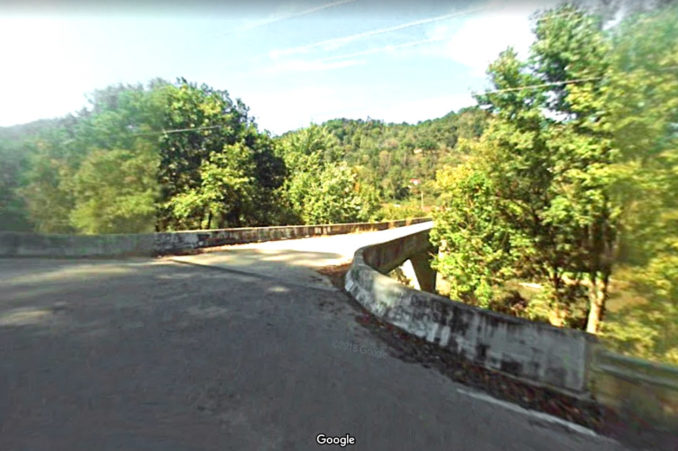 The bridge in West Virginia that the USSR helped build.

Now COVID-19 is spreading like wildfire throughout the capitalist United States. But it is certain that Cuba will not be able to provide the same assistance with vaccines to the U.S., since the current White House administration has viciously reversed the détente relations set up by the previous U.S. administration.

This is yet one more example of how the capitalist profit system is actively blocking ways to fight the virus. U.S. leaders should be tried by a people’s tribunal for allowing the virus to spread, as well as for maintaining a profit-driven health care system that ranks lowest in the developed world.

Capitalist countries — particularly the U.S. — have an anarchy of production, based on greed and exploitation. Socialist countries have a centrally planned economy that is able to meet the needs of its citizens — and assist other struggling countries and communities as well. Here is one example.

How the former USSR once helped a rural West Virginia community

Almost no one nowadays knows that in 1977 the Soviet Union assisted a small West Virginia town, Vulcan, in a crisis that U.S. state and federal authorities had turned their backs on.

Vulcan — not far from Matewan, one of the Mine War battlegrounds of West Virginia — was ravaged by the closings of coal mines in the 1960s. The few workers who remained relied on a dilapidated wooden bridge to commute across the Tug Fork River to Kentucky.

In 1975, the bridge collapsed, leaving families on both sides of  the river stranded. Vulcan community members made an appeal to both state and federal officials to build a new bridge, but the request was ignored. There was no financial incentive for Big Business.

Then the people of Vulcan decided to do what no U.S. community had done before: They made an appeal for help to both the Soviet Union and the German Democratic Republic through those countries’ embassies in Washington, D.C.

A New York-based Soviet journalist, Iona Andronov,  heard about the plea and went to Vulcan to interview the townspeople.  The Soviet Union also sent representatives from its D.C. embassy, announcing its intention to help the community build a new bridge.

By March 15, the bourgeois corporate press has reported that West Virginia is the last state in the U.S. to have no confirmed cases of COVID-19. What is not being mentioned is that the state is even less prepared and equipped than the rest of the U.S. for testing and treatment. By mid-March, only 31 people in the state had been tested, with 26 tests coming back negative and 5 still pending.

This author has been told by local health care workers that people are not being sufficiently tested, including health care workers themselves. The workers cite the arbitrary criteria for symptoms and the fact there are next to no test kits. Several cases of COVID-19 have been confirmed in neighboring communities in states bordering West Virginia.

On March 13, bigoted billionaire Gov. Jim Justice conducted a press conference where he announced state public schools would be closed on the coming Monday. Later that day, the state superintendent of schools ordered all school workers to continue to report, leading to a pushback by education workers. As of this writing, some superintendents have ordered teachers to go back to work without students present, while most have not. All school districts are asking “essential employees” — support staff including food service workers, bus drivers and custodial staff —  to still report.

What makes the medical crisis even more appalling is that several hospitals have recently closed throughout the state because the corporations that controlled them were not raking in enough profits.  Meanwhile, People’s China, under a centrally planned system, was able to build two hospitals within 10 days each to meet the COVID-19 crisis.

Unlike socialist countries, U.S. leaders, along with West Virginia state officials, are incapable of meeting the needs of the people who live here. The focus of  U.S. leaders is on supporting and bailing out banks, big businesses, Wall Street and war creators.

Marxist-Leninists do not have a crystal ball to predict the future, but in contrast to the capitalists, we revolutionaries understand that it is important to plan and prepare for all the needs of workers and oppressed people. History teaches us that the only way to provide adequate health care and to ensure quality infrastructure is not through decaying capitalism — but through revolutionary socialism.