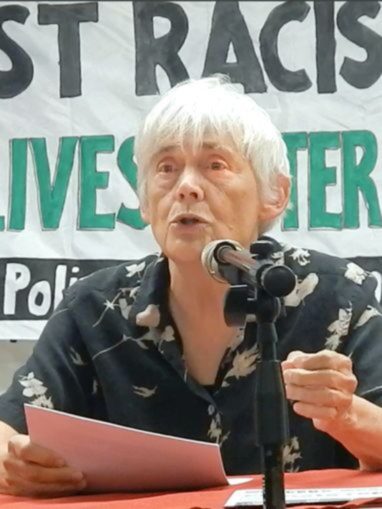 This disease is very serious, it’s now worldwide, and it will impact on everyone in one way or another. It’s being reported that testing for the coronavirus in this country has been delayed for lack of equipment, money and personnel. This means there are already probably a lot more sick people than are being reported.

Comrades should pay attention to what medical experts are saying and make every effort to stay safe and look out for one another. We need to take this serious situation into account in relation to all our activities, whether in our offices or in the streets.

This pandemic is going to affect hundreds of millions of workers, especially those whose jobs put them in contact with many other people. And it’s not only that they risk illness. Thousands of workers are already being laid off here in the U.S. because the epidemic is shutting down parts of the economy, beginning with West Coast dockworkers.

At the same time, Wall Street continues to tank. The Federal Reserve Bank pumped $500 billion into the market earlier this week. It didn’t work. So the Fed announced just March 12 that it was pumping ONE AND A HALF TRILLION more dollars into the markets over the next two days.

So what happened after that announcement? Did the market recover? No way. After a brief rise, the Dow Jones lost 10 percent of its value, the biggest drop since 1987.

It’s a clear signal that the capitalist economy is ready to collapse. As for politics, Trump is playing the angry leader whose good work is being destroyed by all his bad underlings. His latest attack is on Jerome Powell, the chair of the Federal Reserve Bank.

This is just the kind of political drama that ruling-class politicians resort to when the system is in crisis. Trump is also blaming the virus for pulling down the capitalist economy.

But there was a big drop in oil prices way before the virus spread here. And the demand for oil is closely linked to overall capitalist production. The steep drop in the price of oil is a symptom of declining world production. The virus is making the crash much sharper and deeper, but it’s not the cause of the crisis unfolding in the capitalist economy.

For example, look at China. It had the first big outbreak of COVID-19, and that definitely hit the Chinese economy hard. But the Chinese economy is NOT in a tailspin. And China is now starting to dismantle the emergency hospitals it erected so quickly in Wuhan. The number of new cases in China today was only three, while the number of new cases in the capitalist U.S. today was 349 and rising. In capitalist Italy there were 2,651 new cases of the virus today.

But the crisis in China is over, because the Chinese economy is not driven by profits the way the U.S. economy is. Profits do play a role in China because the government has allowed some capitalist activity, but profits don’t dominate. The Chinese Communist Party was able to quickly mobilize the resources needed to contain the virus, keeping people home while vital services continued. And they made sure no one starved or lost their life savings or their homes.

This crisis is making it clearer than ever that the superior social system developing in the world today is socialism — even though socialism is still struggling to survive faced with the monstrous destructive military power of capitalism.

What this election year shows is that socialism is already popular among the U.S. masses, but also that the Democratic Party leaders will pull out all stops to make sure that a true-blue capitalist like Biden gets their nomination.

Let’s get out there with our revolutionary message. As this crisis grows, people are really going to start to listen.