Hundreds of thousands of people have been in the streets protesting for months. Transportation strikes have disrupted travel. Public opinion supports the strikes, even though they were extremely inconvenient. Students and teachers from primary grades to universities have walked out repeatedly.

Still, the French government under President Emmanuel Macron — a former investment banker — did not back down and withdraw its reactionary anti-worker pension “reform” bill. 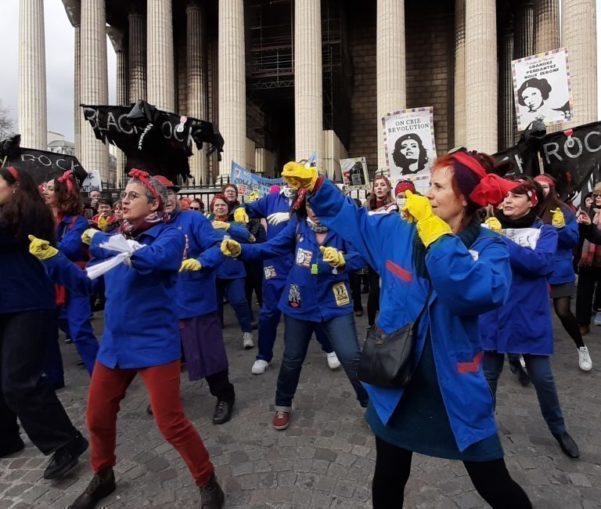 When the bill was introduced in the National Assembly in January, it quickly drew 40,000 amendments and fierce resistance. The United Left in the Assembly, which includes the French Communist Party, France Insoumise (France Unbowed) and other smaller groups, called for a referendum.

When it became clear that the government was going to have serious problems getting the bill passed, Prime Minister Édouard Philippe invoked a constitutional procedure that let him force the bill through the Assembly Feb. 29 without a vote and without any more debate. (When a prime minister of a different party invoked this procedure a few years ago, Philippe resigned his assembly seat in protest.)

The coalition of unions and youth groups that has led the struggle against pension reform called for immediate protests. A large contingent from this coalition joined the International Working Women’s Day march on March 8 in Paris, vigorously raising the fact that Macron’s “pension reform” severely disadvantages women.

According to French Television, 60,000 people, mainly but not exclusively female, marched in Paris.

The unions are calling for more protests at the end of March after the municipal elections are completed.