March 9 — Mounting concern and panic over the global outbreak COVID-19 has gripped headlines as more countries grapple with its spread. Over 100,000 people worldwide have been confirmed positive for the virus, with many more cases surely going undetected. Italy has declared a travel ban in the entire country, and other countries are considering drastic responses. 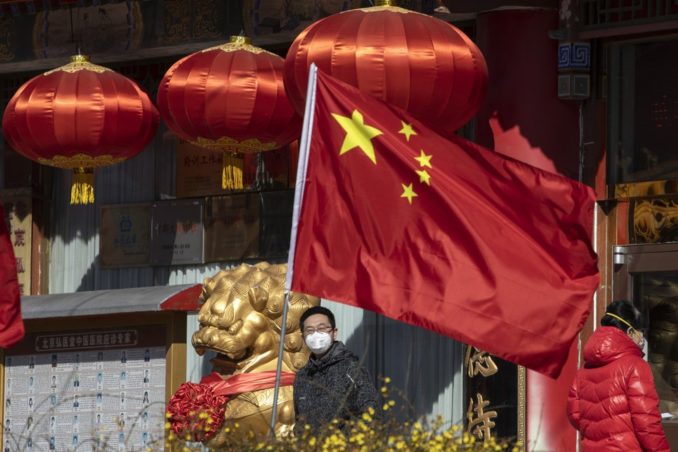 In China, thousands of recovered patients are going home and the number of new virus cases has fallen dramatically.

The Western media focused for months on China’s response, often condemning it as authoritarian and downplaying its effectiveness. Yet it has become clear that China’s unprecedented quarantines, rapid construction of new hospitals, huge increase in testing capabilities and production of medical supplies, free testing and treatment, and mass mobilizations of medical workers, People’s Liberation Army soldiers and Communist Party members have succeeded in slowing the spread of the virus and reducing infections.

China’s ability to take steps based on human need rather than by seeking to maximize profit has given it an advantage in combating the epidemic.

In a March 4 interview with the New York Times, Dr. Bruce Aylward, part of the WHO team that visited China in February, said, “A rapidly escalating outbreak has plateaued, and come down faster than would have been expected. Back of the envelope, it’s hundreds of thousands of people in China who did not get COVID-19 because of this aggressive response.”

He added, “China is really good at keeping people alive. Its hospitals looked better than some I see here in Switzerland. We’d ask, ‘How many ventilators do you have?’ They’d say, ‘50.’ Wow! We’d say, ‘How many ECMOs?’ They’d say, ‘Five.’” (ECMOs are machines that circulate blood outside the body for oxygenation.)

“The [Chinese] government made it clear: testing is free,” Aylward pointed out. He noted if you tested positive for COVID-19 when your insurance ended, the state picked up all costs, and that in the U.S., personal cost is a barrier to speedy treatment: “That’s what could wreak havoc. This is where universal health care coverage and security intersect.”

Asked if China’s response was “possible only because China is an autocracy,” Dr. Aylward replied, “I talked to lots of people outside the system — in hotels, on trains, in the streets at night. They’re mobilized, like in a war, and it’s fear of the virus that was driving them. They really saw themselves as on the front lines of protecting the rest of China. And the world.”

Sylvie Briand, director of Infectious Hazard Management at the WHO, told reporters, “Measures on movement restriction have delayed the dissemination of the outbreak two or three days within China and a few weeks outside China.” (cgtn.com, Feb. 19)

High-cost response in the U.S.

The U.S. response to growing numbers of COVID-19 cases contrasts with China’s. In a Feb. 26 press conference, Vice President Mike Pence, who has no medical training and was governor of Indiana during one of that state’s worst HIV outbreaks, was tapped by President Trump to direct the federal government’s response.

During the press conference, Trump made several misleading and outright false claims that contradict the government’s own scientists. He claimed that cases are “going very substantially down, not up”  and that the U.S. is “rapidly developing a vaccine” and “will essentially have a flu shot for this in a fairly quick manner.”

The director of the National Institutes of Allergy and Infectious Diseases, Dr. Anthony Fauci, however, stated that a vaccine won’t be ready for another 12 to 18 months. Health Secretary Alex Azar refused to say that a potential vaccine would be affordable for all. This mirrors other parts of the high-cost U.S. health care system.

At the March 3 White House press conference, CNN correspondent Jim Acosta tweeted: “WH is allowing only still photos of this Coronavirus briefing. No audio or video permitted.” A week earlier the administration sought to lock down information about the outbreak, instructing scientists to coordinate all statements and public appearances with Pence.

Federal agencies are wholly unprepared for an epidemic of this scale. There are nearly 700 vacancies at the  Centers for Disease Control and Prevention due to a freeze in hiring Trump initiated to cut costs. Public health agencies across the board have suffered from funding cuts for years.

In 2018 Trump slashed 80 percent of the budget from the CDC program to prevent global disease outbreaks and disbanded the government’s global health security team created to lead the U.S. response in a pandemic.

With nothing to back him up, Pence promised that the U.S. would be capable of performing over 1.5 million tests a week. The actual numbers are far lower. Washington state, which reported the most cases as of March 8, can perform a little over 1,000 tests a day. Oregon can only test 40 a day, while Arkansas can test just four or five. Earlier this week the CDC announced it would stop reporting how many tests it has performed.

Statements about tests have omitted reporting that, in order to confirm a positive result, a person must be tested twice. A state conducting 1,000 tests a day can only test 500 people. The country’s true testing capability is unclear, leaving the public in the dark as to just how widespread the virus has become.

The failure of capitalist health care

The slow, botched and opaque response of the Trump administration contrasts with China’s rapid response that has slowed the spread of disease within its borders.

The U.S., with a larger but completely capitalist economy, has failed to do what China has done on its road to socialism. U.S. government officials seem more concerned with how the stock market and quarterly profits will be affected than with public health.

China’s quarantines and other measures negatively impacted its economy, yet China’s steps against the virus protected the health of millions of people — within China and around the world.

The capitalist U.S. seemingly cannot, or will not, prioritize the health of even the people living within its borders.