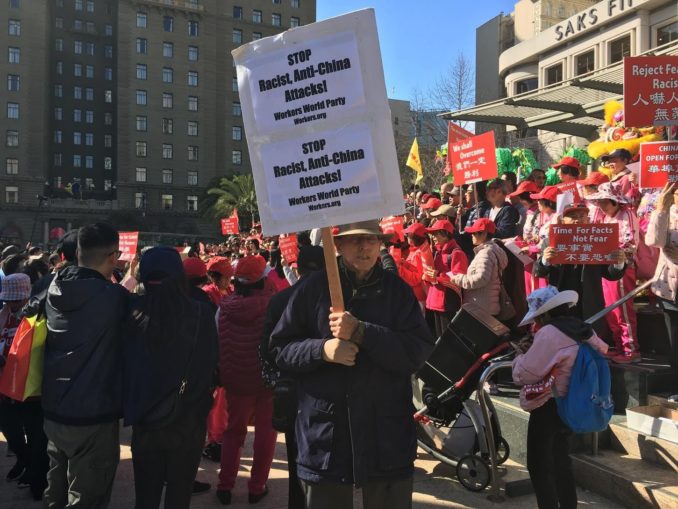 Over a thousand people marched from San Francisco Chinatown to Union Square on Feb. 29 to protest the wave of racism against Chinese people in U.S. media and political circles, since the outbreak of COVID-19 in Wuhan, China. Organized by a broad coalition of Chinese-American organizations and supported by a local chapter of Veterans for Peace, the march started out in Portsmouth Square Park, then took over Grant Avenue on the way to a mass rally in Union Square. People sang patriotic songs and enjoyed a militant dance by martial artists. Judge Julie Tang, interviewed in Chinese on Sing Tao Radio, said “Let us fight back together.”