Hydraulic fracturing, known as “fracking,” is the process of forcing chemical-laden water into underground shale formations in order to extract natural gas and oil. This practice escalated in the early 2000s. 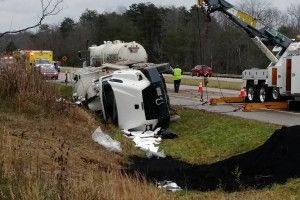 The energy companies based their arguments on comparisons with coal and nuclear power. They dismissed scientists’ concerns that the methane gas released by fracking was a more harmful greenhouse gas than carbon dioxide linked to global warming. The drillers claimed well water contamination was “naturally occurring.”

Despite voices cautioning that this was another fraudulent, but lucrative, scheme, the global development of “unconventional” fossil fuel drilling fueled a frenzy on Wall Street by 2014. At the time, Washington’s ban on exporting gas and oil from the U.S. caused many industry analysts to question whether domestic sales of fracked oil and gas brought in sufficient earnings to offset the cost of securing land leases and paying for fracking.

The Obama administration saved the industry by reversing some prohibitions against exporting U.S. gas and oil. Suddenly there was a rush to create pipelines and facilities to accommodate export abroad, which reaps higher earnings than domestic profits.

By 2016, fracking was used in two-thirds of all new wells, reported the Energy Information Administration. There were 1 million active oil or natural gas wells across 33 states.

The Trump administration enabled the energy industry to expand the use of fracking by lifting export restrictions. The result was a 300 percent increase in drilling permits. Trump’s rollback of environmental protections directly benefited this industry, already seriously under-regulated.

By 2017, U.S. oil production from fracking grew to around 9.6 million barrels a day — nearly double that of a decade earlier. Hydraulic fracturing enabled the U.S. to become the largest oil and gas producer in the world, with natural gas production increasing by 70 percent from 2005 to 2018. However, greenhouse gas emissions also rose, increasing 13 percent in just two years from 2016 to 2018.

A trillion gallons of wastewater a year

The fracking process involves the use of 2 million to 8 million gallons of water per well, depending on the rock formation. The water is mixed with chemicals that are often toxic, even carcinogenic. Companies frequently refuse to disclose the contents of these chemicals, claiming they are “trade secrets.”

As the natural gas flows to the surface, it brings wastewater with it, which contains salts and chemicals — and also, radioactive materials that occur naturally in underground formations. Labeled “brine” by the industry, this wastewater often contains high levels of the chemical element radium.

Fracking produces nearly 1 trillion gallons of toxic wastewater each year. In January, Rolling Stone magazine reported on an investigation showing that this toxic liquid is making workers sick and is spreading contamination across the U.S.

Among workers most affected are truck drivers paid to haul away the brine. Often unknowingly, these tanker-truck drivers carry “hot loads” that average around 9,300 picocuries of radium per liter and can run as high as 28,500 picocuries.

Radium, which is abundant in brine, is so dangerous it is subject to tight restrictions, even at hazardous-waste sites. Because radium contains the carcinogens radium-226 and radium-228, the Nuclear Regulatory Commission requires industrial discharge to remain below 60 picocuries per liter of each.

The documentary film “Gaslands,” directed by environmentalist Josh Fox and released in 2010, focuses on fracking’s impact in several states. It explains that one fracking injection will yield 200 to 300 tanker trucks of toxic, radioactive waste. Each industrial well site contains dozens of surface pads which each contain 20 or more wells. Fracking at only one well site may require 38,400 to 172,800 tanker-truck trips over its lifespan.

Drivers are rarely given protective clothing, and tanker spills are common. The Department of Transportation requires that trucks carrying radioactive materials be clearly designated with placards containing a radioactivity symbol. However, the industry flouts this regulation, as warning signs are rarely displayed on trucks hauling brine.

Claiming that brine is “completely safe,” energy companies have concocted many methods to dispose of this dangerous, deadly mix.

One common practice in Pennsylvania was to dump the brine directly into nearby rivers until it was exposed when wastewater filtration centers near Philadelphia and Pittsburgh reported extensive corrosion in their systems’ pipes. Then it was banned.

Another increasingly common disposal method is to pump millions of gallons of brine deep into injection wells. It has been proven that this practice can trigger damaging earthquakes in areas near wells.

Perhaps the most insidious industry practice has been to offer free brine to states and rural townships for use along highways as a winter de-icer and for dust control on unpaved roads. This way to “dispose” of brine deposits high radioactivity in the soil where it will stay forever, endangering nearby communities. Yet, this practice is legal in 13 states!

Consumers who buy a turquoise jug of liquid de-icer AquaSalina at their local hardware store can spread brine with radium levels of roughly 2,500 picocuries per liter on their patio, sidewalk or driveway. The industry has knowingly designated this commercial disposal of carcinogenic brine as “beneficial use.” This bottled radioactive waste is even labeled “safe for environment and pets”!