The resolution below was passed unanimously at the monthly membership meeting of United Steelworkers Local 8751, the Boston School Bus Drivers Union, at the Boston Teachers Union hall, presided over by President André François, on Jan. 23.

Whereas, USW Local 8751 represents over 1,000 school bus drivers in Boston and Randolph, Mass., most of whose families are from Haiti, Cape Verde, Barbados, Jamaica, Ethiopia, Santo Domingo, Vietnam, Honduras, states of the U.S. South, homelands that experienced waves of successive enslavement, invasion and occupation since 1492 by armies from Spain, Portugal, France, Britain, Italy and the United States, and; 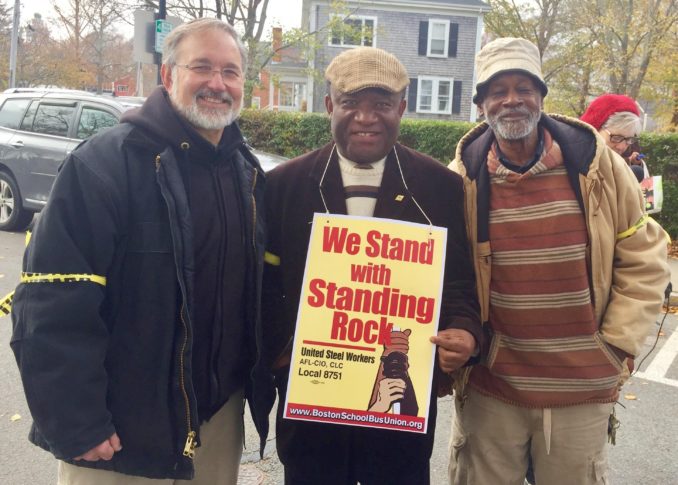 Whereas, USW Local 8751 has since its founding worked to promote solidarity between our members, their families and Indigenous nations and organizations, to honor Indigenous nations and peoples upon whose land we work and currently live, including for decades supporting through our finances, attendance, logistical support and union calendars and contract language the efforts of the Wampanoag Nation and the United American Indians of New England, and;

Whereas, USW Local 8751 has for decades marked the fourth Thursday of November as a “National Day of Mourning” in Plymouth, Mass., and the second Monday of October as “Indigenous Peoples Day,” joining justice-minded unions, cities and towns from coast to coast working to rectify the centuries of racism, land theft, genocide and mythology that accompanied European settler colonialism and that Indigenous peoples continue to experience today,

Therefore, Be It Resolved that USW Local 8751 demands that the Massachusetts House of Representatives, Senate and Governor Baker immediately enact the full Massachusetts Indigenous Legislative Agenda to: