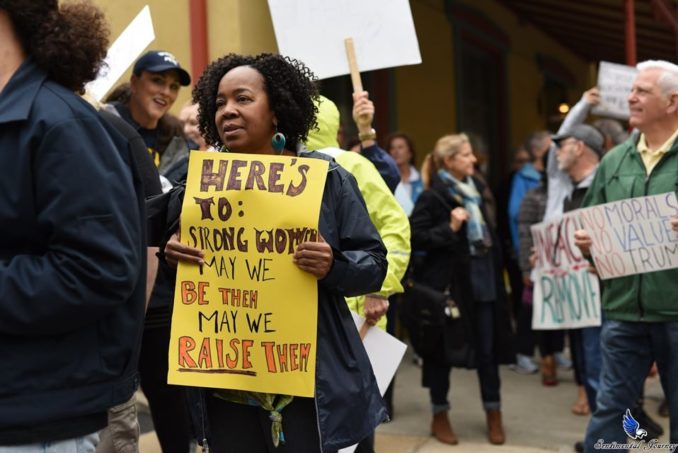 On Jan. 18 over 200 people took to the streets of downtown Pensacola to reaffirm the struggle against capitalism and Trump —  a symptom of capitalism — and for women’s liberation. People of all races, genders and backgrounds carried signs demanding the end to the patriarchal ruling class that harms and kills women every day. They all marched slightly over a mile to historic Seville Square where multiple speakers spoke on Black liberation, im/migration, LGBTQ2+ struggles, environmentalism and other movements against oppression.

This writer spoke on the ongoing genocide against Black trans women — a large majority of all trans women killed last year — and the need for the women’s liberation movement to always bring forward trans women of color and work toward an anti-capitalist, anti-imperialist front.

It was announced that MOVE political prisoner Delbert Africa had been released from prison that morning in Pennsylvania, which drew thunderous applause.