An ominous federal takeover of the United Auto Workers union is now a real possibility. According to Federal Attorney Matthew Schneider, “All options are on the table. And [a takeover] is one of the options.” (Detroit Free Press, Jan. 10) 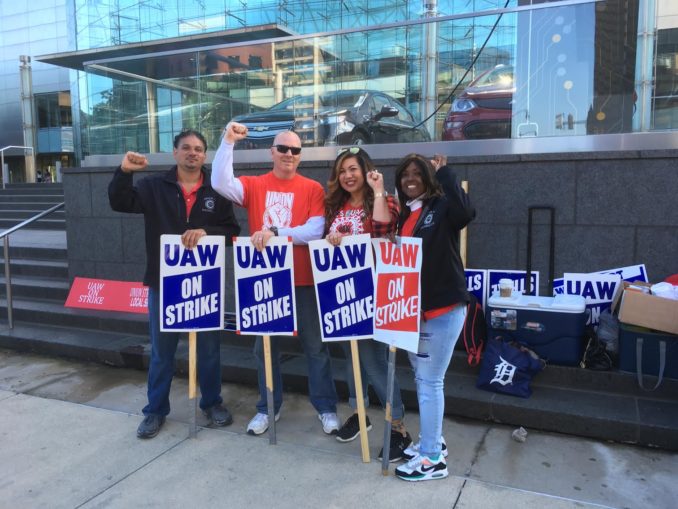 In other words, the capitalist state — overtly hostile to organized labor, especially under the Trump administration — could take advantage of documented corrupt practices to sue the union under the Racketeer Influenced Corrupt Organizations Act (RICO). This could lead to federal oversight.

Nothing could be worse for the UAW and the labor movement as a whole.

These threats follow a federal investigation into corrupt practices by top UAW leaders and staff. First to be charged were individuals in the union’s Fiat Chrysler Automobiles (FCA) Department, who were accused of taking bribes from the company in exchange for agreeing to inferior contract terms and pushing them to the membership for approval. FCA executives were also charged; leaders on both sides have been sentenced to prison or probation.

Members are justifiably outraged at the self-serving behavior of highly paid leaders whom they trusted to fight in their best interests.

That doesn’t mean they want anti-union government agents to come in and clean house for them. And some members rightly question the motives behind the more recent federal pursuit of President Rory Gamble, who took over when Jones resigned. Gamble is the first African-American International President in the union’s 85 years of existence.

There is clearly a double standard on the part of the government — as well as the capitalist media that have attacked the UAW — in the way they have gone after union corruption, which is small potatoes compared to corporate corruption.

After all, UAW corruption did not cause fatal accidents with a faulty ignition switch that General Motors installed to save money. It’s not the union that kills and maims autoworkers, here and in other countries, because corporations won’t spend the extra money to make the workplace safer. Chrysler (now FCA) once fought the federal government over airbag requirements, although they knew airbags save lives.

Rank and file take the initiative

The UAW’s Administrative Caucus, in existence since the late 1940s, has created over time a dysfunctional, top-down, corporate-model structure riddled with nepotism and cronyism. The leadership fully embraced class collaborationism and rejected class struggle. They epitomize what the leader of the Russian Revolution, Vladimir Lenin, coined the “labor aristocracy” — a strata within the working class that has been “bought off” by the capitalists.

Nevertheless, the UAW Constitution has provisions under which the membership can take action to restore democratic control and ethical practices. With enough support, members can force the union to hold a “Special Convention.”

A new rank-and-file group, Unite All Workers for Democracy – UAWD –  has begun the uphill battle to get a Special Convention called for the purpose of setting up a new mechanism to elect the International Executive Board. Currently, the IEB is elected by delegates at the quadrennial Constitutional Convention. What UAWD seeks is quite simple: direct election – “one member, one vote.”

“Our whole effort is to avoid a federal takeover,” according to Scott Houldieson, a founder of UAWD and a member of UAW Local 551 at the Chicago Ford Assembly plant. “The best reform is to empower the membership of our union to hold our officers accountable for weak contracts and corrupt practices.”

Houldieson and three other UAW activists addressed a Jan. 17 webinar, which a number of interested union members attended. For a special convention to be called, the union Constitution requires that resolutions of support be passed by locals representing at least 20 percent of the total UAW membership – about 80,000 members. Right now UAWD is nearing the halfway point.

The UAWD platform, still a work in progress, addresses multiple issues including the need for global worker solidarity and the fight for a shorter work week. The special convention could be a forum for autoworkers to comment on a wide range of issues and map out a real strategy for the rank and file to take back their union. It would be a step toward breaking up the treacherous partnership with the capitalist owners of industry.

Breaking up labor-management cooperation is necessary if organized labor is to remain relevant to the new layers of workers exploited in the gig economy.

Martha Grevatt is Trustee of UAW Local 869. She retired from Fiat Chrysler after 31 years in the plants.