The following resolution was adopted Jan. 13 by unanimous vote of the San Francisco Labor Council.

Whereas, President Trump has placed the whole world on alert and brought the United States closer to war due to the irresponsible assassination of Iranian General Qasem Soleimani; and

Whereas, President Trump has threatened Iranian cultural sites with attack, a threat which, if carried out, is a war crime; and 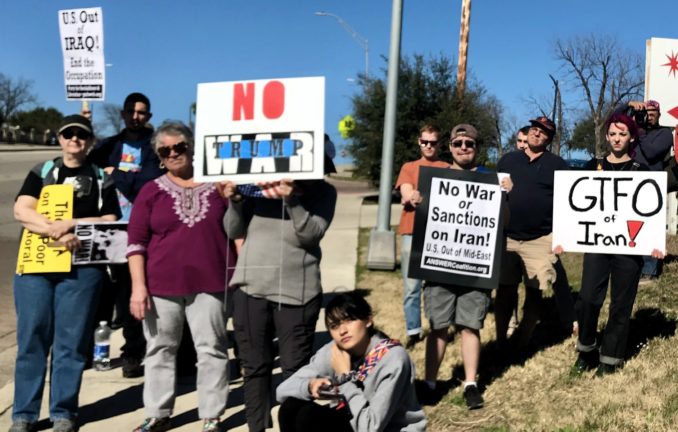 Whereas, the Trump administration recently approved a defense budget that, at $738 billion dollars, is higher than [military spending of] all the [other] countries of the world combined, despite the continued struggle of workers for health care, housing, and good-paying jobs; and

Whereas, according to the Wall Street Journal, the United States, governed by both Democratic and Republican administrations, has spent more than $5.6 trillion in involvement in post-9/11 conflicts; and

Whereas, incalculable harm has been done to the region through the loss of hundreds of thousands of lives, the vast majority of them innocent Iraqi citizens; and

Whereas, unions, the voice of the organized working class, continue to fight for a more just and dignified economy, civil rights, social justice, racial equity and a genuine democracy here at home; and

Whereas, the AFL-CIO has twice passed anti-war resolutions at its national conventions and made the connection between the cost of war and the need to fund the needs of working people; and

Whereas, US Labor Against the War, a national organization of unions and other labor organizations founded in January of 2003 to oppose President George Bush’s then threatened war on Iraq, was instrumental in passing the historic 2005 resolution at the national AFL-CIO convention; and

Whereas, thousands of people in over 90 cities in the United States took to the streets on January 4, 2020, demanding “No war with Iran,” and creating the stirrings of a new anti-war movement; and

Therefore, be it resolved that the San Francisco Labor Council restates the AFL-CIO’s Resolution 50 passed during its 2017 National Convention, promoting and advocating for a foreign policy based on the international solidarity of all workers, mutual respect of all nations and national sovereignty, and calls upon the president and Congress to make war truly the last resort in our country’s foreign relations, and that we seek peace and reconciliation wherever possible; and

Be it finally resolved, that the San Francisco Labor Council endorses the call for Global Day of Protest — No War on Iran! — on Saturday, January 25, 2020, and will send notification to its delegates inviting them to the actions.