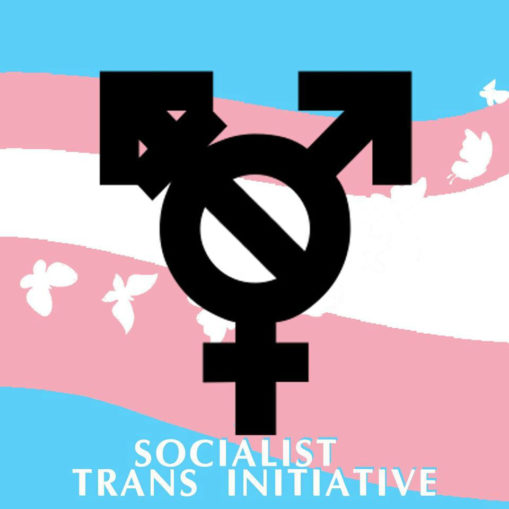 Jan. 1 — Over the past five years, Strive has never attempted to conceal our views. We recognized early on that a major factor in the widespread oppression of transgender/nonbinary/genderqueer/Two-Spirit/non-Western-gendered people is capitalism.

In precapitalist times, gender variance was not only acknowledged, but celebrated. It was only through the development of private property and divide-and-conquer tactics of the developing capitalist class that what we now know as transphobia began to take hold. Transgender people face higher amounts of homelessness, of poverty, of job discrimination, of medical discrimination, of violence, of assault and of murder. At the most concentrated level of these issues are Black transgender women, who face the highest amounts of all these issues, plus the highest rates of HIV/AIDS infection. All this stems from the exploitative system that is capitalism.

Since the current Executive Board began running Strive back in 2017, Strive has branched out to do solidarity work with other organizations around police brutality, prison abolition, anti-racism, anti-xenophobia, pro-immigration and other forms of anti-capitalist work.

All this was one with developing our own Emergency Housing Program, a core mission of Strive, which serves to keep transgender people off the streets, thus reducing the risk of violence to them. We do not discuss numbers much, so as not to come off as bragging or anything like that, but we have kept perhaps a dozen, if not more, homeless transgender people off the streets. We have, with the help of the community, raised thousands of dollars to help transgender people in need. We’ve had power restored in homes, put food in people’s kitchens and put gas in people’s cars. All this is how we win against an exploitative system that does everything in its power to make us fail.

Solidarity is not charity or welfare; we believe in solidarity. It is unfortunate that many in our LGBTQ2S+ movement do not believe in that. As far as “extremists” go, we look to the words of George Jackson, Black Panther Party field marshal and political prisoner:

“I am an extremist. I call for extreme solutions to extreme problems. Where face and freedom are concerned, I do not use or prescribe half-measures. To me life without control over the determining factors is not worth the effort of drawing breath. Without self-determination, I am extremely displeased.”
Transgender people, as well as the LGBTQ2S+ community, face extreme problems. Strive believes, therefore, in extreme solutions.

All this is to say: On Dec. 25, 2019, the Executive Board of Strive voted unanimously to approve a name change. Strive has, up until now, stood for Social Trans Initiative. We believed that a name change to reflect our core values was necessary.

We are a socialist organization, and we believe socialism is the only way for transgender people to get free. Therefore, we voted to change our name to Socialist Trans Initiative. This change takes effect as of today, Jan. 1, 2020.

Thank you to all of you who have worked with us over the years. We look forward to working continuously with you and building a better future.